The concept of visualisation of music through painting has deep roots in traditional Indian miniature painting. Popularly referrd to as Ragamala paintings, they depict Raga-Raginis in the form of deities or Nayaka and Nayikas. Musical modes of Hindustani classical music were classified according to gender in medieval India and were called Ragas and Raginis.

The depiction of Ragas and Raginis through paintings received impetus from prayer formulas or Dhyanas given ancient Sanskrit, Hindi or dialect verses. These were given on top of the paintings. Given the name Ragamala, which literally means “a garland of Ragas”, they constitute a confluence of music, painting and poetry. The author has given her own interpretation of such paintings. She has depicted select Ragas in a pictorial form according to descriptions given in ancient musical canons. In addition to composing the entire iconography using her imagery while adhering to their standard form, she has incorporated certain musical phrases characteristic the given Ragas. These paintings serve as an serve as an example for the principle of assimilation of fine arts. The primary element of these paintings is virtual space in which music acts as the secondary element. Instead of giving the Sanskrit verses on top of the paintings, the author has given them separately owing to space constraints. Since the verses are a description of the iconography shown in the painting, they have also been given in the text describing the paintings. Greater emphasis has given on the assimilation of the musical phrases within the framework of the paintings. Care has been taken to strictly follow the standard iconographies. Thus, they are of great value for the study of fine arts.

Dr. Richa jain is Ph.D. from Faculty of Music and Fine Arts, University of Delhi, Delhi. The topic of her thesis was Depiction of Music through the Medium of Painting in the Indian Tradition, Which was submitted in Oct. 1999, under the guidance of Prof. Krishna Bisht (former Dean of Faculty of Music and Fine Arts). Since childhood, her interests have been music and painting, but her formal training has been in music. Coming from an academic background (her father is a retired Professor from University of Delhi), it was a natural decision to take up music as her subject in college. Ever since, there has been no looking back.

A unique feature of the Indian tradition of miniature painting has been the visual interpretation of Ragas of traditional classical music. The Ragas and Raginis were given an iconographic form of deities or the more secular Nayaka and Nayikas. Such a visualisation of music through paintings received great impetus from prayer formulas or ‘dhyanas’ given in various Sanskrit. Hindi and even dialect verses. These were given on top of the paintings. Thus, such paintings which were given the name, ‘Ragamala’ or a garland of Ragas constituted a confluence of music, painting as well as poetry. It was but obvious that they attracted attention from scholars not only from within the country, but also throughout the world. However, the musical aspect has been largely ignored until now, possibly because mostly painters have shown interest in the Ragamala series of paintings. Some work on this topic has been done in recent years, but the depiction of actual musical phrases in ascent or through paintings was so far deemed an impossibility. In the thesis titled ‘Depiction of music through the medium of paintings in the Indian tradition; it has been an attempt to widen the musical horizon of Ragamala miniature paintings by actually depicting some characteristic phrases of chosen Ragas. It is not being claimed that such a depiction is an actual translation of concert music in its total form. Only the framework of the tonal structure of the Ragas or Ragini has been inculcated in the paintings using colours along with the iconographic structure in order to create to create a link between practical music and the paintings. Such paintings can serve as an aid to the learning process in initial stages for students or connoisseurs of music, who can fathom the basic structure of the umpteen Ragas through merely glancing at the paintings. These paintings serve as examples of the principle of assimilation of the fine arts and are of great significance for the study of Aesthetics.

The book has been divided into four chapters. The first chapters deals with art and the mutual relationship between the fine arts. Since the subject of the book is concerned with an assimilation of the fine arts of music, painting and poesis, a study of the basic elements of fine arts and the comparison of fine arts n their basis has been given in this chapter. The second chapter deals with the Indian tradition of classical music. The historical background of Indian classical music according to ancient to canonical works and later authorities on music has been given in this chapter ranging from Vedic to Modern period. A brief description of various styles and Gharanas or schools of Indian classical music has also been given. In the third chapter, the tradition of painting in Indian has been taken up. The historical development of Indian painting on the basis of literary and archeological sources has been studied. The various schools of painting in Indian tradition, the materials and techniques of minature painting and description of Ragamala miniature paintings in schools has been given in this chapter. The fourth chapter involves the actual depiction of musical phrases through paintings in which original work has been done by the author. Musical phrases have been depicted in three demonstrative paintings made by the author. The phrases depicted have been explained with the help of graphs. This is followed by conclusion and appendices etc. Care has been taken to complete the entire work scientifically, with the help of graphs and tables wherever required.

Ragamala Paintings are a pictorial interpretation of music in the Indian tradition. The paintings are a symbolic representation of the Ragas and Raginis as prevalent in the medieval times. In their own unique way, the paintings convey to us the kind of music that was in vogue during the particular period.

The Ragamala miniature paintings are a beautiful amalgamation of music, painting and poetry. Due to this unique combination, these paintings are often held in awe the world over. The paintings are not only a classical example of traditional Indian art, but also prove the mutual relationship between the fine arts. Thus, they are of immense value for the study of various arts. It will therefore be feasible to discuss about art, its elements and the mutual relationship between the fine arts prior to the main subject.

The word Art is so often used in day to day language, for instance, ‘he has the art of making friends’, and so on. We might say this is not a correct application of the term, but such usage is in the elementary sense. That is in the sense of a skill. According to Eric Gill, ‘Art is skill, that is the first meaning of the word (art)’. The Encyclopedia Britannica defines ‘Art’ thus.

‘Art, in its most basic meaning, signifies a skill or ability. This definition holds true for its latin antecedent, ars, as well as its German equivalent, kunst (derived from konen ‘to be able’)’.

It further states that ‘while art continues to be associated with basic skills (e.g., the art of gardening, the art of warfare), the term more generally carries the connotation of non utilitarian activities, the art of painting, the art poetry, and the art of music’.

The Indian equivalent of Art is ‘Kala’, which has also been used in similar. This word has first been mentioned in the Rigveda. The word ‘Kala’ is derived from the root ‘Kal’ of Sanskrit, meaning expression of the word in clear voice, contemplation, collection, meditation etc. Therefore, Kala or art constitutes the collection of feelings or ideas upon which the artist contemplates and subsequently expresses.

Kala is also known to be a derivative of the root ‘la’, meaning to receive or to give. Accordingly. It can also be said that it gives pleasure. There are various theories about art in Indian as well as Western aesthetics. Let us first consider the various viewpoints 0regarding art before actually defining it.

(i) Sukracarya-‘Learning (Vidya) and art (Kala) both are innumerable, yet number of learning has been counted as grossly thirty two and that of art as sixty four. Whatsoever is definable by words, that is learning, but what everybody, with an aesthetic taste, even a dumb, can do or explain, is an art.’

(ii) Kshemaraj-‘Art brings out the soul of materials or ‘Pramata’ in a controlled manner, that is why it is called ‘Kala’.’

(iv) S.K. Saxena-‘Art, I believe, is the creative invocation of (what is in principle) a presence.

(v) H.L. Sharma-‘Art in the simplest form, means to create, to do, to express. Man creates a form, or does something clever, or he expresses his meaning and motive. This calls for skill and a mastery over his muscle and mind. If what he creates, does and builds has a lasting value of joy for many men, it becomes a work of art. This work we call

(vi) Dr.Syamala Gupta-‘To give a definite form to one’s imagination is the true objective of art.’

(i) Kant (18th century)-‘Art is not pure beauty wholly detached from concept, it is adherent beauty which presupposes and attaches itself to a concept’. Art may represent natural ugliness, artistic beauty ‘is not a beautiful thing but a beautiful representation of a thing.’

(iii) S.K. Langer (mid twentieth century)-Art a ‘creation of forms symbolic of human feeling’...works of art are ‘images of the forms of feelings’ and there purpose is to ‘express its creator’s ideas of immediate felt life’. 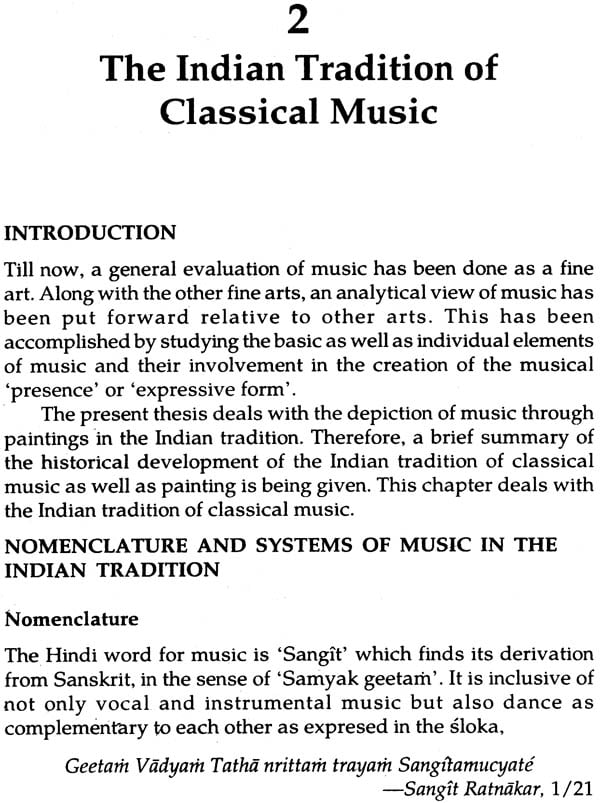 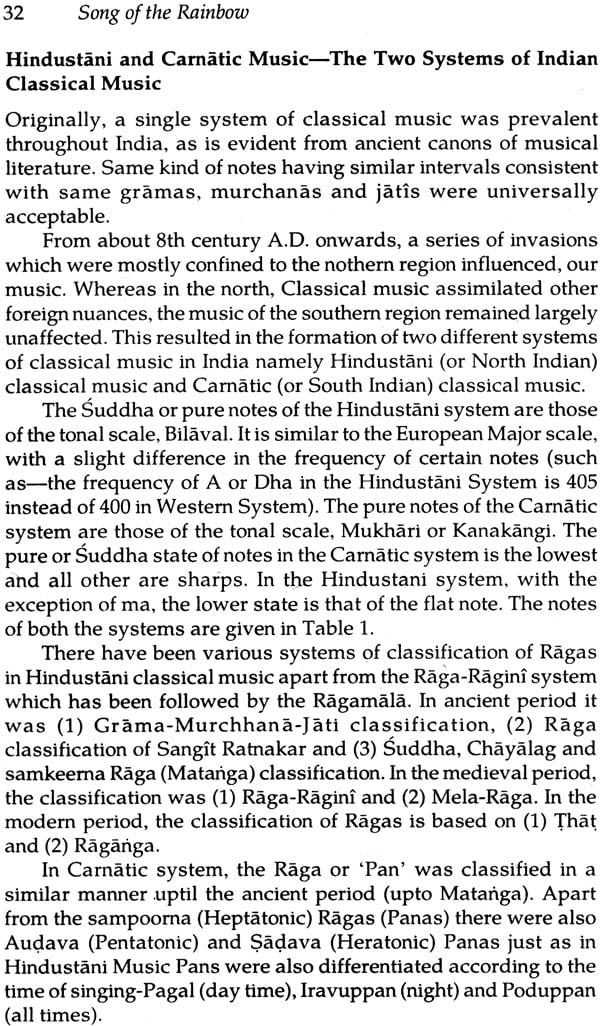 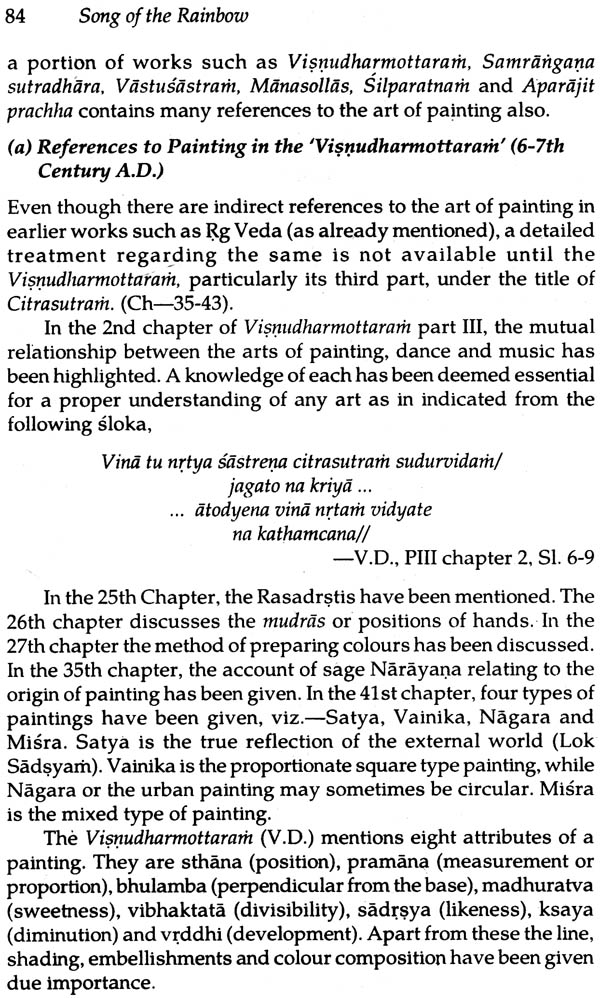 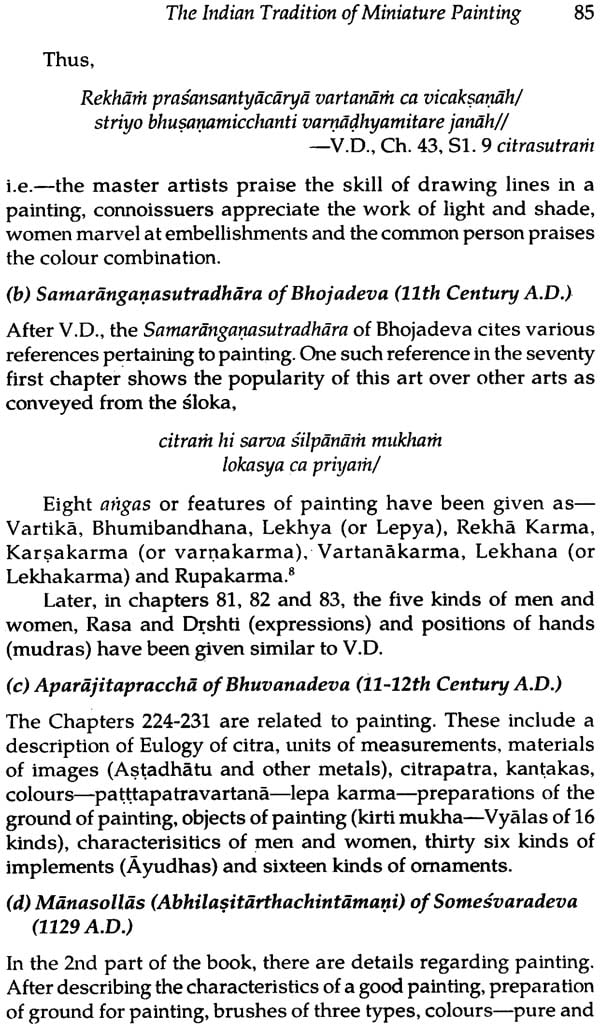 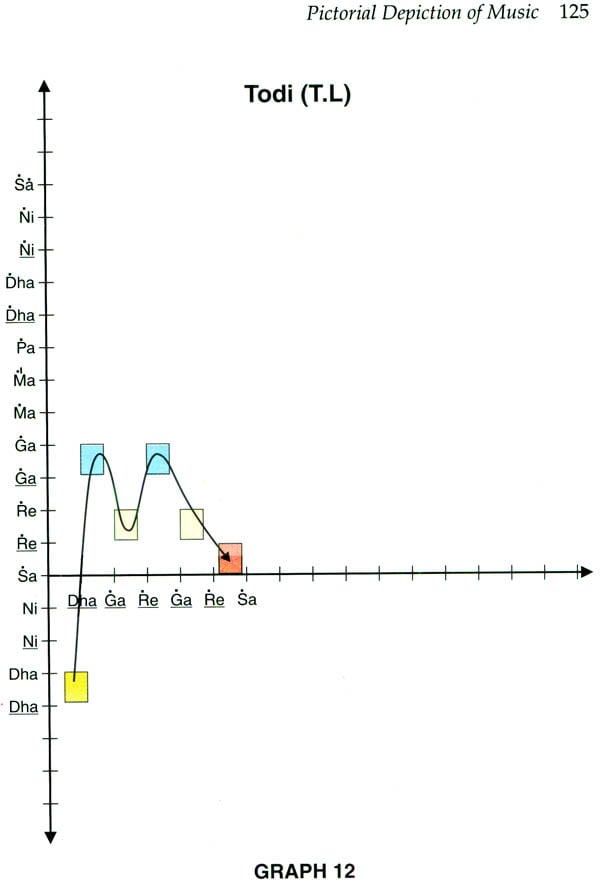 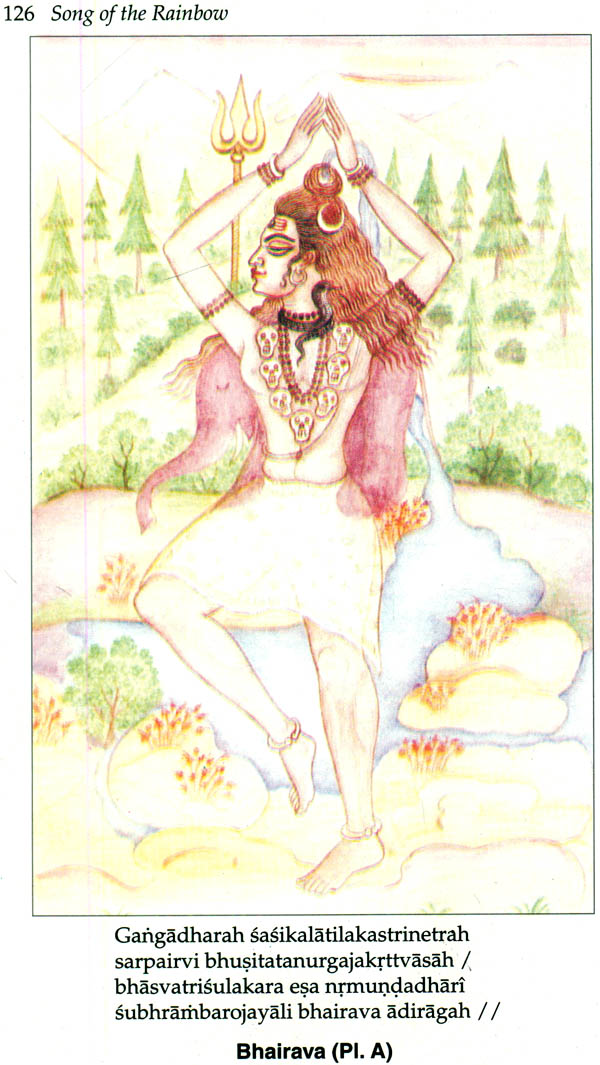 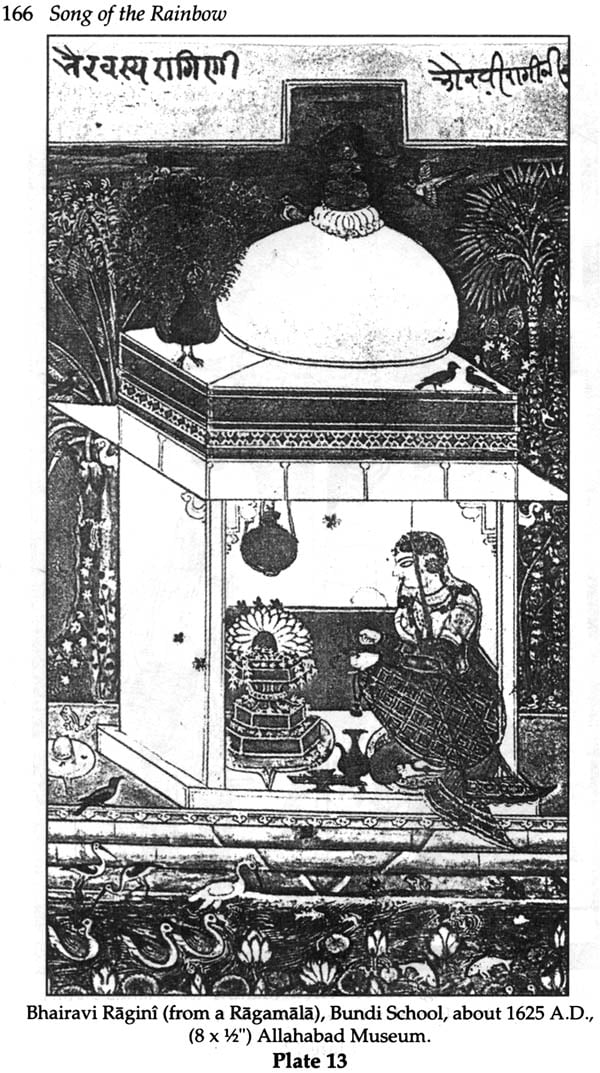 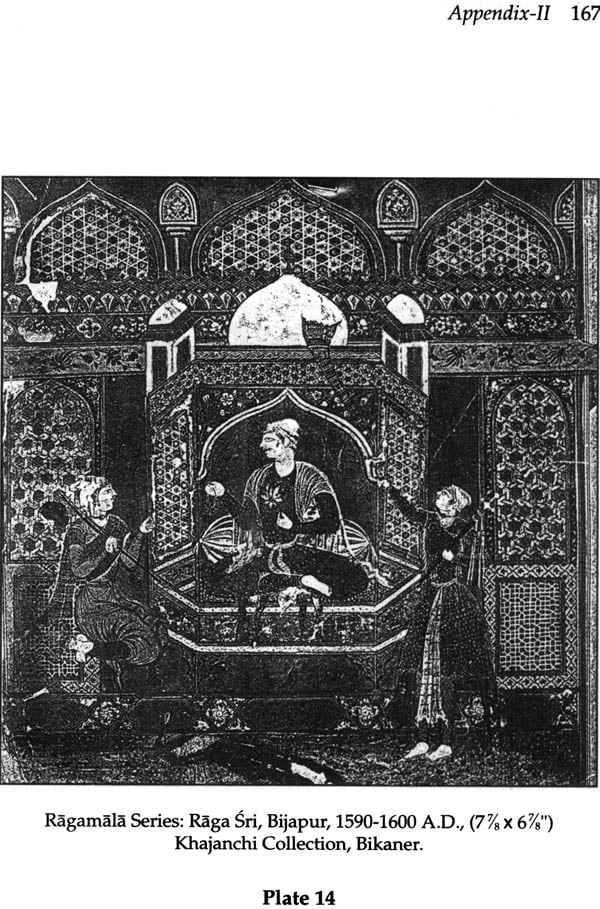 Aspects of Indian Music: A Collection of Essays (An Old and Rare Book)
By Sumati Mutatkar
$39
FREE Delivery The Music of India: History and Development (Set of 2 Volumes) (A Rare Book)
By Ram Avtar Veer
$87
Out of Stock The Grammar of Carnatic Music (With CD)
By K.G. Vijayakrishnan
$40
FREE Delivery The Musical Heritage Of India
By M.R. Gautam
$39
FREE Delivery