This pictorial album contains a comprehensive representation of the Kumbhabhishekam of Sri Adi Shankaracharya Temple at Sringeri performed by His Holiness Jagadguru Sri Bharathi Theertha Mahaswamigal, the present pontiff of the Sringeri Math, on February 16, 2011.

The Kumbhabhishekam was done in strict consonance with the Shastras in every detail without any compromise whatsoever. This album will serve as a Collector's Edition as it portrays one of the most historic events in the annals of the Sringeri Math, a must-buy for all. The photographs have been selected so as to make this album a compilation of all the sub-events of the Kumbhabhishekam, right from the Yagas on the previous days to the Puja done to the Murti of Sri Shankara to the Puja performed to the Gopuram, in order to provide a comprehensive summary of the event.

His Holiness had expressed His intent to build an unique temple for the Great jagadguru Sri Shankara Bhagavatpadal who revived Sanatana Dharma in the 8'" century AD and established four Maths in the four corners of India the first and foremost being at Sringeri. The foundation stone for the temple was laid by His Holiness on Vijayadasami day in the year 2007.

When the jagadguru expresses an intent, can there be any doubt about the outcome? It is said that in the case of great ones, the meaning rushes to attach itself to the words and the result of the jagadguru's intent is a massive yet beautiful temple for Adi Shankara, uniquely conceived and constructed full of sculptured pillars containing the images of Ashta Digbalagars, Sapta Rishis, jyotir Lingas, Brahma, Vishnu, Maheshwara and the deities on whom Sri Shankara has composed hymns.

His Holiness has always stressed on the need to be grateful and devoted to Sri Shankara Bhagavatpadal and strongly feels that Sri Shankara is mainly instrumental in the resuscitation of Sanatana Dharma. In His Anugraha Bhashanam delivered after the Kumbhabhishekam, He expressed that He had wanted the Murti of Sri Shankara to be so beautiful that one should never feel like leaving the Sannidhi and He was pleased that it has turned out to be exactly so. He blessed the Sthapathi, Sri Shankara Sthapathi with the honour of the Asthana Vidwan of the Sringeri Math.

We are grateful to Dr V.R. Gowrishankar, CEO and Administrator, Sri Sringeri Math and Its Properties for his continued guidance and support.

Sri Vidyatheertha Foundation deems it a great privilege and blessing to submit this album at the Lotus Feet of the jagadguru. 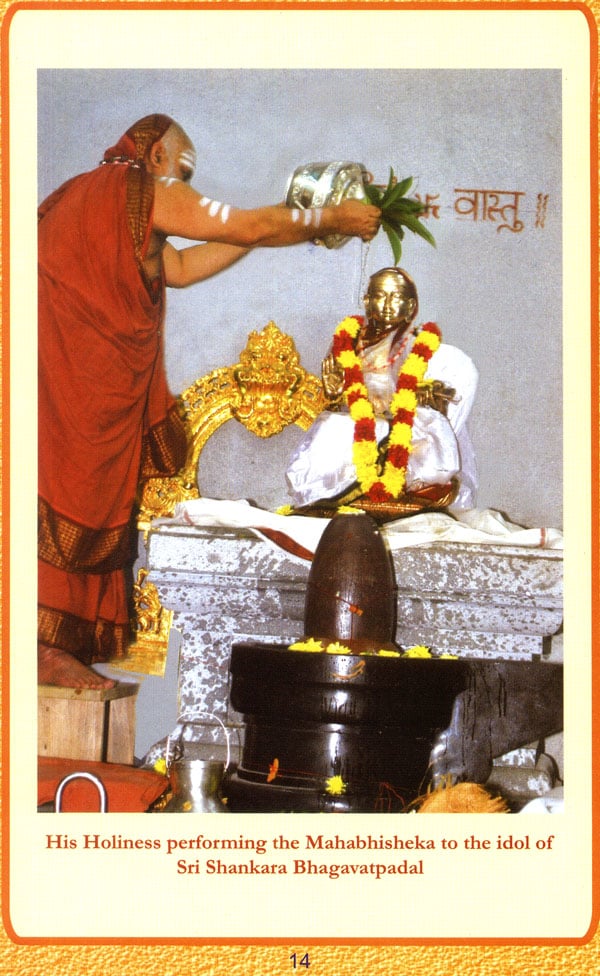 The Upanishads (Spiritual Awakening)
By R. B. Athreya
$16