Paramhansa Yogananda (1893-1952), the great spiritual master and world teacher, and author of the classic Autobiography of a Yogi, shared with his disciples a number of fascinating stories from his youth that had never been recorded. In 1976 Swami Kriyananda published this volume of early accounts of Yogananda's life under the title Stories of Mukunda. In this new edition of this landmark work, which has long been out of print, Kriyananda's deep understanding of his spiritual mentor, combined with all-new illustrations, bring to life once more Yogananda's early years. Stories of Yogananda's Youth is a rare treat for all truth-seekers, and especially for readers of Yogananda's sublime autobiography.

Paramhansa Yogananda was the author of one of the classics of modern spiritual literature, Autobiography of a Yogi. Mukunda Lal Ghosh (his pre-monastic name) was born in India in the last decade of the Nineteenth Century. His father, a high official in the Bengal-Nagpur Railway, was in a position to offer his children worldly security and success. Mukunda's heart, however, was set on another kind of security and another, higher, kind of success: final victory over ignorance through loving union with God. Spurning earthly comforts, he sought rig-orous training under one of India's greatest living gurus (spiritual teachers), Swami Sri Yuk-teswar, of Serampore, Bengal.

In 1920 at the age of twenty-seven, Mukun-da-now the monk Yogananda -was sent by his guru to America. Here, his extraordinary blend of dynamic joy, deep wisdom, delightful humor, and all-embracing love attracted throngs to his lectures. His appearance in America marked the first time that a great Indian yogi actually made his home in the West. Westerners by the tens of thousands showed themselves eager to drink at the fountain of India's timeless wisdom.

In 1925 Paramhansa Yogananda established his headquarters atop Mt. Washington in Los Angeles, California. I myself met him in 1948, at the age of twenty-two. From that time on I was associated closely with him until his death in 1952. During those years I conceived a keen desire to make his life better known to the world. This little volume, though relating only to his boyhood, is a step in that direction.

People often make the mistake of equating the spiritual life with dullness and prudery. These stories from the master's childhood should help to dispel that illusion. As the boy Mukunda, his keen sense of humor and love of pranks often startled his more sedate neighbors out of their mental ruts. The personality that emerges from these episodes is one joyous, compassionate, childlike yet fiercely determined, loyal, deeply in love with God, and capable of standing alone in his convictions against the very world.

These stories have been written from true episodes in the master's life from approximately the ages of six to seventeen. Some of the ac-counts were related to me by his relatives; others, by childhood friends. But the greater number were told to me by the master himself. I have taken no liberties with those accounts beyond adding superficial details for poetic emphasis, and occasionally combining separate episodes (too brief to stand alone) into a single story. 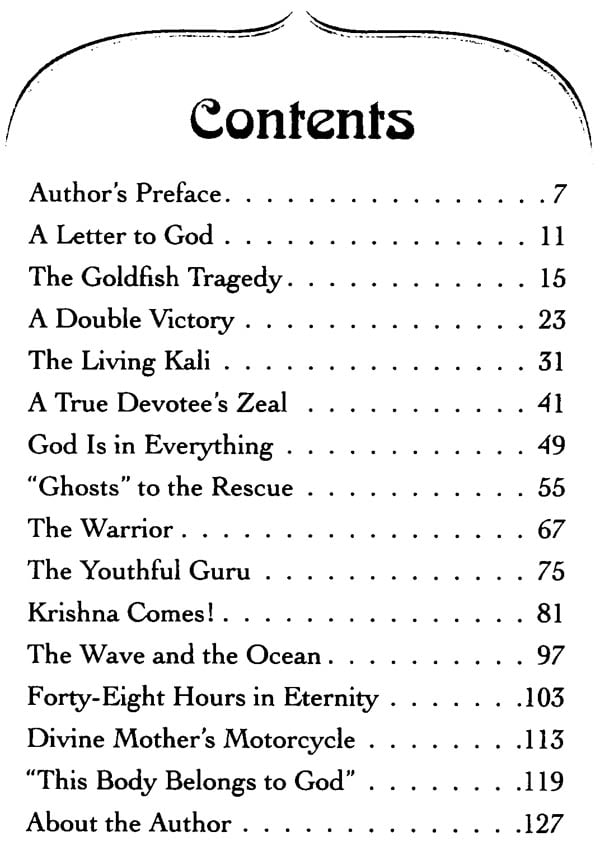 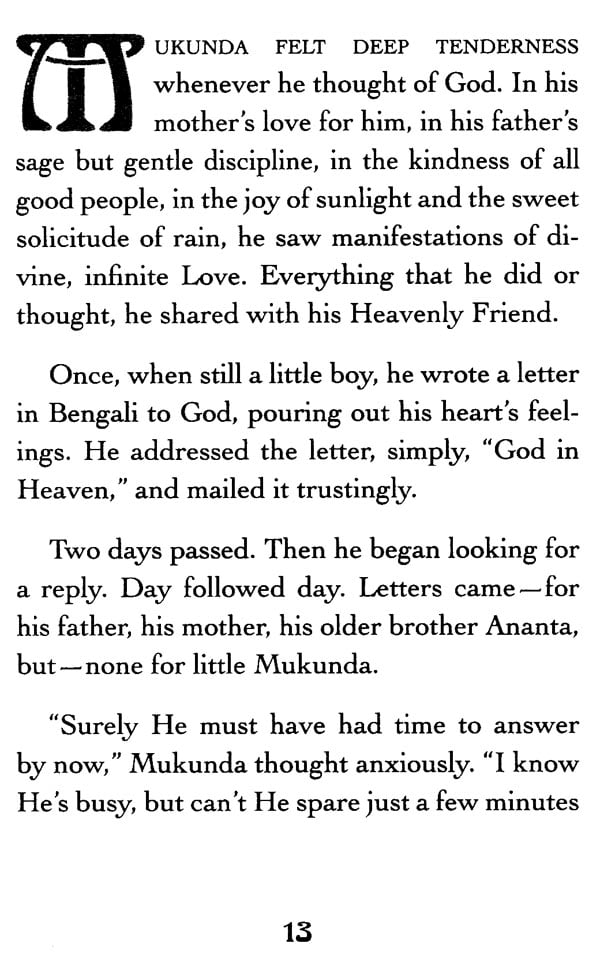 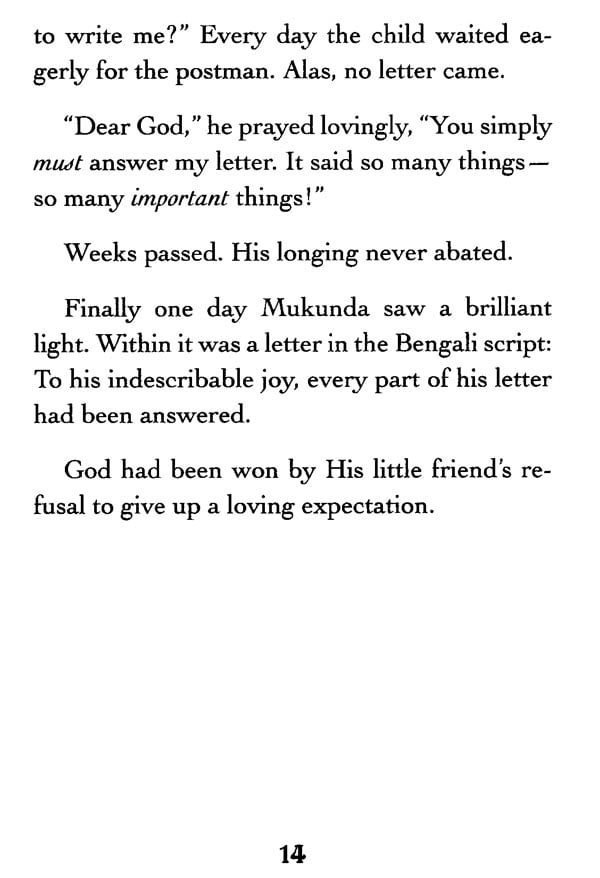 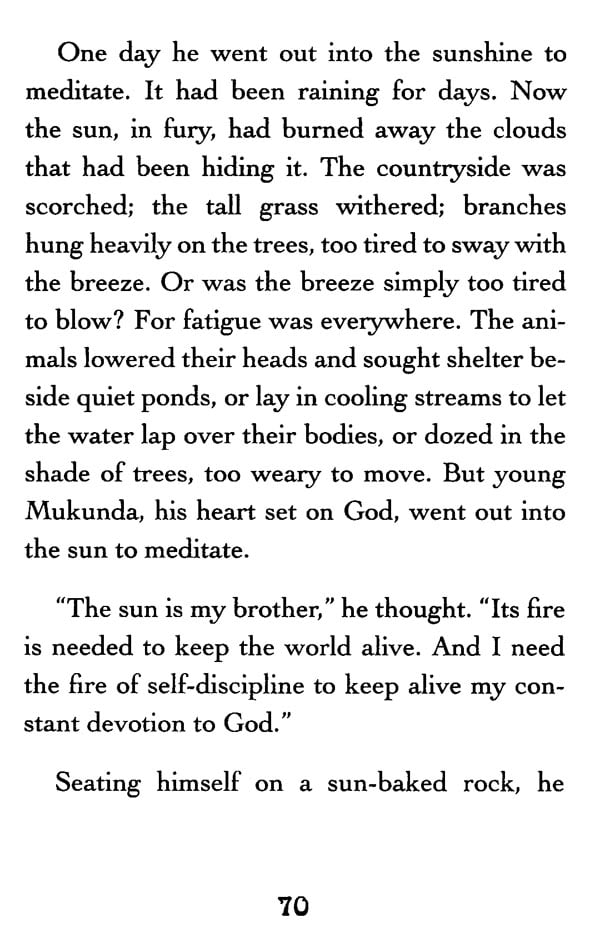 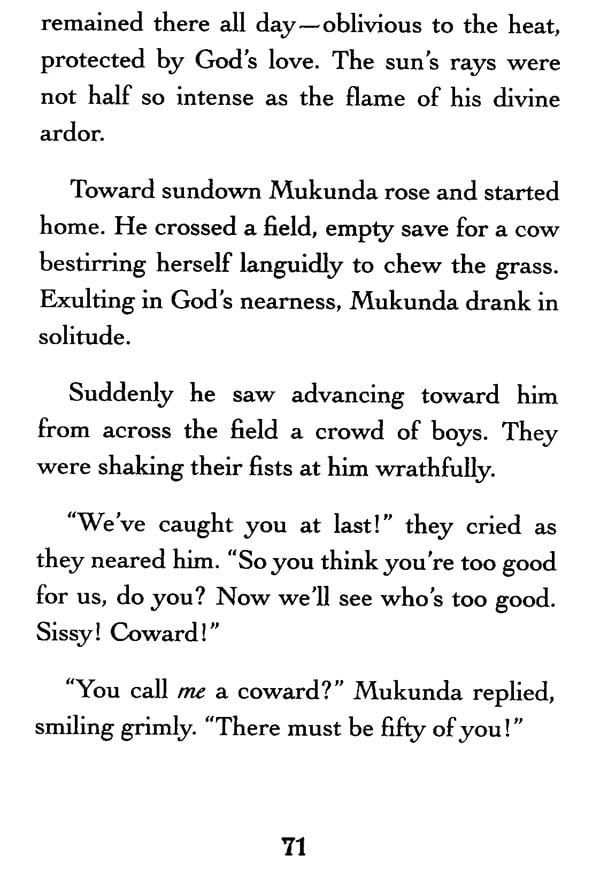 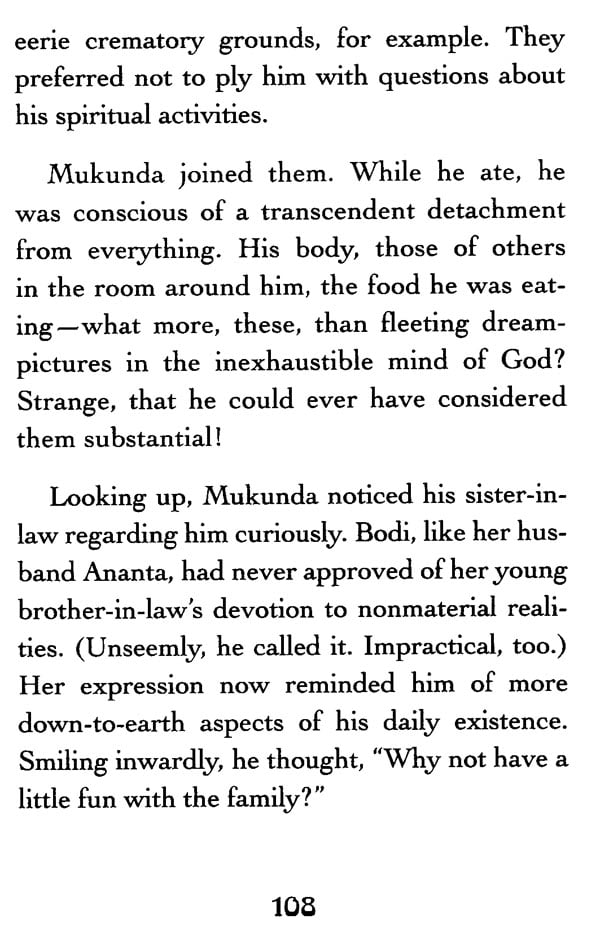 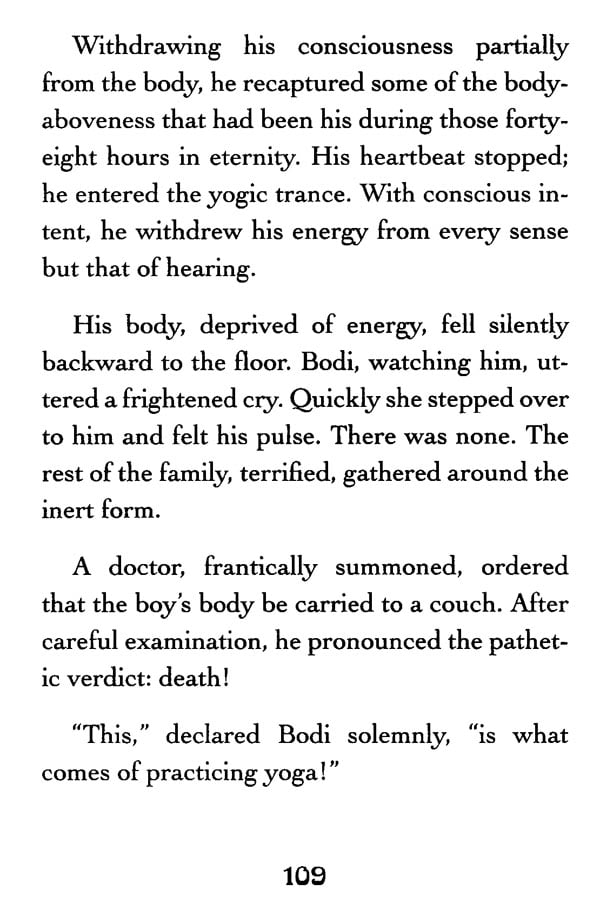 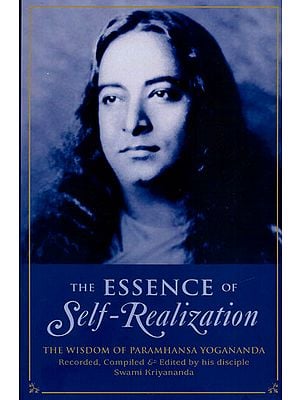 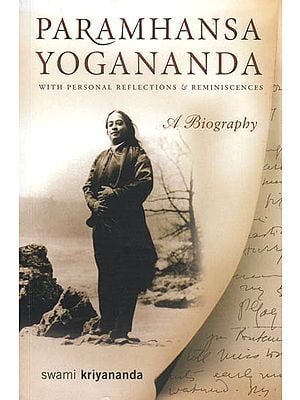 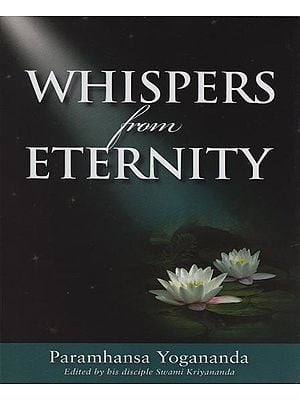 Whispers from Eternity: A Book of Answered Prayers
By Paramhansa Yogananda
$17.60
FREE Delivery
$22  (20% off) 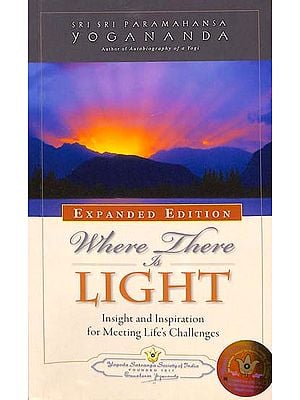 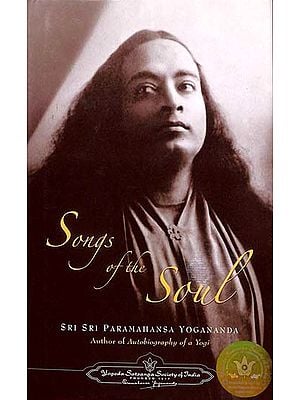 In The Sanctuary of The Soul : A Guide to Effective Prayer
By Paramhansa Yogananda
$12 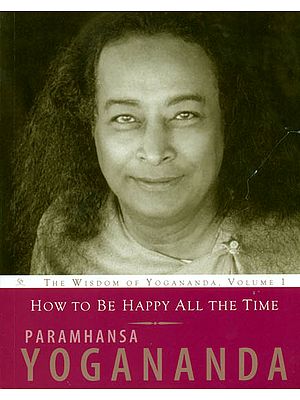 Karma and Reincarnation
By Paramhansa Yogananda
$12
Out of Stock 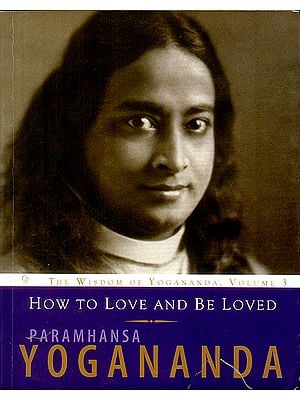