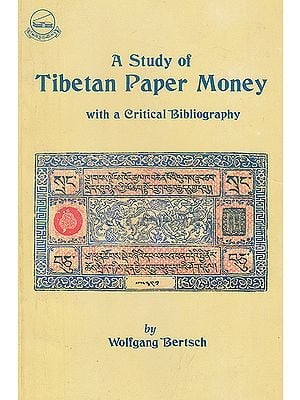 A Study of Tibetan Paper Money: With A Critical Bibliography

Paper currency was only introduced into Tibet in the early 20th century, and yet Tibetan banknotes are arguably the most attractive among world currencies. The designs on the banknotes include both religious and national symbols, such as the snow lion and the lung rta (“wind horse”), and most are printed in vivid colours.

This currency represents a unique blend of printing skills and the artistic genius inspired by a long historical tradition of painting in Tibet. Those banknotes which survive are a testament to Tibet’s independent status prior to 1959, and serve as a tangible reminder of Tibetan material culture.

The author of this numismatic study, Wolfgang Bertsch, explores both the content and design of the currency, and provides a thoroughly researched and comprehensive Bibliography for those who wish to pursue the subject further.

We are pleased to be publishing this numismatic study of Tibetan paper currency, entitled A Study of Tibetan Paper Money with a Critical Bibliography, by Mr. Wolfgang Bertsch. This carefully compiled volume contributes handsomely to research into various aspects of Tibetan material culture.

As Wolfgang Bertsch indicates, although paper currency was only introduced into Tibet in the early years of this century, the notes are arguably the most attractive and artistic to be found among all the banknotes of the world. This could be accounted for by the combination of highly developed printing and painting skills within the Tibetan historical tradition.

Moreover, this research provides tangible proof of the use of Tibetan currency by citizens of an Independent Tibet in the first half of the 20th century. It is an important adjunct to other works which investigate the authenticity of Tibet’s independence prior to the Chinese occupation of our homeland.

We hope that our readers will enjoy exploring the details of this study which Wolfgang Bertsch has presented in such a fascinating and accessible manner.

In 1974 during a visit to the Swayambhu Stupa near Kathmandu I saw my first Tibetan banknote on the small table of a curio dealer. It was a 100 Srang note which immediatdy struck me as a small work of art and I could hardly believe it when I was told that it was merely a banknote. Since that day, intrigued by these fascinating products of Tibetan workmanship, I collected Tibet’s paper money and tried to find as much background information on it as I could. Over the years I built up a small collection, including all the major types. At, the same time I gathered all available literature dealing with Tibetan paper money and started a more thorough study of this subject. The result of my studies is this small volume, perhaps too modest a tribute to Tibet’s paper notes which represent an incomparable contribution to Tibet’s material culture of the 20th century.

This study focuses only on the numismatic aspect of Tibetan paper money. The social and economic impact of the issue of paper currency in Tibet would certainly be worthy of further investigation, but the author of this study, not being qualified for such undertaking, hopes that one day somebody will write an economic history of Tibet in which such aspects could find due attention.

Without the help and advice of numerous persons who share my interest in Tibetan paper money, this booklet could not have been written.

Foremost I wish to thank Bhupendra Narayan Shrestha (Kathmandu) who showed me the manuscript of his Tibetan Paper Currency long before it was 1i,nd in 1987, who allowed me to examine his outstanding paper money collection, perhaps the best existing, and with whom I had many discussions on the banknotes and coins of Tibet. Valuable information was published in the present volume.

I also wish to thank fellow collectors and students of Tibetan paper money who generously shared their knowledge on this subject with me, let me see their collections or sent me photocopies of their rare and unusual notes. My thanks go in particular to the late Karl Gabrisch who encouraged me to write this study and had various Chinese articles on this subject translated into German, to Wesley Halpert, Alexander B, Lissanevich, Cohn Narbeth, Nicholas G. Rhodes and Gylfi Snorrason.

Paper currency was introduced rather late into Tibet, although for more than 1,000 years this country was in close contact with China and India, where paper money circulated for centuries or at least for years before it made its appearance in Tibet. However, the fact that most Tibetans were both illiterate and conservative, preferred barter trade and, whenever this was impossible, used to pay for their goods obtained in large transactions with silver coins or ingots. Would have made the introduction of banknotes at an earlier date’ next to impossible. It is not surprising that even after 1912 the circulation of banknotes in Tibet was met with great suspicion by the majority of the Tibetan people. Tibet’s paper notes alt possibly the most beautiful and artistic specimens known among the world’s 20th century banknotes. They represent a unique blend of the printer’s skill, drawing on a printing tradition of more than 1,000 years, and artistic genius inspired by an equally long tradition of painting in Tibet.

It is likely that the woodblock printing technique which was used for the early banknotes was principally inspired by the printing of Tibetan paper charms, amulets and prayer flags. Not only were sacred texts printed on thes flags or paper charms amulets, but also images, usually set into a frame, the most popular being the ‘wind horse” (lung rta) which is surrounded by the animals who guard the four quarters; it is possibly not mere coincidence that the latter animals appear on the back of the multicolored 50 Tam notes. Before the first banknotes appeared, printing in Tibet was normally done exclusively with black ink. As far as I know, the production of banknotes represents the first attempt at colour printing in Tibet. This technique was perfected with the initial production of multicoloured 50 Tam notes in 1926, when the use of different printing blocks was introduced, one for each colour.

The main subjects represented on the Tibetan banknotes are religious and in this way the notes admirably reflect Tibetan culture. However, the designs on the faces of all the banknotes are inspired by a deep nationalistic feeling. The snow lion, or a pair of these animals, stands for Tibet and probably existed already as part of the design of Tibet’s national flag before it made its appearance on the banknotes, coins and postage stamps of this country.

Mention should be made of some Chinese notes with both Tibetan and Chinese legends, which were issued by the Provincial Bank of Xikang in Kangding. Notes of the Central Bank of China and of the Farmers Bank also exist, with overprint in the Tibetan language. These notes were issued in the I930s for the Tibetan-speaking population in Western Sichuan and in Xikang, a province which the Chinese-formed at the beginning of this century by incorporating former Tibetan territory annexed by China. However, these notes never circulated in Tibet proper and are therefore outside the scope of this study. 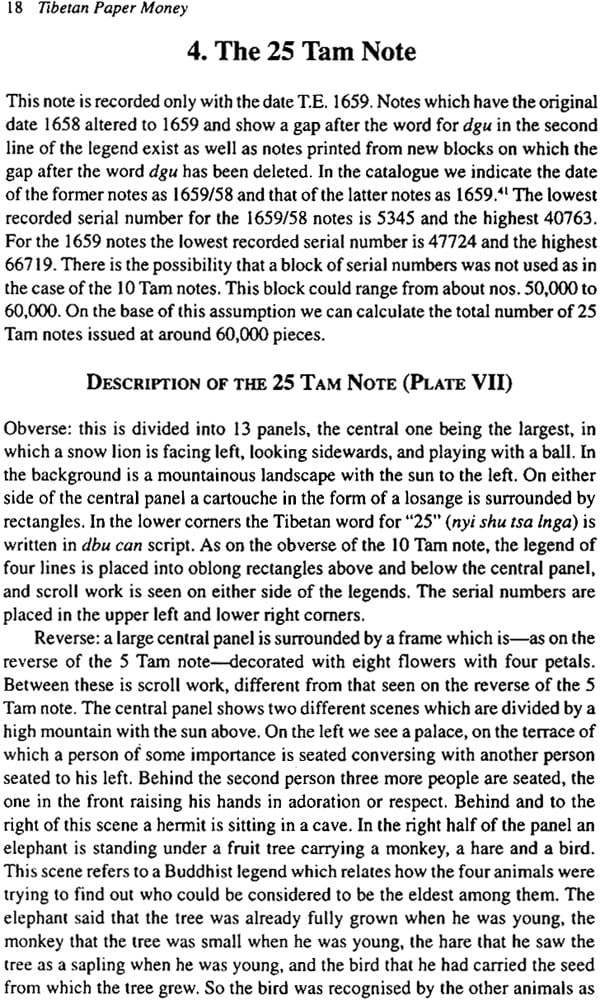 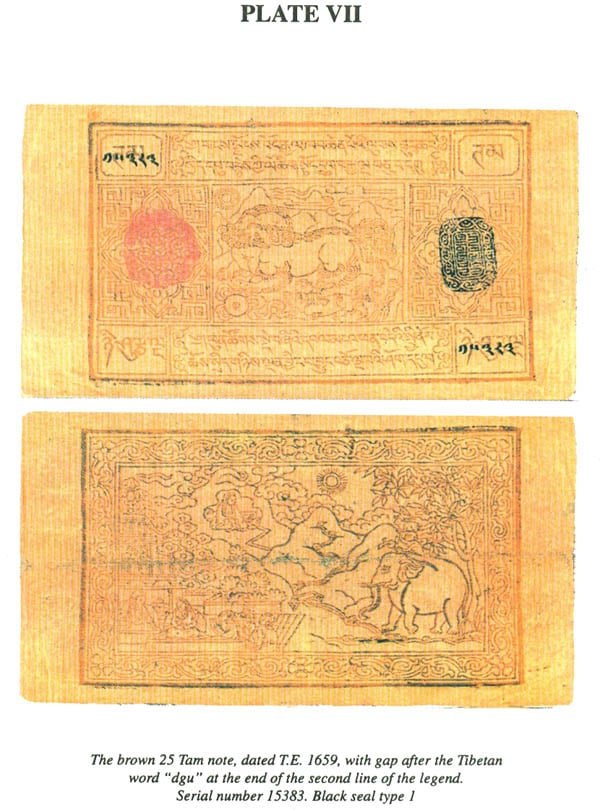 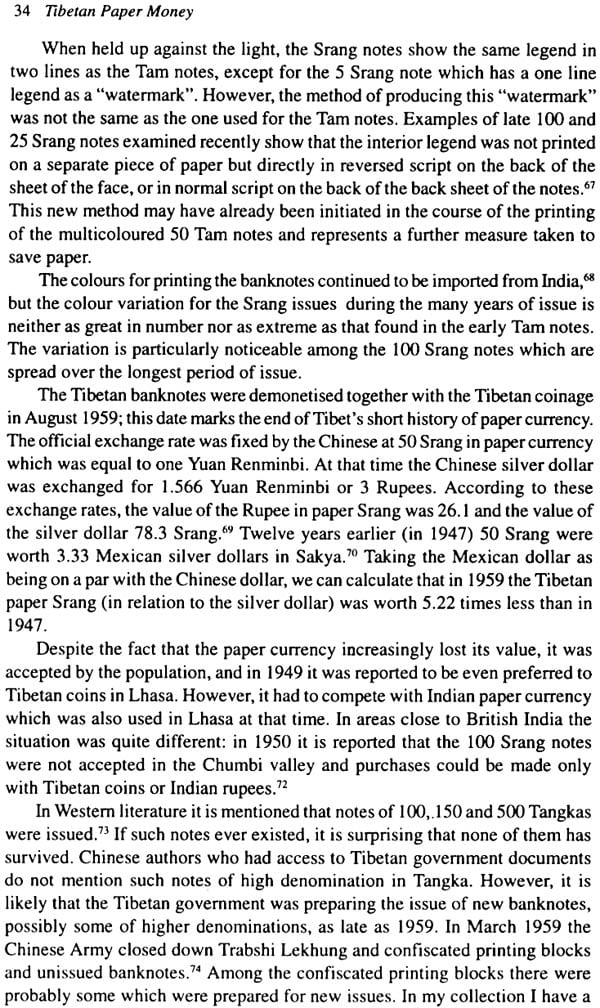 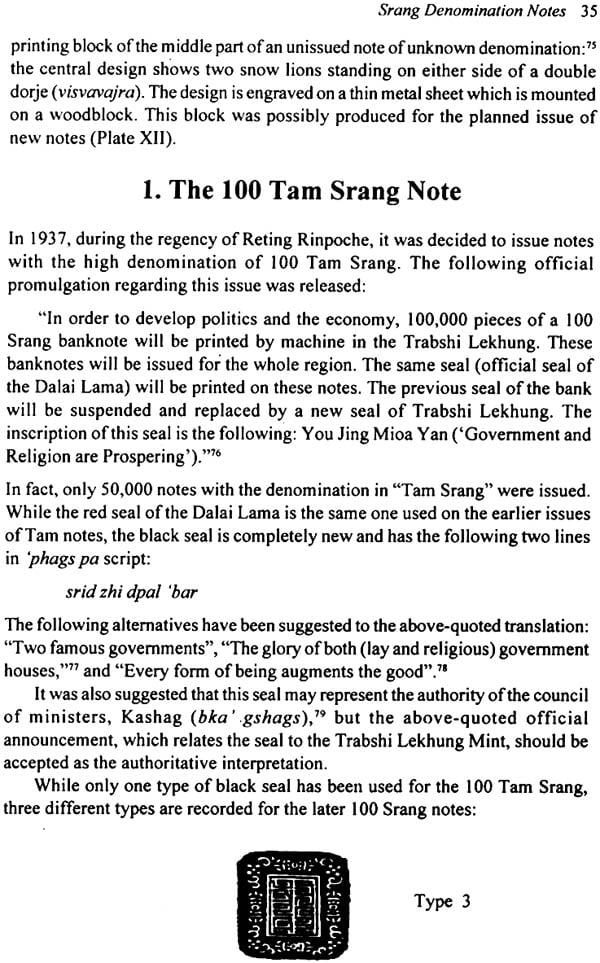 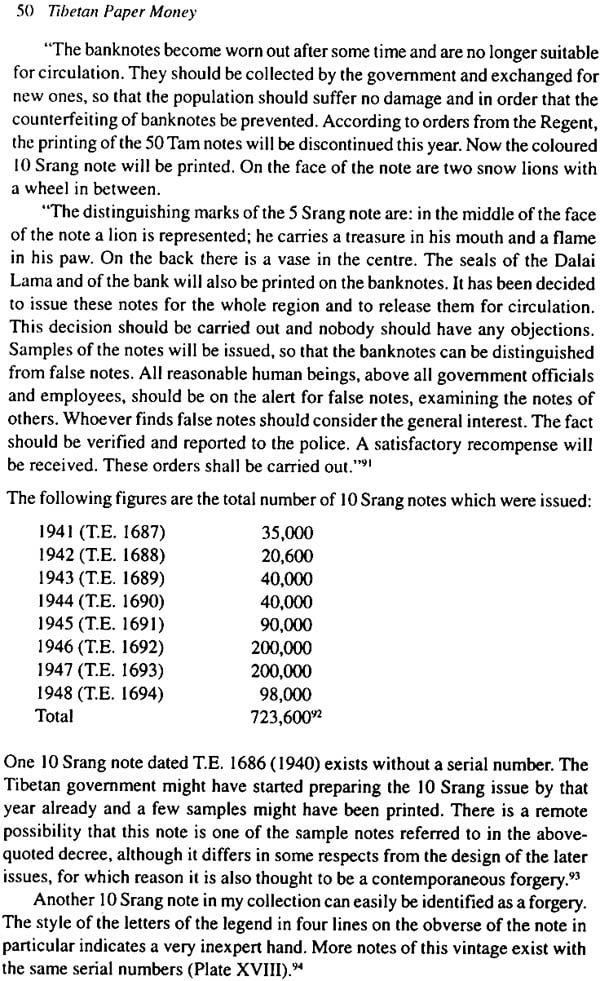 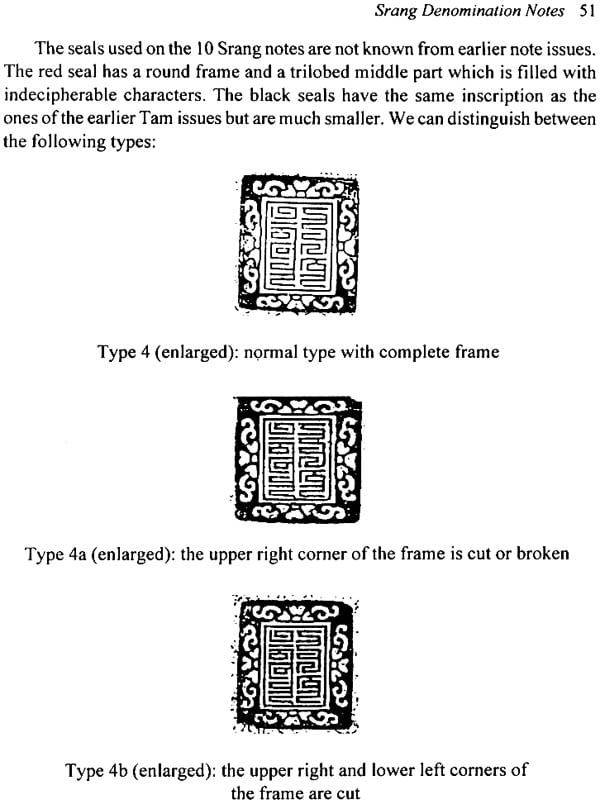 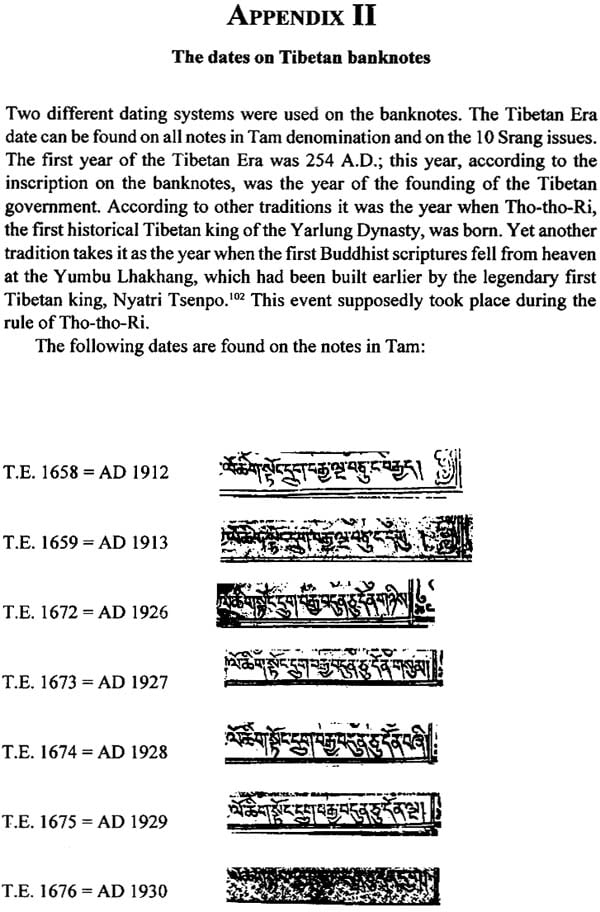 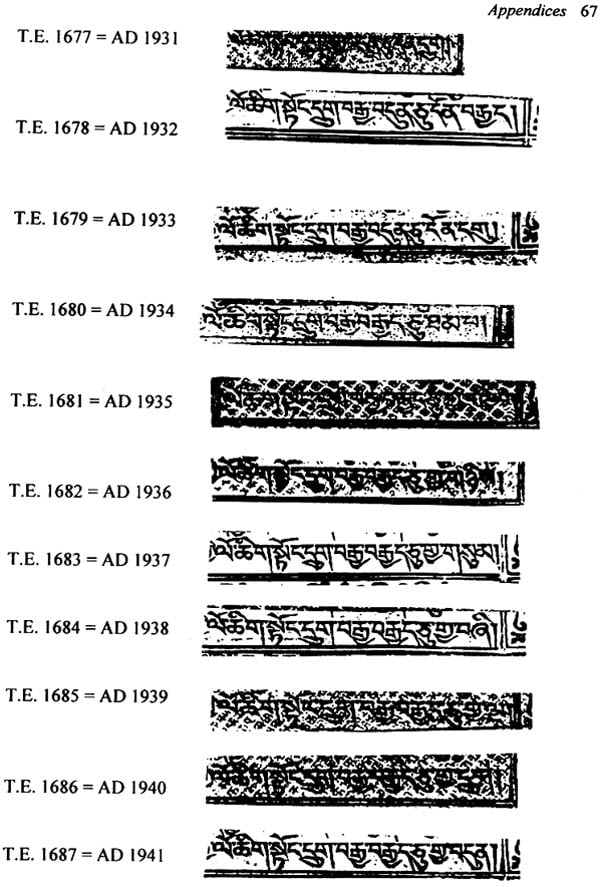 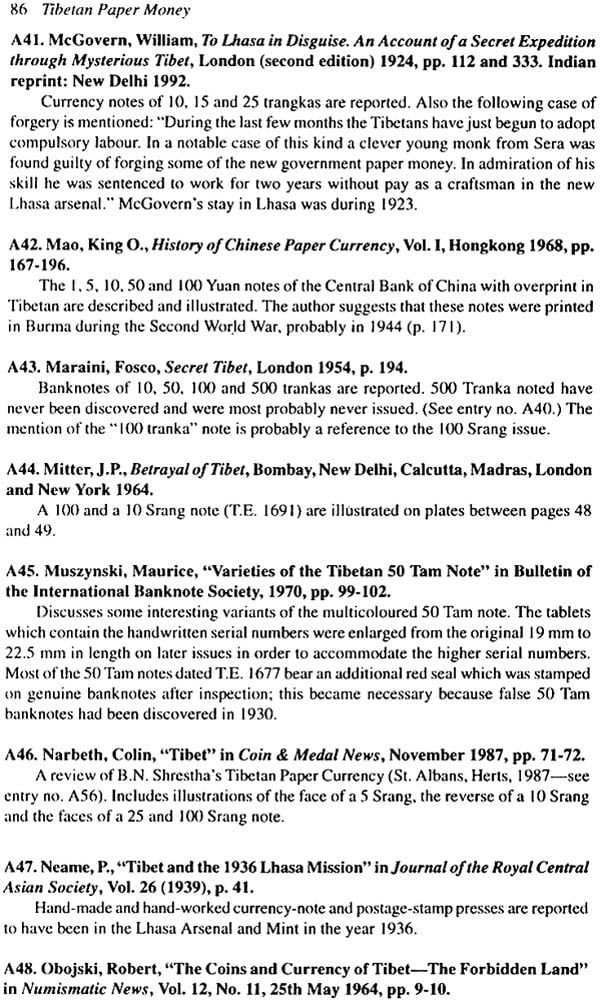 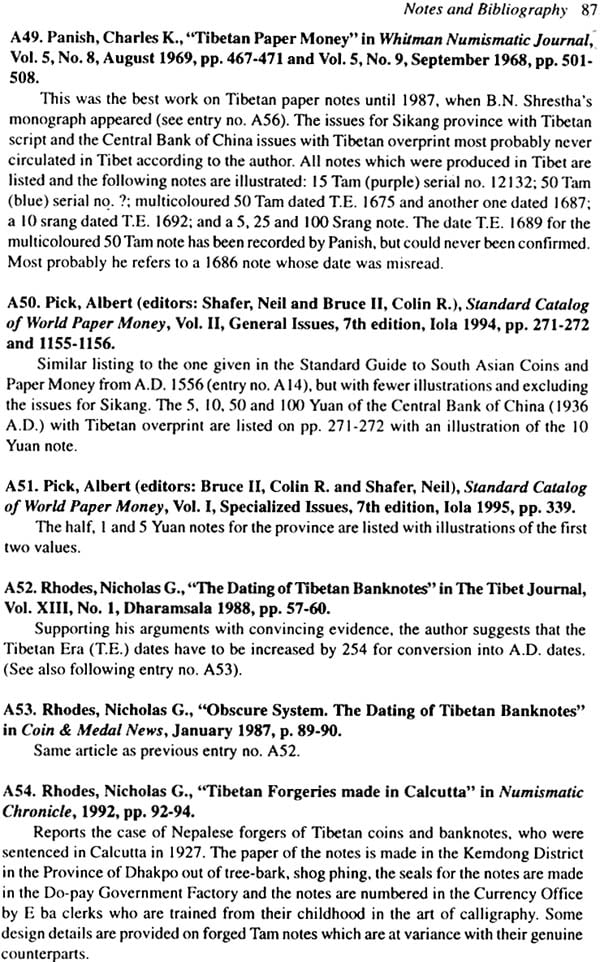 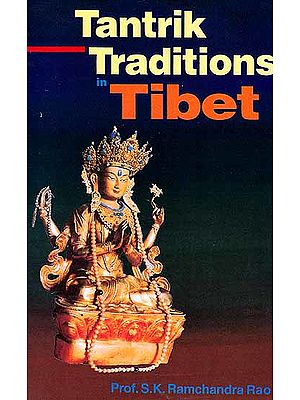 Atisha and Buddhism in Tibet
By Doboom TulkuGlenn H. Mullin
$11 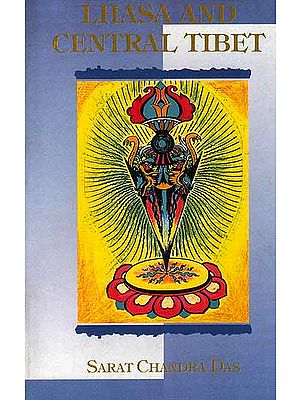 The Book of Wisdom: The Heart of Tibetan Buddhism
By Osho
$37
FREE Delivery