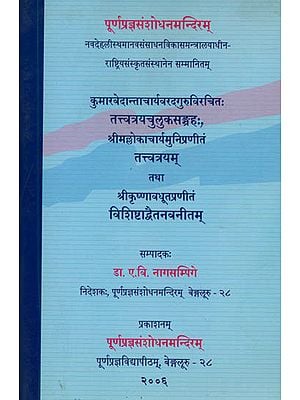 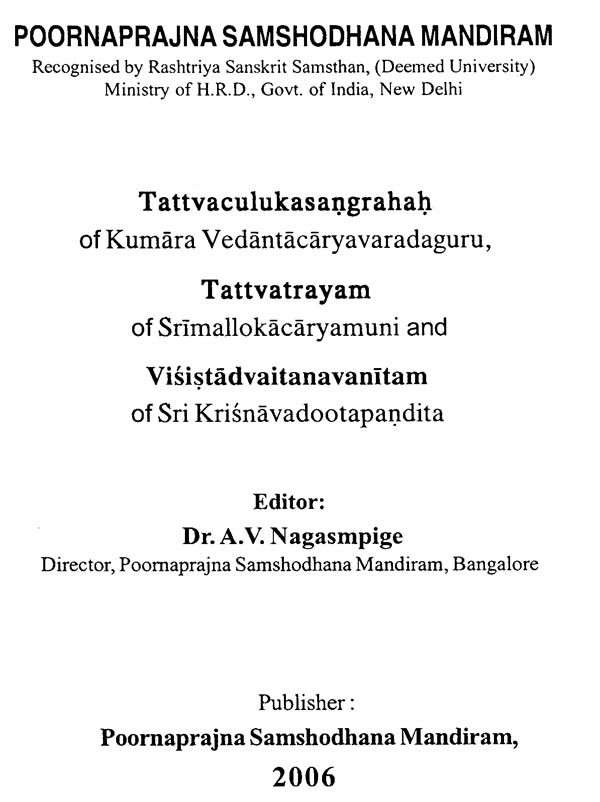 As all philosophical schools have the three foundational basis such as (1) Epistemological foundation, (2) Ontological foundation and (3) Literary and Doctrinal authority. Visistadvaita also has its own unique epistemological framework, ontological doctrine and literary history of the philosophical movement. In the first phase it has its own basic epistemological principles. Knowledge in this school consists foundationally in characterising reality with predicater or attributes. According to this school all knowledge is characterised by distinctive objectives. The idea of an indeterminate perception is ruled out in this school. All knowledge is knowledge of the Real and the element of error or illusion is ruled out. Thus knolwedge is related to a real object necessarily qualified by some attributes. There is no avidya or adhyasa. The first object perceived of a particular kind is also determinate on Savikalpaka.

As regards the ontological or stand point is Metaphysics, this school has posited that reality is one and non-second and it includes all other things under itself as its attributes. Brahman is not plural but is qualified by plurality, of sentient and non-sentients. This school advocates the reality of the sentient and non-sentient principle at all levels in all states. The catagories are classified broadly in to three kinds viz., the sentients, the non-sentient matter and Iswara. The paramatman is the one reality who is the innerself in all other entities. Though there is distinction and difference between one entity and the other in the composite nature, the supreme reality is declared to be one and non-second. All entities other than Iswara are dependant on Iswara and are sub-sentient to Him is all state. The physical universe attains different and real states on account of the will of the Lord. The enumeration of categories made by the Sankhyas is accepted here but as ensouled by Paramatman. This school declares that the grace of the Lord is absolutely the mean of liberation.

The beginningless Karma of the Jivatman is an obstacle for attaining that 'Prasada' or Grace of the Lord and for getting rid of it and for gaining the grace of the Lord one has to follow the path of Bhakti or Prapatti. The real nature of the Jivatman is revealed when he is liberated from the bonds of Karma by the grace of the Lord and he attains the bliss of commumion with the Lord in the supreme adobe of that Paramatman known as Parama Pada. The existence of Parama Pada or Nityavibhuti is known from the Sastra alone.

Brahman is the ultimate truth of the Upanisads and is described as 'Satyam, Jnanam, Anantam and Anandam'. The final import of the Upanisads is that Brahman is the inner controller in all other entities as the Antaryamin, who is the support, inner controller and beneficiary and this school admits the Sarira-sariri Bhava or the body-soul relationship between Paramatman and all other entities. This is not a physiological relationship but a spiritual analogy which signifies that the existence, functioning and goal of the body is for the Atman. The Brhadaranyaka Upanisad advocates the body-soul relationship and the other Upanisads also enshrines this truth. This Brahman is deseribed as the cause of the origination, sustenance and destruction of the Universe. Brahman itself is the material cause and the instrumental cause of this universe. The Ubhayalingapada of the Brahmasutras establishes that Brahman is a home of all perfections without any defiling quality. It is declared in this school that the supreme Brahman is 'Narayana", the Purusottama of the Gita and the 'Purusa ' of the Purusa Sukta.

The spiritual discipline for attaining liberation is Bhaktiyoga supported by Karmayoga and Jnanayoga. It is declared that Prapatti or self surrender at the feet of the Lord is also a sufficient substitute for Bhaktiyoga. This path of Prapatti is open for all without distinction of caste, colour or cread.

Though Prapatti is accepted by other schools as an accessory to perfect their chosen means of liberation, this school advocates that it also is an independent and sufficient substitute for Bhaktiyoga. Those who are capable of Bhaktiyoga may follow it and attain the Lord. In the same way those who are incapable of practising Bhaktiyoga on account of want of knowledge, ability to practise disqualification of caste and others may follow the path of Prapatti. Both these are held as valid means in this school. 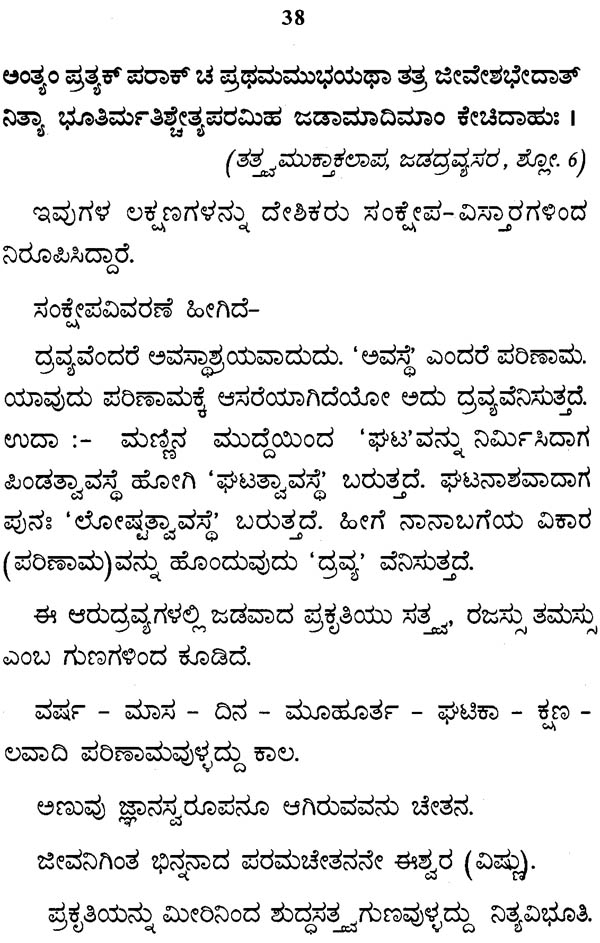 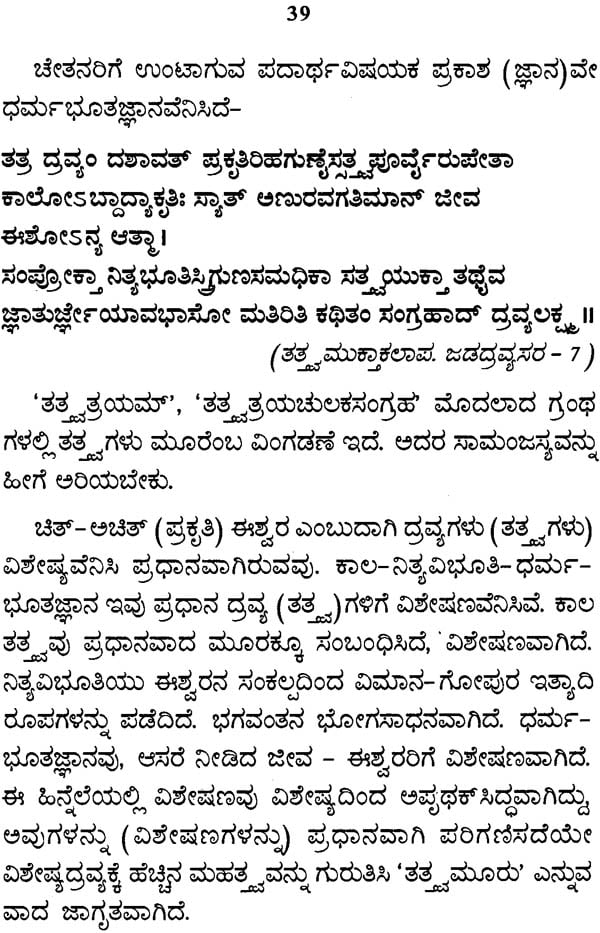 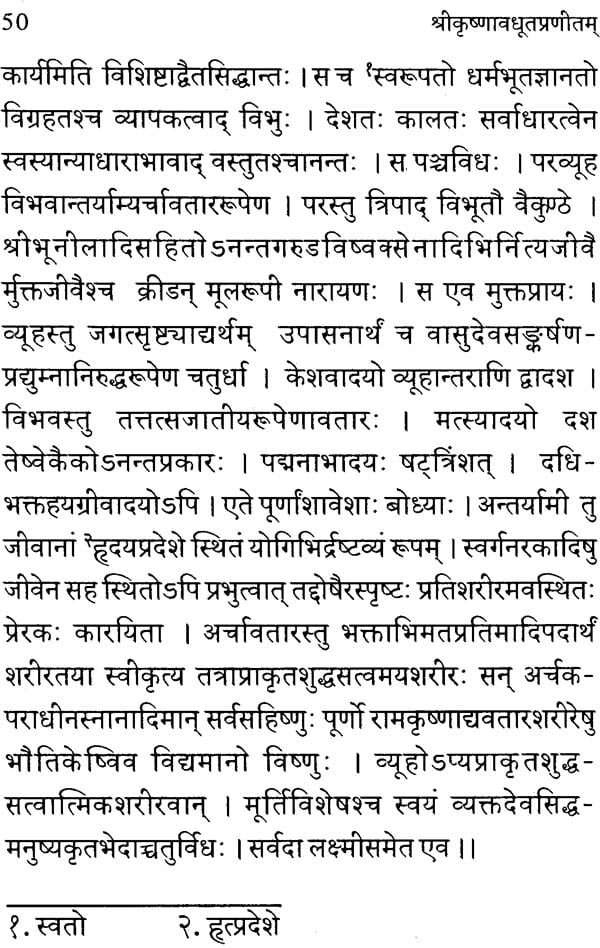 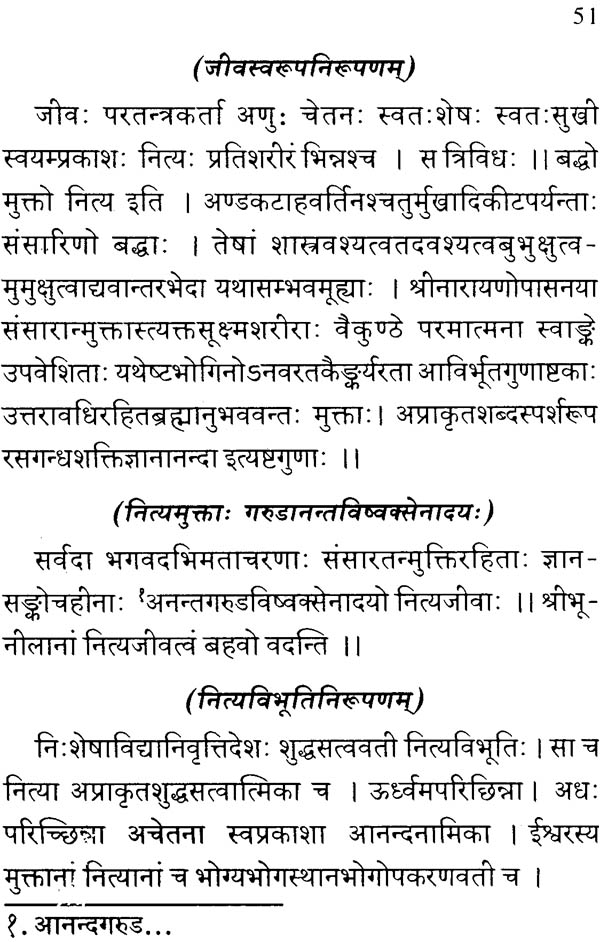 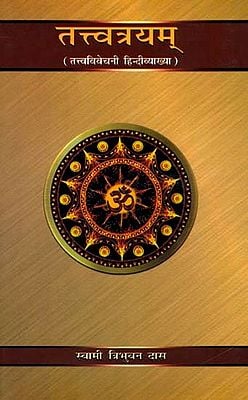 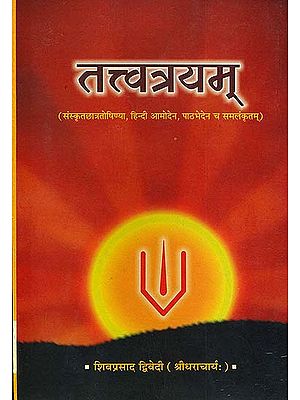 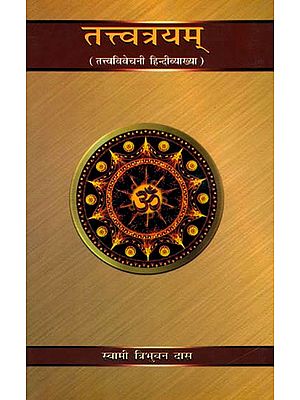 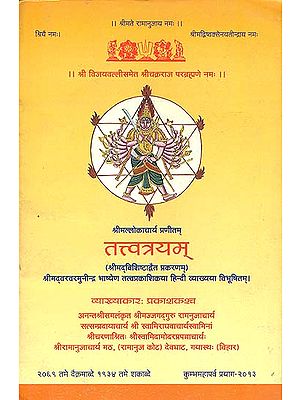 तत्त्वत्रयम्: Tattvatrayam
By Shri Ramanujacharya
$33
Out of Stock
Add a review
Have A Question