Upanishadic Stories and Their Significance 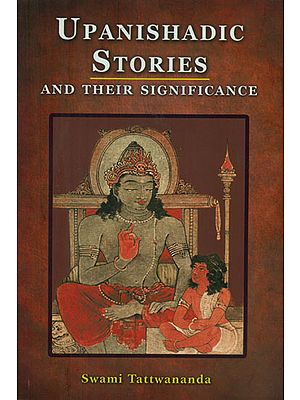 $15.00
Notify me when this item is available
Save to Wishlist Send as E-card Share by Email
About the Book
In the Upanishads we find, in places, the highest abstract truths placed before us through stories and dialogues. These stories are not mere legends. They form part of the book of life. They embody the teachings of the rishis, the ancient sages of India, as imparted on various occasions and under varying circumstances.

A selection of these spiritually enlightening stories is given here so that we may understand clearly the deep significance of the Vedas. Life transforming in character, these ancient stories have perennial relevance.

Preface
None can deny the significance of the Upanishads as scriptures of perennial wisdom. The wisdom of the Upanishads is the comer-stone of Hinduism, and yet it goes beyond it embracing the entire human race. It is perceived as the very breath of the eternal Self informing all sentient beings. Moreover, in the Upanishads, the risk of its precepts becoming abstract is neutralized by stories, a narrative which anchor the truths to living contexts. Narrative and dialogue contemporizes the Upanishads and prevent them from getting fossilized as relics of an archaic past.

Why stories? One can tell the tenets of the scriptures straightaway as terse Sutras. Of course, they can be. But the sages themselves lived lives embedded in various contexts ranging from family, statehood, and nation and, above all, in the context of the recurring riddles of death and immortality. It is from these contexts that texts of the Upanishads speak to us.

In his stimulating study of the story-telling and the Upanishad experience, Johanna Grinshpon (Dept. of Indian Studies, Hebrew University, Israel) points to this aspect and notes the various contexts which provoke reflection only to arrive at the truth of Brahman as the abiding presence. He says: the Upanishad narrative is about "the complacent householder awakened to an ascetic's superiority (and his 'own' inferiority); the childless wife (bereft thereby of immortality); the young student afflicted by desires of many kinds; the boy insecure because of his unknown father's identity; the vain son perplexes by his father's riddles; the scholar full of scholarly ye' important knowledge; the boy insistent on his perception of mortality,"

The range of these characters is inclusively holistic and the spectrum of issues they debate surface with a1 much urgency, if not more, as they did when they went debated by the sages, and their words in environmental conditions conducive to the required reflection. The scrotal episodes encapsulate almost every issue that we face even today.

Revered Swami Tattwananda's original edition retained its preeminence and its popularity. It is now being reissued in a more compact form. It has been my privilege to be associated with this reissue. My immense gratitude to Swami Bodhasarananda who suggested that I should do the needful for this reissue.

Finally, there is a fascinating coincidence that the tradition of narrativising of basic spiritual truths has been taker to much more accessible ways of absorption by the enchanting tales and parables of Sri Ramakrishna. The Great Mastel is a great, masterly storyteller. In their own inimitable we) they bring out the issues that the Upanishads narratives Teleological it is appropriate that the book should come under the aegis of Advaita Ashrama, Mayavati.

Introduction
The stories from the Upanishads are not mere legends. They form part of the book of life. They embody the teachings of the rishis, the ancient sages of India, as imparted on various occasions and under varying circumstances. The method of instruction also varies according to the nature of the seeker after truth. A selection of these stories is given here so that we may understand clearly the deep significance of the Vedas.

The term Aranyaka signifies that it is the message of the forest, as taught in the hermitages to which the sages resorted in order to attune themselves to the infinite. The Upanishads form the concluding part of the Aranyakas. According to Sayanacharya, the word Upanishad means secret knowledge. The Upanishads are secret teachings.

Brahmavidya, or the knowledge of the Atman, is imparted through them. The Upanishads form the Jnanakanda, or the knowledge portion of the Vedas. They are the wisdom books, as contrasted with the Karmakanda, which deals with rituals. Thus the Samhita, Brahmana, Aranyaka and Upanishad together constitute the Veda. One hundred and eight Upanishads are considered to be authoritative.

Shankaracharya has written commentaries on eleven of them.

In the following pages, an attempt has been made to explain the hidden significance of some of the stories given in the Upanishads and to bring to light the philosophy that lies embedded in them.

From these stories, we may come to know much about the social, moral, political and religious condition of Vedic India. They also throw a flood of light on the origin, history and development of Brahmavidya, or the knowledge of the Supreme, together with the method of imparting that knowledge and the effects of its attainment. In addition to laying stress upon life's highest values, the Upanishads give us an insight into the application of those values as exemplified in the dedicated lives of the sages and the kings who worked for the good of humanity at large. 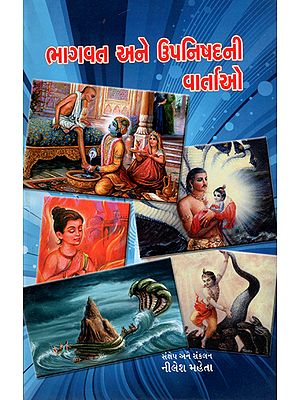 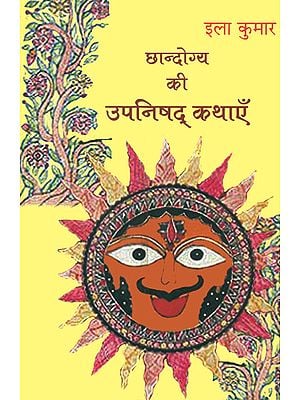 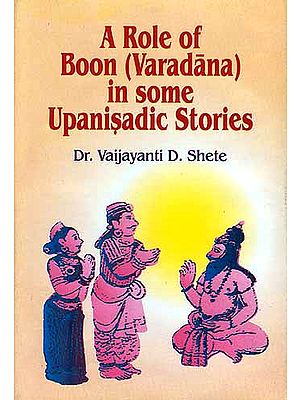 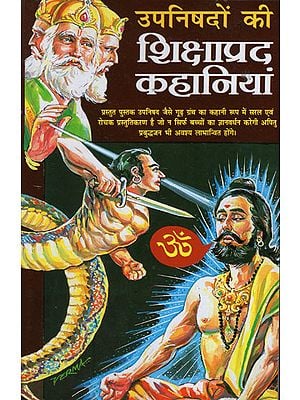 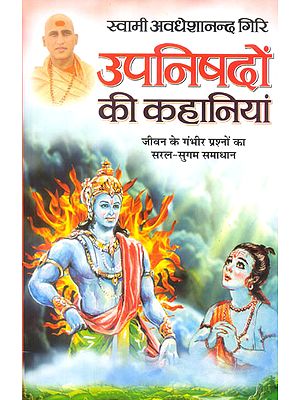 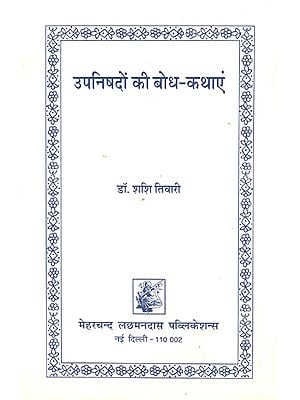 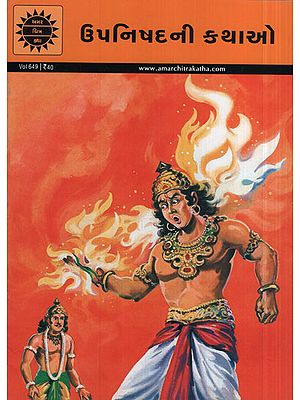 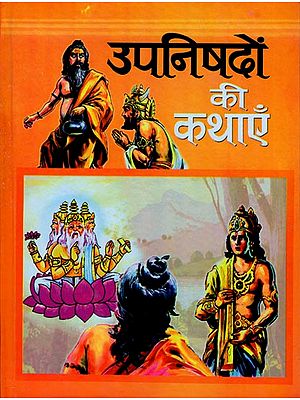 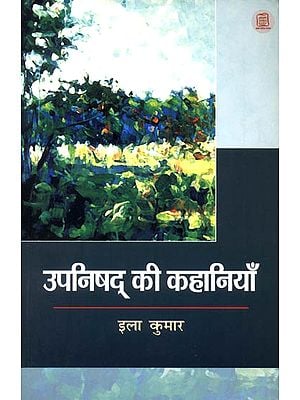 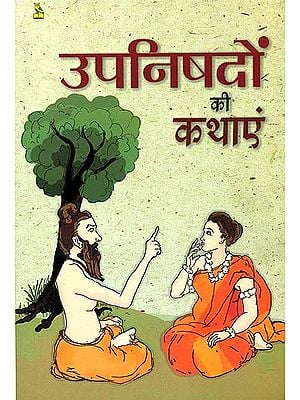 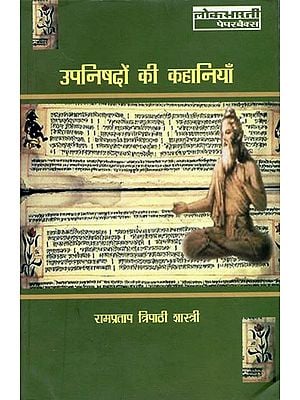 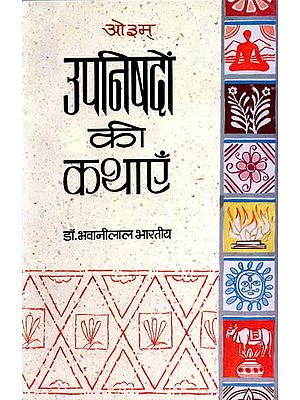 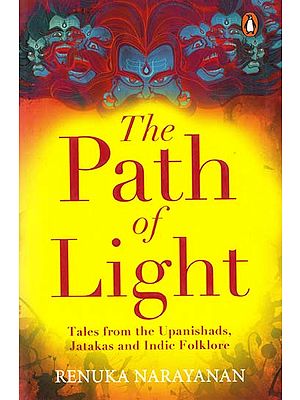