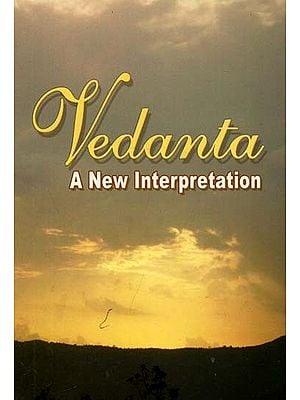 The two personalities, Sri Ramakrishna and Swami Vivekananda, from the purely historical point of view, form great forces within the broad movement of what is called the Renaissance of Hinduism. The movement by itself was a vigorous, rather, a momentous reaffirmation of the spiritual culture of Hinduism manned by celebrities such as Rajaram Mohan Roy, Dayananda Saraswati, Lokamanya Tilak, Sri Aurobindo down to Mahatma Gandhi. This was a wide era of reconstruction with marked points of individuality and novelty which converted a historical heritage into a many sided living reality. It was within this movement that Ramakrishna and Vivekananda arose and built up their specific lines of work. It must be noted that their endeavour was not a mere revival, but a positive advance towards a height broader and taller than the traditional bequest. It dived into the roots of religious consciousness and plunged into the very bottom of the spiritual conception of life. Both these Masters were radical in that they did not obtain satisfaction from the current approaches of conventional religious paths and even the related theological and scriptural formulations, though they accorded to them considerations of a secondary order, but sought out the authority of authentic experience or the perception of the infinite divine reality.

In Ramakrishna's case, it was a search, passionate and all-consuming, for the Divine in the manner of indubitable certainty of vision. Nothing short of a total immediacy of experience could satiate his hunger and thirst. After that momentous discovery he pursued the different pathways promulgated in the different traditions of spirituality and confirmed by personal experience their basic truth. In this process, he found out by this confirmatory experimentation that all the traditions at their bottom were authentic and one and the same. At one stroke as it were, it got established that all religions were true and that all of them spoke out the same truth. Religion was true in so far as it was realisation and religions were one and undivided at the consummation. Such was the point of the singular and breath- taking achievement of Sri Ramakrishna. No wonder he is deified.

Swami Vivekananda received this message and vision from Sri Ramakrishna and worked it up in his own personal inward struggle and reached the final point of irrevocable realisation. The truth of the Master's discovery captured his mighty soul into everlasting dedication. After settling himself in this plane of certitude, it was his turn to build up the corollaries. While Ramakrishna reveled in setting forth his realisation in bewitching parables, drawn from anecdotes from religious literature and keen observations of life in general with a positive gusto and amplitude, Swami Vivekananda presented the same truth in intellectual terms. He had mastered the lasting fundamentals of western thought and the schools and scriptures of the Indian tradition. He was versed adequately in modern science. In terms of this vast horizon of thought, he poured out in his lectures, works and letters, the philosophical substance of what his Master and the vedantic tradition presented as the highest truth. There was modernism and intellectual vitality in what he proclaimed in his momentous presentation. Intellectualization was the one outstanding mode of his teaching. Added to this, there was another equally arresting aspect. The Swami conceived spirituality as true and genuine only in so far as it transformed itself into humanism, into the service of man in a spirit of worship. He discarded the religiosity that cut itself away from the service of the poor, the suffering and the wretched. Perhaps, he was the first in the Indian spiritual history who gave a vigorous humanistic turn to spiritual motivation. He was equally emphatic that humanism without the consciousness of divinity as immanent in all life was an impossibility if it was not a calculated hypocrisy. This blending of the spiritual and human in life, in a creative fusion in all activities is a novelty in Indian religious history. The virtue of compassion does not naturally take up a positive and active form of creative altruism. Swami Vivekananda would not mind if one's entire spiritual life was conceived and practiced as a march to the Creator through the service of His creatures. There are several levels of service and there are several factors to be mobilised in service. This, in the hands of Swami Vivekananda, almost becomes the Sovereign Pathway to God.

The new epoch of Vedanta ushered in and unfolded by Sri Ramakrishna and Swami Vivekananda marks the emergence of four principal maxims.

1. The reality of the Divine as an experienced and experiential verity.

2. The basic principles of all religions are one and the same.

3. The affirmation of the religious consciousness commands absolute intellectual validation.

4. Pursuit of religious self-realisation must be through active and positive love and service of all life. 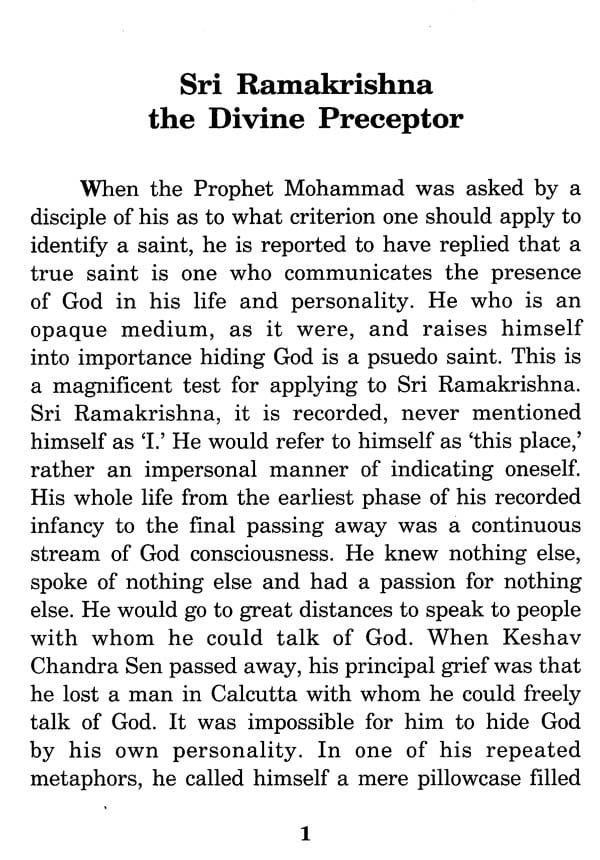 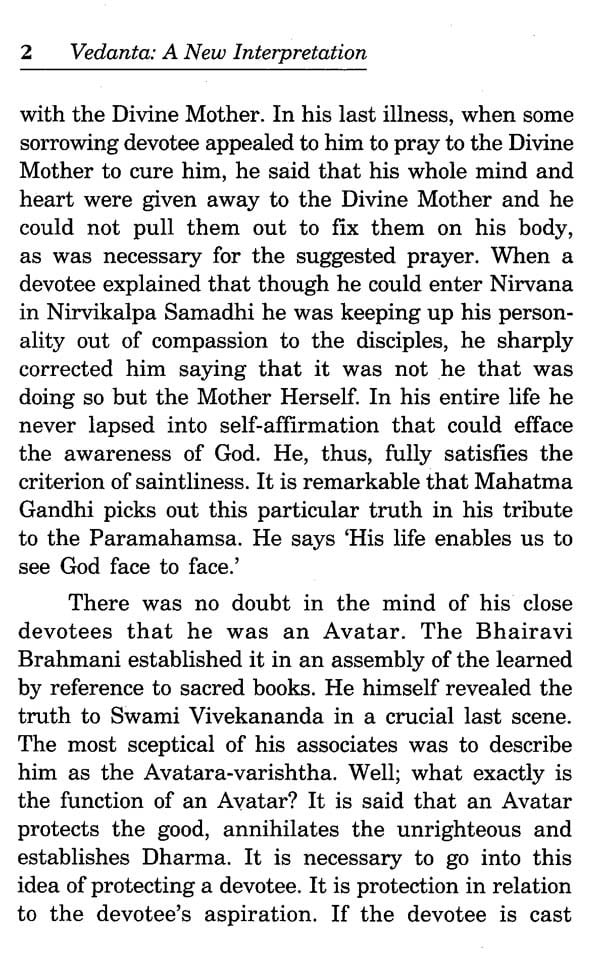 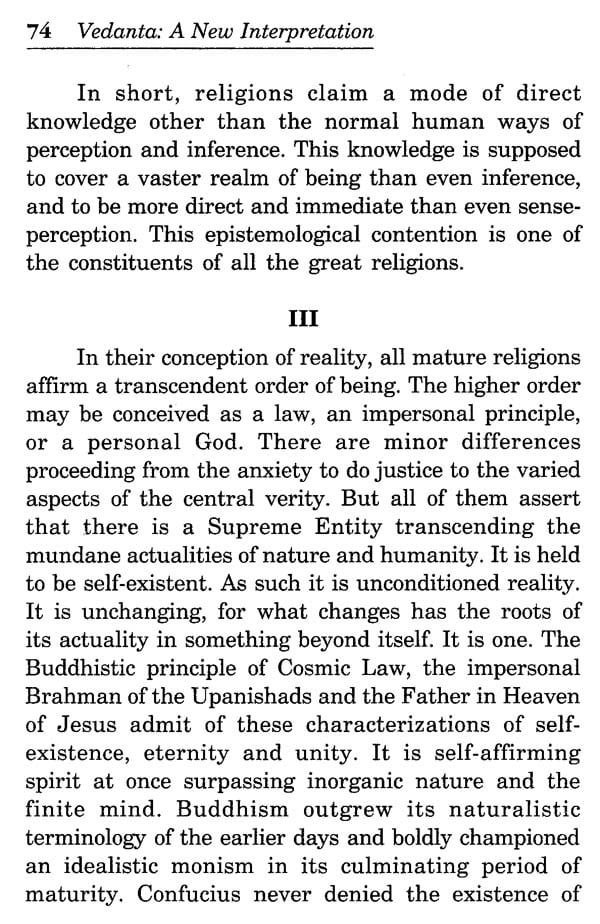 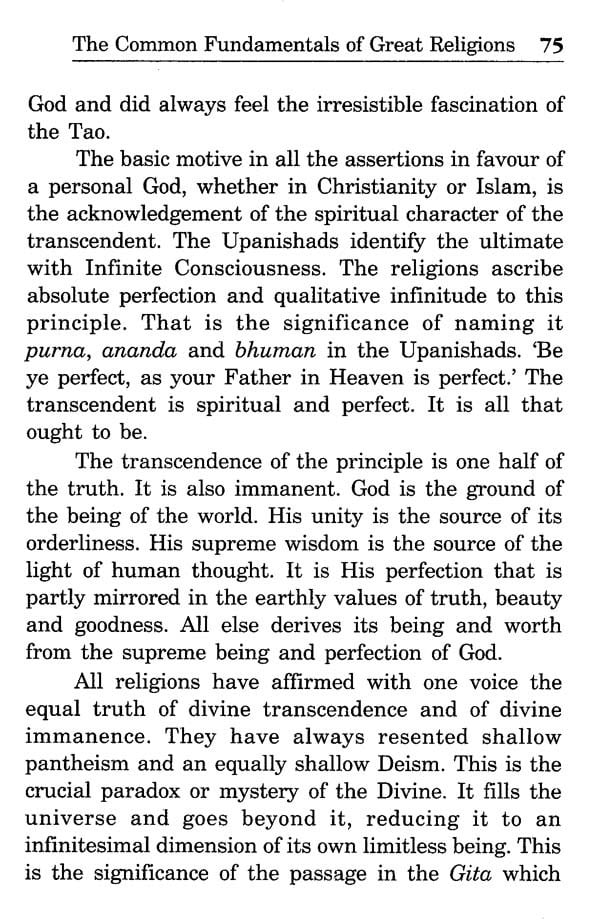