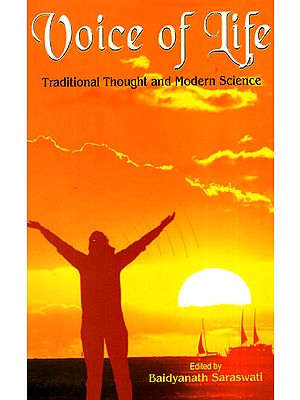 The volume presents views on life from the traditional as well as modern perspectives to come up with many interpretations. Indologists, anthropologists, sociologists, philosophers and physical and social scientists profess that traditional thought and modern science offer two different world-views on life: the first encompassing a wholeness of life, and the other explaining the universe and life with ideas of the realm of matter alone.

Referring to various ancient texts as well as thoughts of social scientists based on empirical studies, the contributors delve into the Upanisadic and Vedic concepts of life, and the Hindu astrological and ayurvedic perception of life. They examine the Christian perspective of life as well. Discussing the theme from the viewpoint of physical law, the book surveys evolution of life and extinction theories, focusing on development of life over 600 million years from simple to complex. It ponders over questions like radical difference between living and non-living matter though both consist of molecules. Connecting science to societal development, it deals with ancient community theories on life and nature taking specific ethnic communities like the Mesoamericans and the Santals in India as examples.

The book is an all-inclusive and extensive study of traditional and scientific perspectives on the life origin, urges and responses, meaning and essence of life, and its development.

Baidyanath Saraswati, an anthropologist, has spent some four decades in unravelling the relationship between traditional thought and modern science. He is known to a wide public for his ambitious attempt to make sense of Hinduism, an extremely complex religion. His works on Brahmanic Ritual Traditions; Kashi: Myth and Reality; Spectrum of the Sacred; The Eternal Hinduism; and Cultures and Cosmos are major contributions.

Baidyanath Saraswati :"From the viewpoint of anthropology, the acceptance of a theory depends greatly upon its fitness to holistic perspective." This is what Nirmal Kumar Bose used to say. In my introduction to the first volume on Traditional Thought and Modern Science, I have shared with readers the Voice of Death published in 2005. The second volume is concerned with the Voice of Life at multiple levels, again through indologists, anthropologists, sociologists, philosophers, and physical and social scientists making an effort to re-language traditional thought in terms of modern science, making diverse interpretations at various levels.

Theme: In thinking out Life it is perfectly in order to compare the traditional vision with the modern science. Traditional thought is based on the world level. For the ordinary viewers there are two worlds: the Earth with the physical phenomena, and the Sky with the celestial phenomena. All existence is divided into two realms: the realm of the living and the realm of the dead. Both these realms are governed by Time. To begin, it is important to raise questions. We see Life is a universal phenomenon; Death is also a universal phenomenon. But do they stand at the same level? Or is there a principle of Life on one hand, and a principle of Death on the other? Did they start off together, or sequentially, one 2 after another? In whom do they continue? How do they unfold themselves? Do they belong to the same order of reality? Are they involved in maintaining the cosmic process? Is there a third entity beyond life and death? Can one find a key to this reality? The world order is perpetuated by the Universal Feminine and the Universal Masculine. Time is the measure of all. The smallest unit of the cosmological time is the yuga, a creation age. The four yugas make up a mahayuga. One day of Brahma, the creator, constitutes thousand fourfold yugas. The Gods have incredibly long Life in comparison to the creatures of the Earth. Nevertheless, they also pass through the cycle of Life and Death.

How does Life manifest itself? The Garbha Upanisad describes the Life process thus: One night after the union, in a fertile period, arises a nodule (kalil); after seven nights it changes into bubble (budbud); in half a month arises the embryo (pinda); after one month it becomes solid; when two months have passed the head appears; after three months the formation of the feet is completed; at four months happily originate the sex, the abdomen and the hips; at five months the back forms; after six months form the mouth, nose, eyes and ears; and after seven months the individual soul concludes the unification. At eight months all the parts are complete. Is unborn Life significant? Yes, indeed, because it carries out the "occult effect" on one whose basic formation of personality is complete. The Mahabharata story of Abhimanyu learning secrets of fighting a particular art of war while still in his mothers' womb is a case in point. That is to say, the genetically determined differences are formed in an "unborn" stage of Life. What makes Life begin? The moment of birth marks the beginning of the early Life with the "inborn characters." 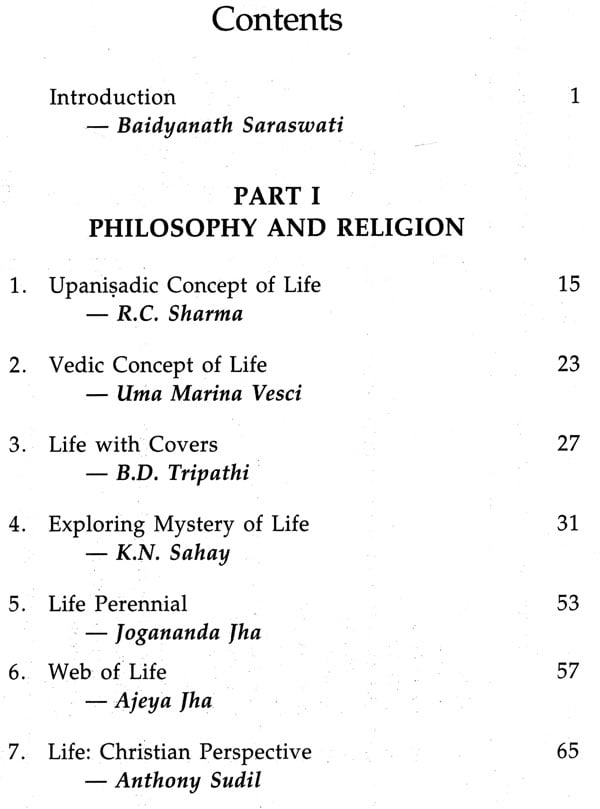 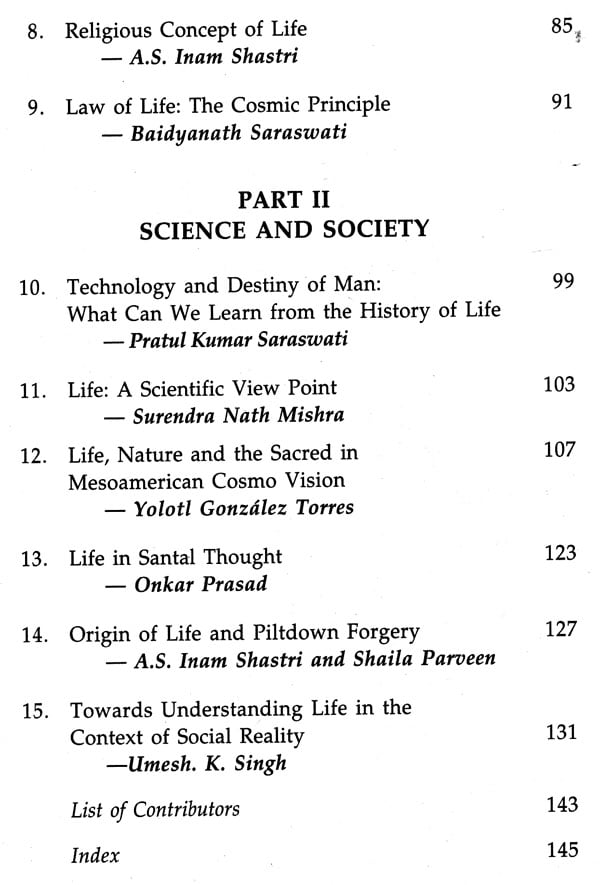 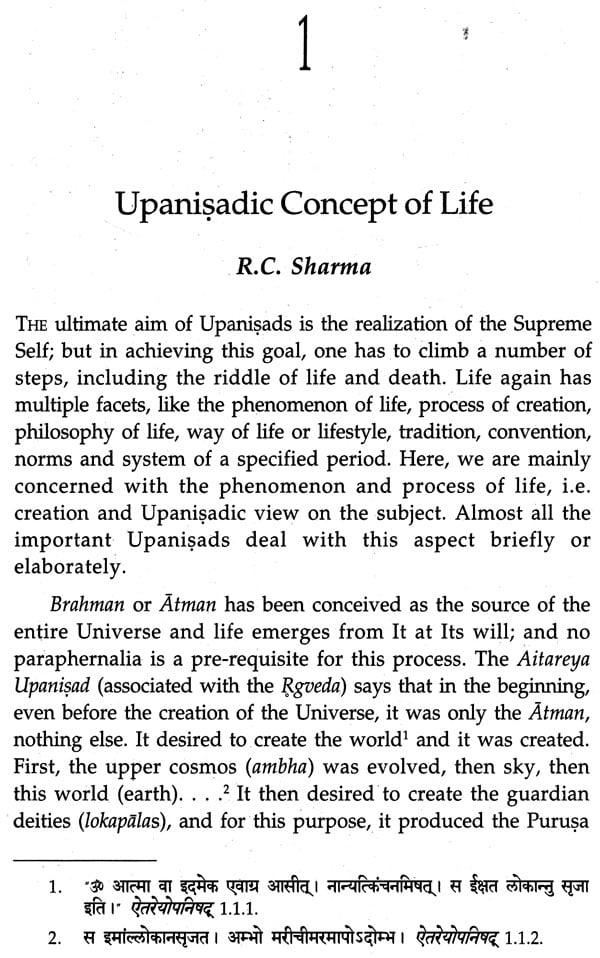 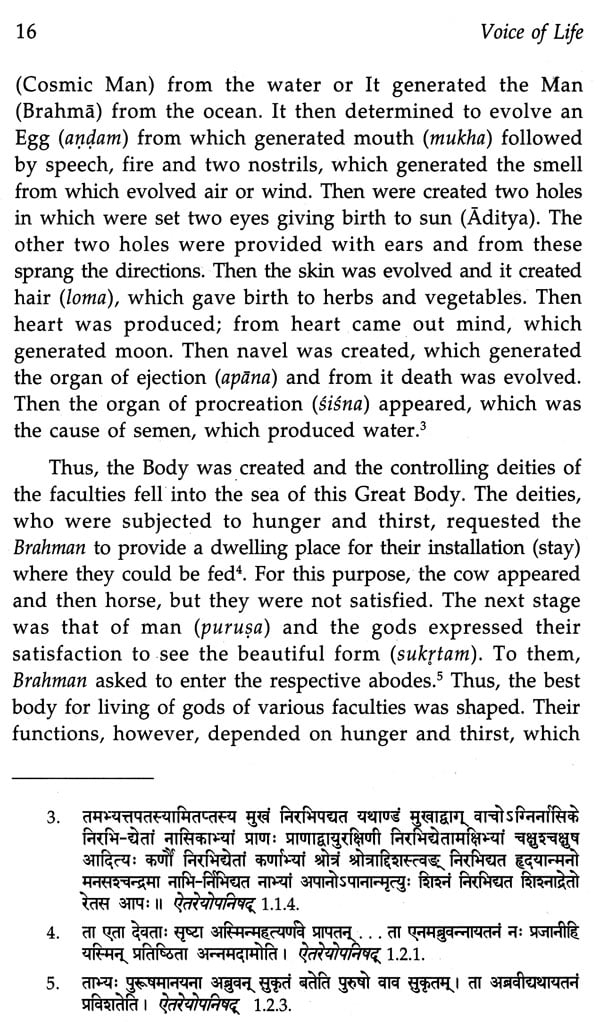 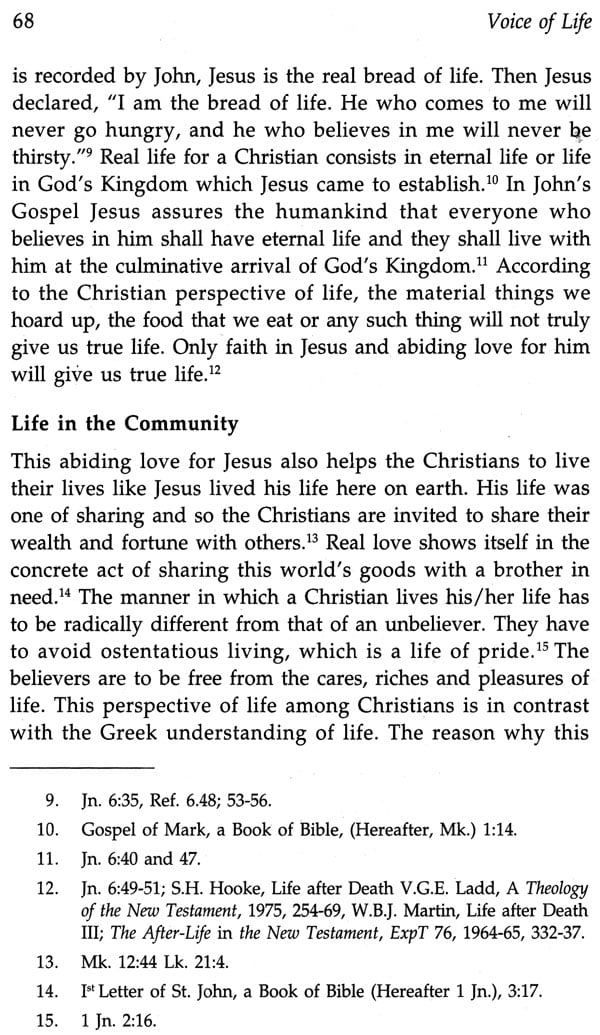 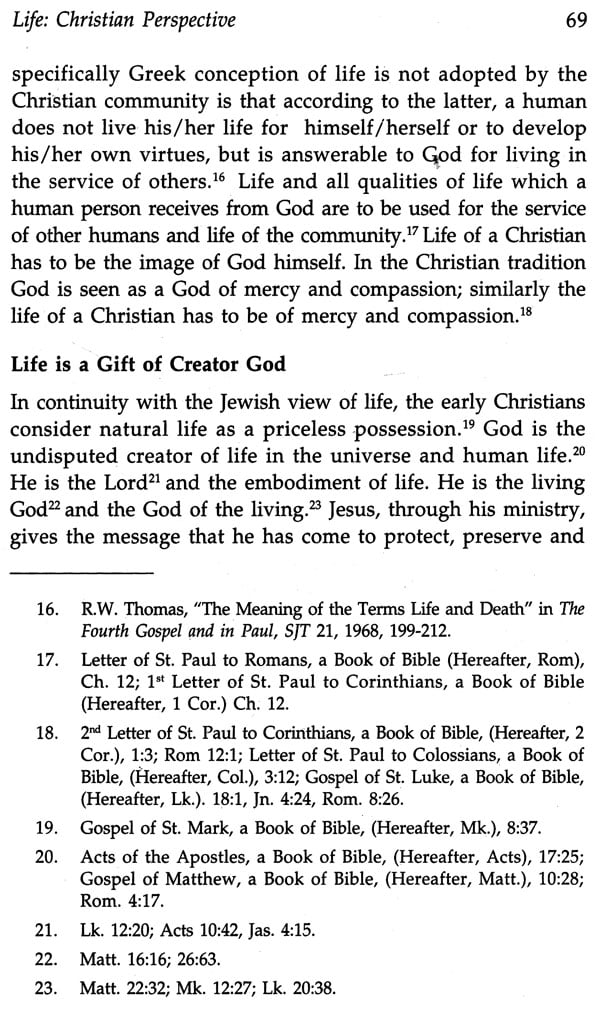 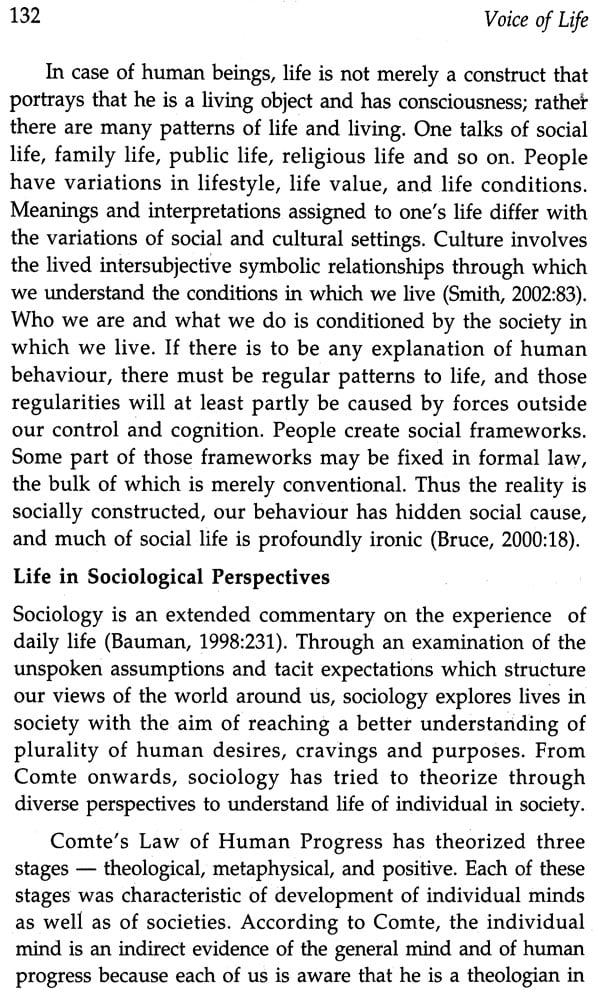 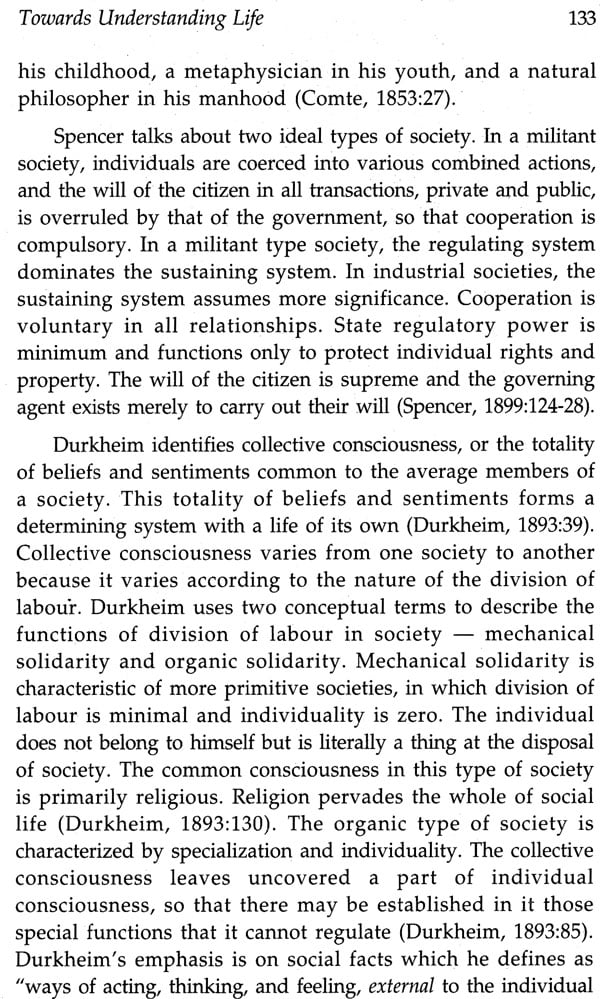 Ancient Indian Science and its Relevance to the Modern World
By Prof. K.E. Govindan
$24
FREE Delivery 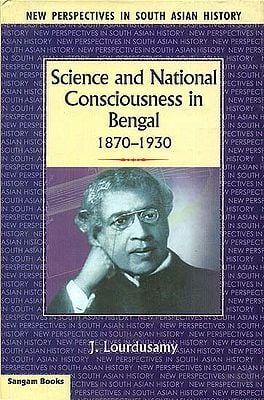 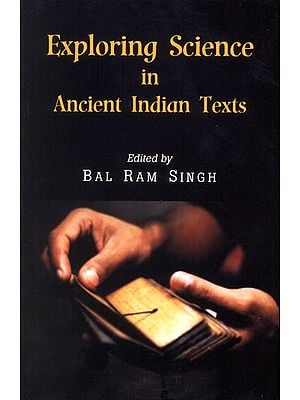 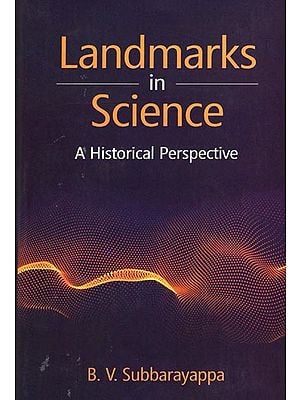