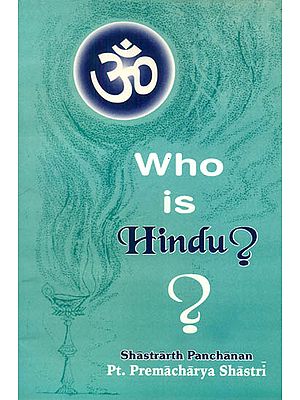 A Glimpse of the Book

A common Indian finds himself unable to reply why is he Hindu? Or- What is the criterion of being a Hindu? Or-on what basis, the Indians divided in several sects and faiths; are called Hindu?

Why are you Hindu? If so asked, a number of or almost all Indians will reply- “We are Hindu because our parents are Hindu. Had our parents Muslim or Christians, we would have addressed as Muslim or Christian” –This and nothing more, we generally say in reply. Imagine for a while that whether this brief reply exhibits a little, the sense of proud for being Hindu? – No, it gives no indication of self- respect for Hinduism. It is not satisfactory position of feeling in heart and disposition of Mind if a man accepts him Hindu only because he has got the material birth from his parents. Actually, it reveals only material identity absolutely inert while the query pertains to immaterial or spiritual or in other words, the sensitive soul because the Hindu word has no nexus with the matter. It is thus, a sorry state of affair that we are able to give our material identity varied ways e.g. Engineer, Doctor, clerk etc. But far away from our single, exclusive and spiritual identity. The western materialism and consumerism have actually made us deaf and dumb to the extent that we live but without knowing that who are us? When this is the position, it is far to say ....”What acts should we perform and what not?”......

I have composed this treatise or an essay on logic with an intention to clear the mis-comceptions hovering on the Hindu society due to following reasons:-

(1) Change of hands frequently in the ruling of India viZ. The history of India’s ruling had changed hands by enthroning, a number of Dynasties including Turk, Muslims, Gauri, Gazanavi, Slaves, Britishers etc.

(2) Effort of every dynasty to rule with his own faith/religion, it brought from the country where it opened its eyes first. This was because religious canons have direct nexus with the action of the human – beings.

(3) Owing to certain deficiencies/loopholes in the religion alias framework of mind, these rulers, Sultans, Kings whosoever they were, thought and act in destruction of the symbol of Hinduism, they saw in the form of material identity i.e. temple, Sarai, astronomical labs. Etc. They destroyed the written records including scriptures, travelogues, memoirs (Smrtis), the style of telling tales from one generation to the other (Sruti) yet being Sanstana (everlasting), Hinduism stands intact. Perhaps, this is due to the phenomenon of this holy-land (India) who brings and expels within due course of time, different faith followers so that Sanatana religion could face trial to come true.

(4) Superiority complex had inspired to all foreign rulers to subjugate Hindus not physically but by harnessing their frame work of mind also.

(5) Administration with considering servant to public had been witnessed in zero level in the mental framework of the past India rulers appeared here first with the label of invaders. “Might is right” has been seen everywhere.

–Owing to above reasons, the exterior clarity of the religion has fallen in the trench of doubts and hence, anylitical articles, essays are necessary to remove these clouds of doubts rumbling in the minds of the followers of Sanatana Dharma, popularly known as Hinduism.

“Readers will observe here a broad analysis on the Word “Hindu” and the behavioural therapy or the characteristics of Hindus. They will further see, authentic extracts from the scriptures with reference, thought of several scholars, the events and circumstance which played havoc on ideal approach of Hinduism and finally, the apparent mental disposition and physical acts of Hindus which should be and must be matching with.

The sole purpose of this composition is to tell Specifically that the term “Hindu” embeds in itself, all the people living within the four natural frontiers of Hindustana and there is no place for discrimination on the basis of race, caste, creed and origin. It is not a matter of class- conflict but Hinduism teaches humanity and it has direct nexus with human-beings or mankind as a whole.”Hindu” is a man who follows the five resolutions and stands undeviated from his path. Thus , this term signifies acts and functions that bring the man within its periphery.

This book will thus, generate, a sense of patriotism, kindness, tolerance, forgiveness, cooperation etc. among the people living within Hindustana because the residents of this holy-land should possess these gems of humanity-It is hoped.

It remains to say that entertaining Hinduism as canons of “How to live and act” for humanity as a whole will definitely give rise to universal brotherhood (Vasudhaiva Kutumbakam).

May! This work expels the mirage from the minds of Indians (Hindus) and brings “the light of the day” therein. 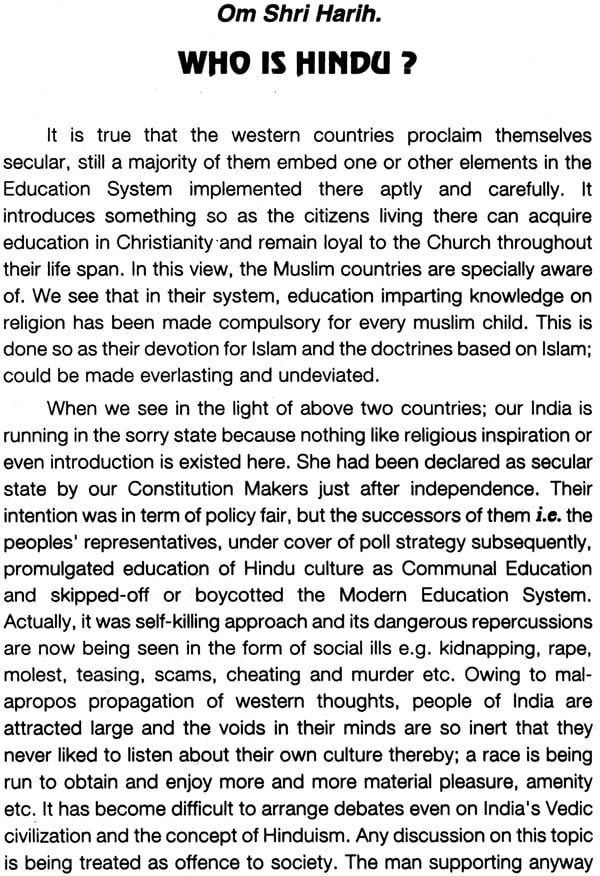 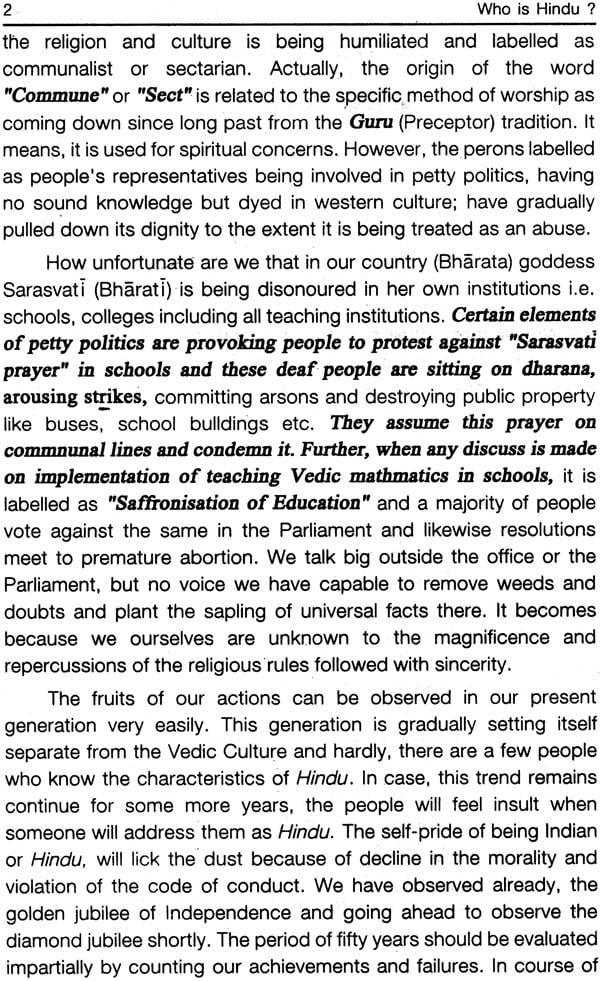 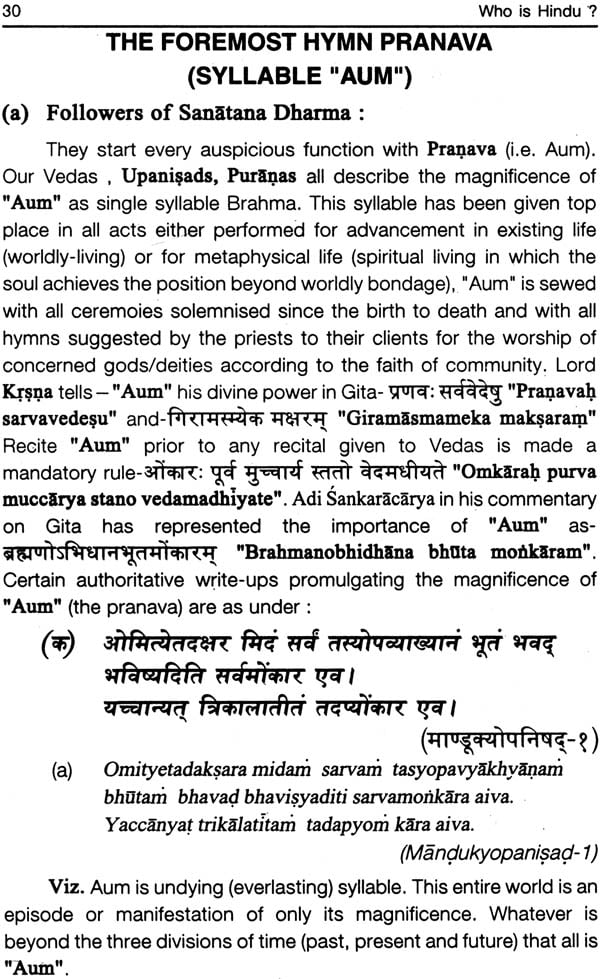 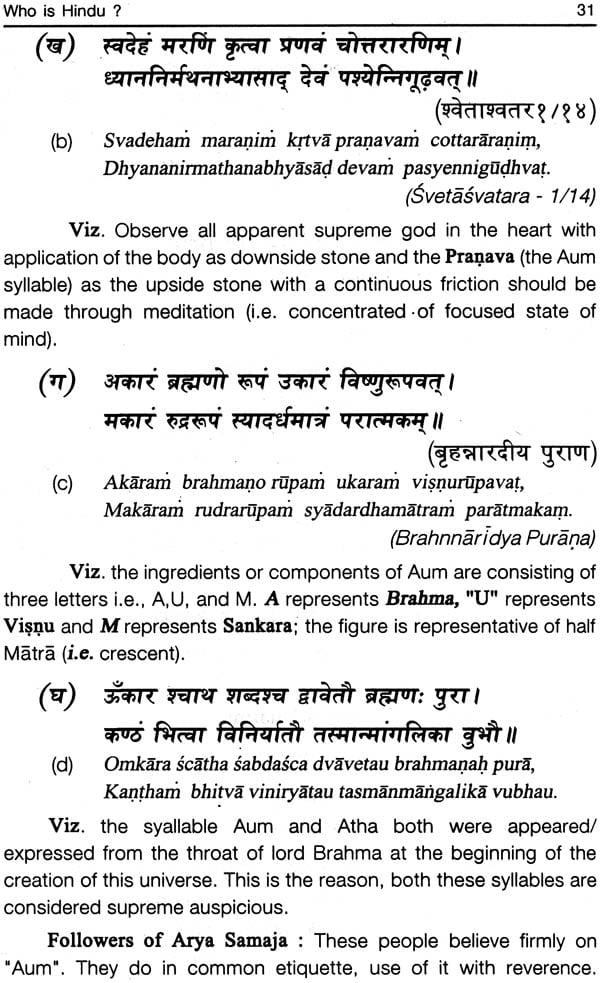 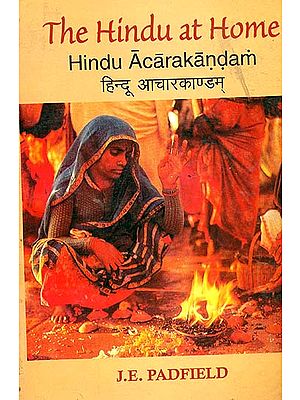 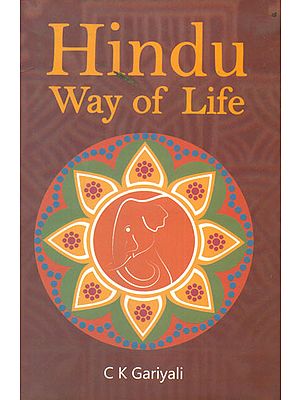 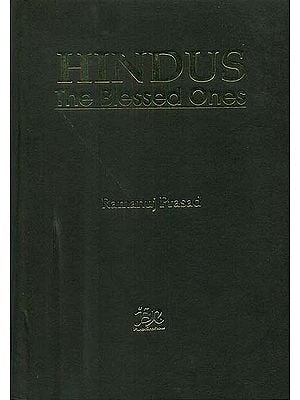 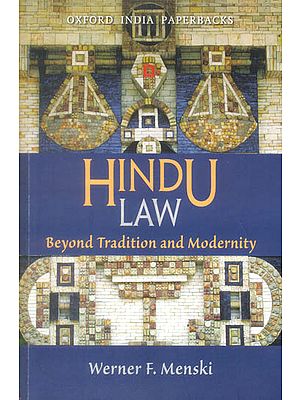 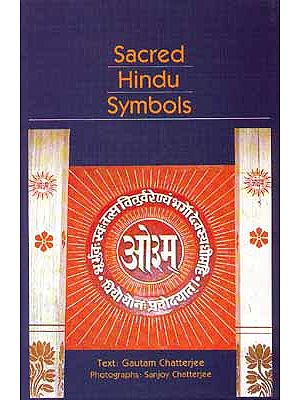 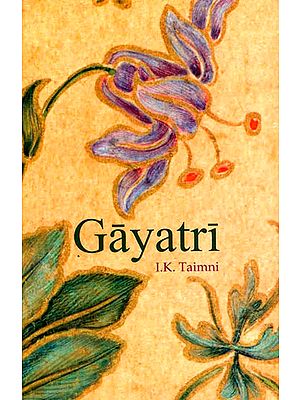