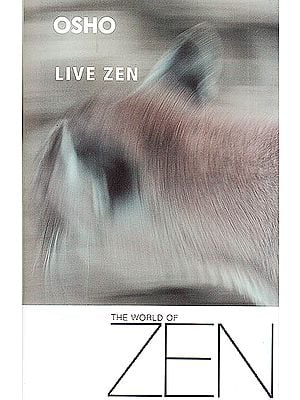 The World Of Live Zen (A New Therapy Is Born: Therapy Through Gibberish)

Osho’s extraordinary and inspirational talks on Zen are recognized works of genius and are studied in Universities and Zen monasteries throughout the world. He is the author of over 600 books covering everything from the wisdom of the world’s mystics to responding to intensely personal of the worlds’ mystics to responding to intensely personal questions about every step of the inner search and the future of humanity.

In this potent little book, Osho leads us through the mysterious world of the ancient Zen masters. When illuminated by his words and silences, what at first look like insoluble riddles become playful leaps into meditation.

During this series Osho introduces his visionary Osho No-Mind Meditative Therapy. To experience the no-mind of Zen, says Osho, first get rid of all the garbage and repressions that the mind is carrying. The cure: one hour of gibberish followed by one hour of silent sitting for a week.

“I call Zen the only living religion because it is not a religion, but only a religiousness. It has no dogma, it does not depend on any founder. It has no past; in fact it has nothing to teach you. It is the strangest thing that has happened in the whole history of mankind—strangest because it enjoys in emptiness, it blossoms in nothingness. It is fulfilled in innocence, in not knowing. It does not discriminate between the mundane and the sacred. For Zen, all that is, is sacred.”

Osho defies categorization, reflecting everything from the individual quest for meaning to the most urgent social and political issues facing society today. His books are not written but are transcribed from recordings of extemporane- ous talks given over a period of thirty-five years. Osho has been described by The Sunday Times in London as one of the "1000 Makers of the 20th Century" and by Sunday Mid-Day in India as one of the ten people - along with Gandhi, Nehru and Buddha - who have changed the destiny of India.

Osho has a stated aim of helping to create the conditions for the birth of a new kind of human being, characterized as "Zorba the Buddha" - one whose feet are firmly on the ground, yet whose hands can touch the stars. Running like a thread through all aspects of Osho is a vision that encom- passes both the timeless wisdom of the East and the highest potential of Western science and technology.

He is synonymous with a revolutionary contribution to the science of inner transformation and an approach to med- itation which specifically addresses the accelerated pace of contemporary life. The unique OSHO® Active Meditations" are designed to allow the release of accumulated stress in the body and mind so that it is easier to be still and experience the thought-free state of meditation.

The word experience indicates that it has become complete. Anything that becomes complete becomes dead, and Zen is the most alive thing in the world; hence it cannot be said that it is an experience. We have to invent a word, experiencing instead of river, revering. That gives the clear-cut idea that a river is not static, it is moving — on the way, always on the way, moving eternally, falling into the ocean, rising into the clouds, falling in the rain on the mountains, and again into the river. . moving in a circle of tremendous aliveness, never stopping anywhere.

There is no full stop in Zen, and all our words -- experience, knowledge, understanding - give the illusion of a full stop. We have to change our nouns into verbs --verbs come closer to life. We use the word life, but we should use the word living — that comes closer. Moment to moment, living. life seems to be something dead; it has already completed its course, has come to an end, to the graveyard.

Zen is certainly a mystique. In fact, it is the only mystique there is. But it is not being said, it is kept a secret so that you don’t go inside your being with a certain idea. You go absolutely clean and fresh. You will find the mystery, the immense mystery of life, but Zen’s absolute approach is not to give you any idea what you are going to find.

Hyakujo: The Everest of Zen (Zen Master Series)
By Osho Rajneesh
$33
Out of Stock

No Water No Moon: Talks on Zen Stories
By Osho
$32
Out of Stock

This. This. A Thousand Times This (The Very Essence of Zen)
By Osho
$53
FREE Delivery 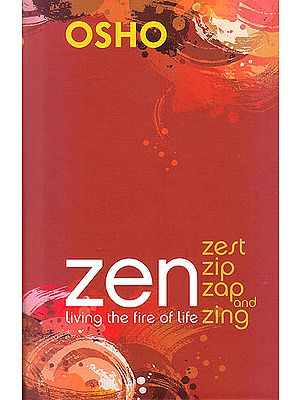