In the words of Dr B L Atray, who did his doctorate on the Philosophy of the Yoga Vasistha, ‘The Yoga Vasistha is a holy Ganges of Advaita Philosophy issuing forth from the Himalayas of the Upanishads, flowing onward to the infinite ocean of the future and increasing in its depth, volume and breadth as it passes on at the Prayaga of Hindu culture, where it is enriched by the quiet Yamuna of Buddhism and the invisible yet present Saraswati of the Samakhya thought, both having their source in different oceans of the Himalayas of the Upanishads. The Yoga Vasistha is the sacred Triveni.’

In a lecture delivered in the USA in 1904, the great saint Swami Rama Tirtha said, ‘One of the greatest books, the most wonderful ever written under the sun, the Yoga Vasistha which nobody on the earth can read without escaping God is consciousness.’

The cause and remedy of sufferings, self effort versus the destiny of the yogi (aspirant) to get freedom from suffering and ignorance, the teachings of Vasistha are intellectual and are meant for those who have acquired basic knowledge and intelligence. According to Swami Rama Tirtha, the remedy for al suffering springs from the mind. Life he says, as lived by the ignorant is full of misery and suffering. There is no lasting happiness as the life lived by the ignorant is full of changes such as death, deception, imperfection and ignorance. A person who wants to be happy, perfect and wise, should have a strong and ripe mind to understand and appreciate knowledge (Bramhagyana). Vasistha used a novel technique of illustrating his teaching through stories has depicted in the entire text.

Yoga Vasistha, the great epic on Vedanta is a dialogue between Rishi Vasistha and Lord Rama which takes place with the consent of King Dasaratha.

Rama returns to Ayodhya after a pilgrimage to different teerthas (sacred places) and is a changed person. He refuses to take on his royal responsibilities and spurns his worldly possessions. Raja Dasaratha is dismayed at the change in Rama. He calls his beloved son and asks, ‘why are you so despondent and indifferent to your duties?’ Rama remains silent. At that moment Vishwamitra comes to Dasaratha’s court. The Raja is delighted to see Vishwamitra and warmly embraces him. Vishwamitra has a favour to ask: ‘Your lordship I request you to allow Rama to accompany me to the ashram. The rakshasas are obstructing the Yagna. I need Rama’s help to overcome the challenge.’ The Raja replies, ‘I would be honoured to accompany you in the place of Rama.’ Vishwamitra is furious with the Raja’s response, as his heart and mind are set that the valiant Rama accompany him.

Rishi Vasistha tries to defuse the situation by asking Raja Dasaratha to concede to Rishi Vishwamitra’s request. Reluctantly Raja Dasaratha commands, ‘Bring Rama to the court.’ A dejected Rama enters the court. Vishwamitra is surprised, ‘Why Rama! Why are you so downhearted?’ Rama replies, ‘My Lord, I have learnt a lot from my travels. Wealth is divided unequally. While we live in luxury, many in our kingdom don’t even get a square meal. Our luxury has led us to greater desires for material things. Our power has made us feel that we are invincible and that we can rule the minds and in fact souls of the people. I prefer starvation to death!’

Vishwamitra saw the truth in what Rama said. He requested Rishi Vasistha, ‘Our Rama has nearly attained self-realisation like Suka, the son of Vyasa. I implore you to teach Rama the gyaan, through stories to help him in his quest.’

The teachings of Rishi Vasistha is in short, the Yoga Vasistha. His teachings consist of six chapters:

Vasistha says, ‘Brahman, being perfect has neither a beginning nor an end. He is the cause of the entire universe.’ When Bramhan is associated with nescience it is known as jiva (individual self). The jiva is really pure intelligence and is free of nescience (ignorance).

Truth cannot be known without thinking. Thinking alone leads to the attainment of peace, liberation – ‘Nirvana’. Thinking consists of logical investigation of problems such as who am I, what am I?

Yoga Vasistha illustrates that the soul is self-luminous, everlasting, and omnipresent. The next element described in detail is the mind. The mind is deceptive and egoistic with too much pride and vanity.

The third element is the corporal body formed of five physical elements or prakrati. The concept of sensation and mind has also been defined as the union of the breath of life with the body organs. If this union is merged with desire, the origin of the mind takes place.

This is why the living and sensitive plants are devoid of a mind. Therefore, it is illustrated that the end of desire is the end of the mind and leads to the end of the birth and death cycle, that is Nirvana or emancipation.

Not many are aware of the fact that the blockbuster Hollywood movie Matrix is based on stories from the Yoga Vasistha and that the New York University has printed a commentary on Yoga Vasistha. Yoga Vasistha-Vedanta Wisdom through Miniature Paintings is an introduction to this unique subject-an epic that provides insights into the ancient Vedanta wisdom, the nature of existence, reality and governance. It contains the timeless wisdom about self and Brahman, the creator, through a series of ancient paintings depicting stories from Yoga Vasistha. According to Vedanta, all one has to do to attain happiness is guide, supervise and control the vagaries of the mind with a strong and alert intellect. Through this intellectual mastery which bestows upon man a power that far exceeds any external empowerment, one can acquire, possess, and enjoy anything the world has to offer.

In this book, the powerful philosophy is depicted in story form through the beauty of miniature paintings, making it even more exquisite and poignant. A treasure which carries a wealth of information about consciousness, the book is a collector’s item-a great compilation of art and philosophy presented aesthetically.

Dr Bhaskar Raj Saxena has worked with multinational pharmaceutical companies for two decades. After retirement he was a visiting faculty to the Government Post Graduate College for Women at Hyderabad and Bharatiya Vidya Bhawan, Hyderabad. He as contributed more than sixty articles in English, Hindi and Urdu in various scientific journals and newspapers and authored two books in Urdu, both of which received awards from the Andhra Pradesh Urdu Academy. He has also edited three books in Hindi including one on Yoga Vasistha. Currently he gives talks on All India Radio, Hyderabad on scientific and cultural topics. 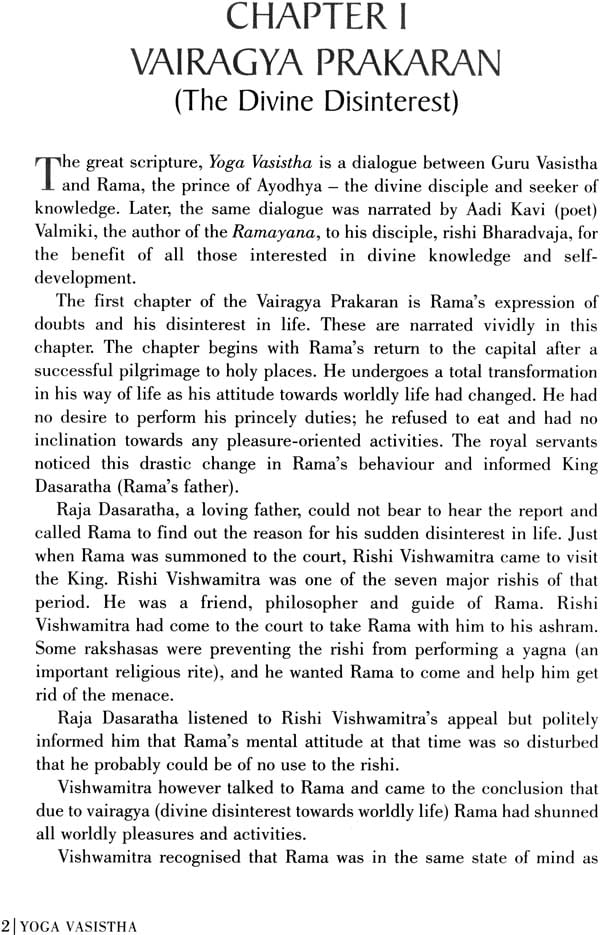 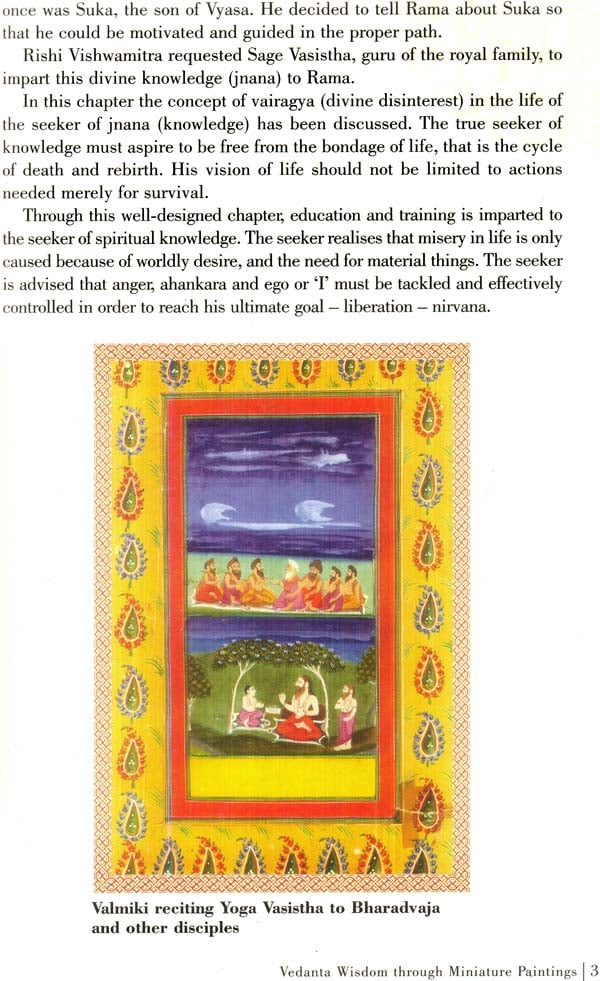 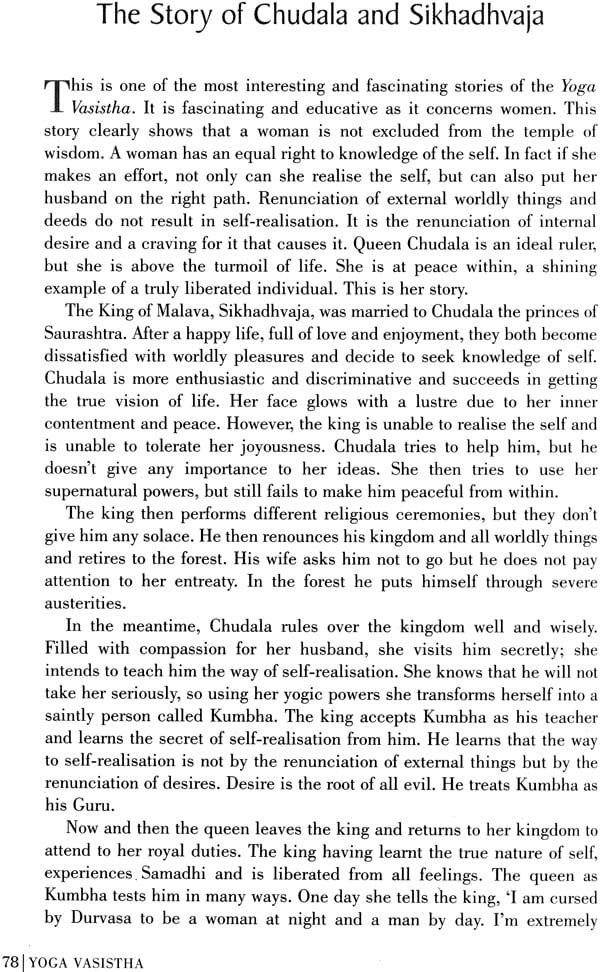 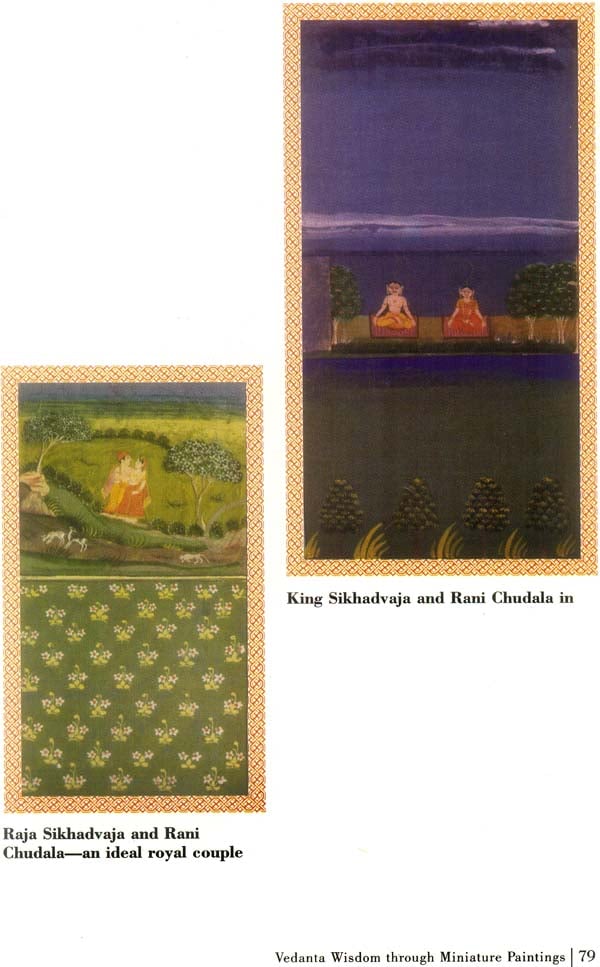 The Spirit of Indian Architecture: Vedantic Wisdom of Architecture for Building Harmonious Spaces and Life
By D.K. Bubbar
$135.00

The Sri Krsna Temple at Udupi (The Historical and Spiritual Center of The Madhvite Sect of Hinduism)
By B. N. Hebber
$40.00 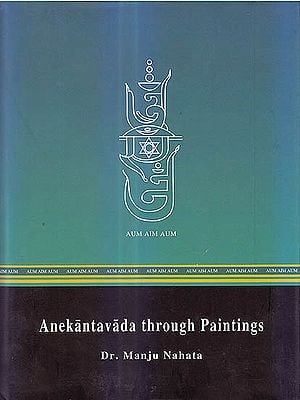 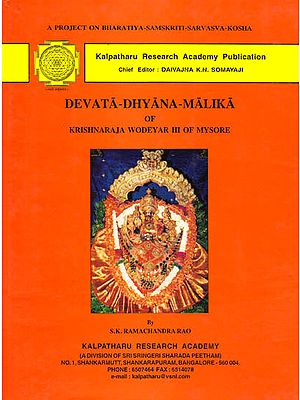