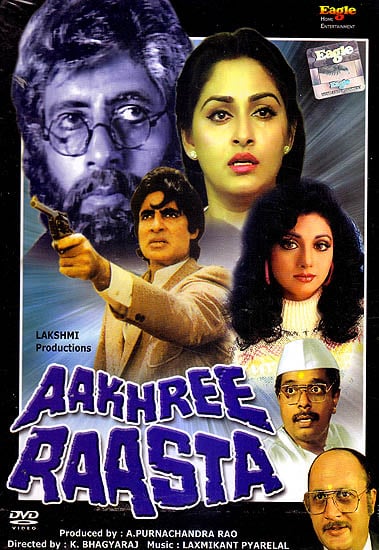 Bachelor David D’Costa lives a relatively poor life in Bombay. He literally worships Member of Parliament Chaturvedi and is even wlling to die for him. Now David is married his wife, Mary, is pregnant his frend Mahesh Sandaliya introduces Mary to Chaturvedi and with his blessings they name their son James. Then one day while he was busy with Rail Roko Andolan he gets arrested is lodged in a cell and is bailed out by Mahesh. When he returns home he finds that Mary has committed suicide. She left a note blaming Chaturvedi for molesting her. An upset David goes to confront Chaturvedi is intercepted by Police inspector Roop Kumar Shay and Dr. Verma the evidence is destroyed and he is blamed for Mary’s death arrested found guilty and sentenced to 20 years in prison. He asks Mahesh to look after james and teach him to hat and be a criminal. Twenty years later David is discharged he goes to visit Mahesh and is shocked to find that Mahesh ahs changed he is no longer a boot legger he now lives a wealthy life style he wants David to forget the past and live with his CID Inspector son James who he has re named Vijay. David is devastated with this news but is determined to avenge his wrongful convition and mary’s death so he sets about to kill his tormentors one by one the only obstruction he faces is none other than vijay who has sworn to protect all three men under any and all circumstances.