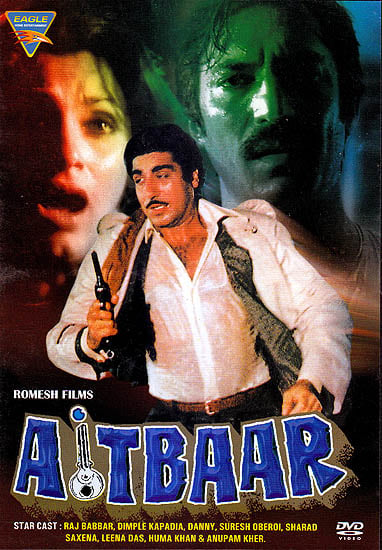 Synopsis: Neha is the only daughter of wealthy and widowed Mr. Khanna and he would like to see her married and well settled before he passes on Neha is in love with Sugar who is not prepared for marriage so she marries the man of her dad’s choice a tennis player, Jaideep, soon after her marriage her dad passes away and she finds that Jaideep does not love her anymore and is in fact very abusive toward her. This leads her back to Sugar’s arms who is now a successful singer. Then Neha notices a remarkable change in Jaideep’s behavior he abstains from alcohol starts taking an interest in her dad’s business appears apologetic for his past abusive behavior and adores her. Then her life turn upside down when she receives a letter from a blackmailer asking her to pay up one Lakh Rupees or a love letter written to her by Sagar will be mailed to Jaideep. Neha Delivers the money but is unable to get the letter back. She confides about this to sagar. One day while sager and Jaideep are out at a stag party. Neha’s house in broken into and a man Vikramjit attempts to kill her but instead ends up getting killed by her. Police are summoned by Jaideep who find the letter from sagar in Vikramjit’s pocket. As a result Neha is arrested tried in court and sentenced to death under section 302 of the Indian penal code. Watch what impact this verdict has on Jaideep and how it effects his relationship with sagar.