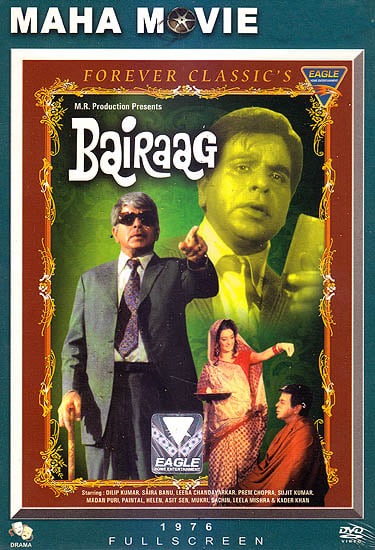 Thakur Chandrabhan lives a wealthy lifestyle in a small village in India. He is widowed and lives with his sister a widowed daughter in law Saraswati and a grand daughter, Tara who is of marriageable age. Also living in this household is Bholanath who is blind since birth and helps with household chores. Tara’s marriage is arranged with a young man, Pratap Singh, from a noble family who approves of tara but demands a dowry of 3 Lakh Rupees. Chandrabhan does not have this much money but Bholanath has been Stashing away cash, that is guarded by a snake and offers all of it to pratap who accepts is and absconds. Blind bhola is unable to pursue him but is instead bitten by the snake regains his vision and sets forth of Bombay to locate Pratap. Several weeks later Bholanath returns home just in time to be told that he must marry tara as she refuses to marry anyone else. Tara notices something very odd about Bholanath as he calls her Tara not as little Mistress as he used to is terrified of snakes and seems more cultured and educated. The family decides to get the two engaged however the ceremony is interrupted by the arrival of the police who have an arrest warrant for Bholanath for theft and Murder of a young woman named lucy. The question remains what was Bholanath up to in Bombay whose money did he steal and why did he end up killing lucy?