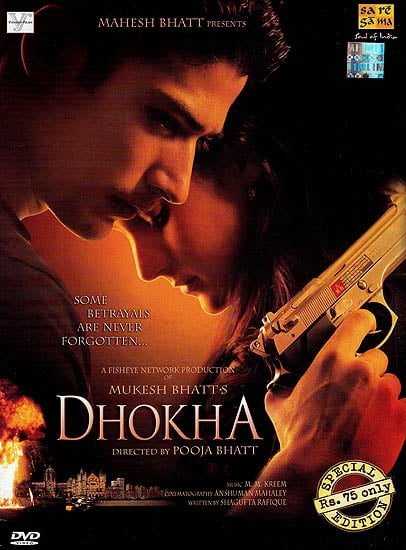 Some Betrayals are never forgotten

Zaid Ahmed (Muzamil Ibrahim) is a bright young Muslim police officer in Mumbai. Dedicated to his work respected and admired by his colleagues and community he represents integration at its most and the chaos that plagues his city and on the night of a deadly bombing at the new Century Club he works tirelessly to help the shocked and shattered patients brought to the hospitals. But his night of turmoil and death takes a horrifying personal turn. His wife’s body the beautiful mysterious Sarah (Tulip Joshi) is found amongst the dead with massive injuries. Things turn even more horrific when the police coldly announce that Sarah’s injuries were typical of those found on fundamentalist suicide bombers. As evidence mounts that his wife Sarah was responsible for the cat atrophic bombing, Zaid is torn between cherished memories of their years together and the inescapable realization that the beautiful intelligent woman he loved had a life far removed from their comfortable assimilated existence together form the opening of the film to its searing conclusion Dhokha displays the reality of terrorism and its incalculable spiritual coasts. Intense and humane devoid of political bias and hatred intensely thoughtful sensitive and felt it displays a profound understanding of what can seem impossible to understand.