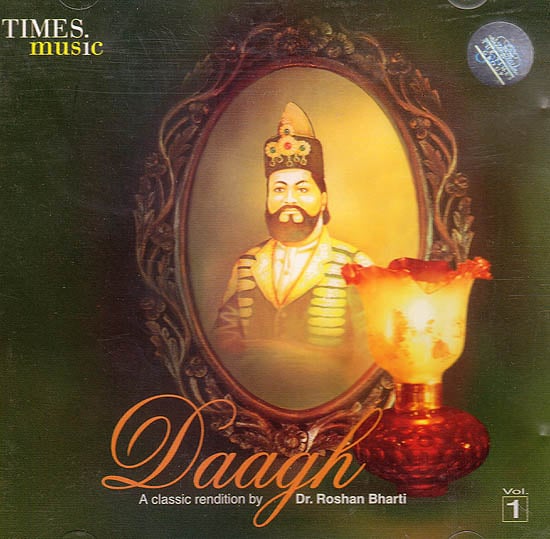 Dr. Roshan Bharti an upcoming promising ghazal singer of India belongs to the famous Senia gharana. He grew up in a world where music reigned supreme beginning from the time of his birth when his grandfather the late Ustad Jamal Khan Sang Raga Darbari to him.

Roshan’s parents encouraged him to sing and from the age of five his father Shri Yasmin Bharti began to train him in classical music and taught him the intricacies of various rages. Rigorous practice imbibed in him a sense of discipline and from which is evident in his singing style.

At the age of nine Roshan made his first national appearance. The occasion was the all Indian Music competition at Kamani Auditorium organized by the Delhi Based music group Sangeetayan. Needless to say Roshan came first at this meet and the audience was stunned at the vocal range of this child prodigy.

Roshan’s interest in music led him to do his Master’s Degree in Music. He won the gold Medal by topping the University of Rajasthan with distinction. He is also an accomplished a grade artist and his melodious voice can be regularly heard over the airwaves. Roshan also has to his credit a doctoral research work (thesis) on Begum Akbar’s life and works from the University of Rajasthan.

With flawless poetry flowing straight from his heart Nawab Mirza khan Dehlvi weaved into it the myriad facets of life skillfully enriching his expressions with emotions and thus enchanting millions of admirers.

His poetic flair complemented the delicate intricacies of composing shairee. The poet’s heightened sense of music added luster to his poetry. Probably that’s why whenever his ghazals are rendered they tug at the heartstrings of listeners and take them into them into another realm one of peace and calm. His versatile verses have given him the distinction of being counted in the same league as greats like Ghalib and mir.

Born and brought up in a royal family his comfortable life afforded him several opportunities to observe life and draw from it. His work reflected his inspiration. His creations dazzle not only with the flowering of romanced but also include day to day experiences that the common man can identify with in fact his writing almost seems like a personal dairy as though he has penned down his feelings.