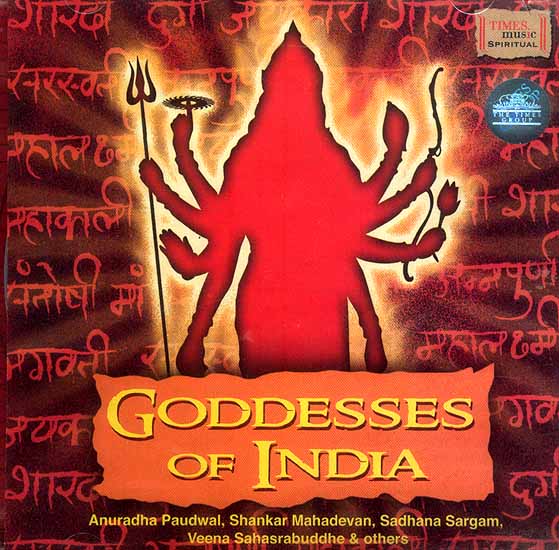 Mother Goddess of Devi pours the gift of joy into the heart of man and provides the humankind with knowledge of the spirit eternal. The persona of mother Goddess in India combines the imagery of both fertility and nurturing. Myriad are her shrines and unending her boons. She is considered as a dynamic warrior representing the 'Shakti' or the 'feminine force' that defines the combined strength of the entire pantheon. Tradition of worship has woven around her innumerable myths and the devotional mind has discovered oceans of mercy in her. In fury or in frown, she is always the same protective, caring, loving Mother with a blessing hand for those with pious and constructive thoughts. At the same time, she destructs evil forces like a streak of lightening. Owing to her 'Shakti', she is invoked as the Supreme Power reigning the cosmos.

Various incarnations of this mother goddess exist and each incarnation plays a definitive role. Saraswati gives the boon of knowledge upon earth. She is the Goddess of learning and is considered as the inventor of all the arts of civilization: music, poetry, letters mathematics, science, calendars, magic, the Vedas and all other branches of learning. Bhavani, the bestower of existence, is evoked by women in labor for blessings of the goddess for safe delivery and preservation life. Kali, the black Earth Mother, also known as Jagdamba, is the Goddess of creation, preservation and destruction. In other words, she is the Conqueror of time, Goddess of fertility, death and regeneration. Durga, the Queen Mother, is the Warrior Goddess who rode tigers into battle defending Her children, the gods. She rules over death, destruction, futility, ruin, comfort and help. Lakshmi showers on her devotees, immense wealth and abundance. Goddess of fortune, she is also considered as the Goddess of Sovereignty and Beauty. Many other, incarnations of mother goddess such as Tara, Savitri, Aditi, Indrani, Maya, Parvati, Sharada, Shitala, Uma, Ushas amongst others exist, who empower humankind in their own unique way. Revere all these varied incarnations of the powerful Mother Goddess and wel in the world of her protection.