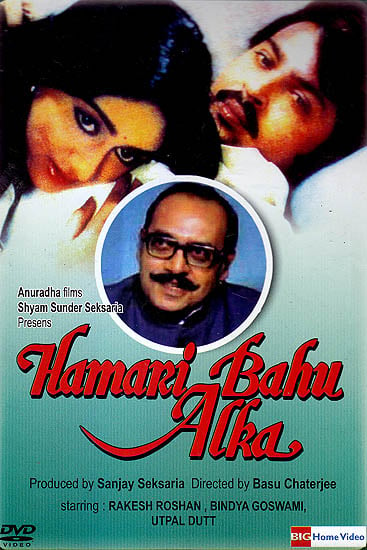 Collegian pratap chand allas Pratap lives with his father Badriprasad a building contractor his housewife mom and a younger brother, Ramu, Badriprasad is always critical of Pratap and never a day passes without Pratap being reminded of his shortcomings. When Pratap’s friend Sunil gets married to Sudha Badriprasad arranges Pratap’s marriage with a village belle named Alka, much to Pratap’s chagrin. After the marriage takes place. Pratap Finds Alka attractive and both fall in love with each other and want some time together. But that is not be so as Pratap has leave on the pretext of visiting Alka’s parents in another distant town. Instead both go to Bombay rent a room and decide to spend some time together. But fate has other plans rather comical for them and will make them rue their decision of coming to Bombay.