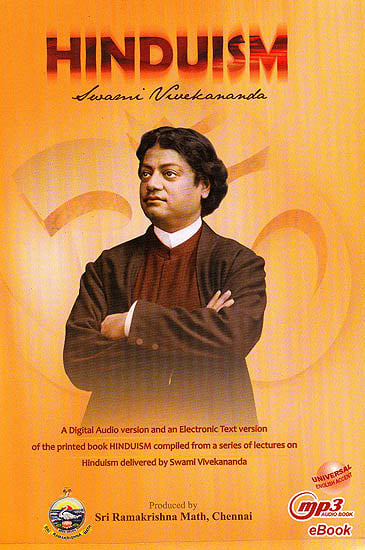 $24.00
Ships in 1-3 days
Notify me when this item is available
Save to Wishlist Send as E-card Share by Email
About the MP3

This CD contains the lectures of Swami Vivekananda on Hinduism narrated in MP3 audio book format spoken with neutral English Accent understood universally. A complete electronic version of the book is also included in standard e Book format as a Read along with the audio book.

Hindu Religion does not consist in struggles and attempts to believe in a certain doctrine or dogma but in realizing not in believing but in being and becoming.