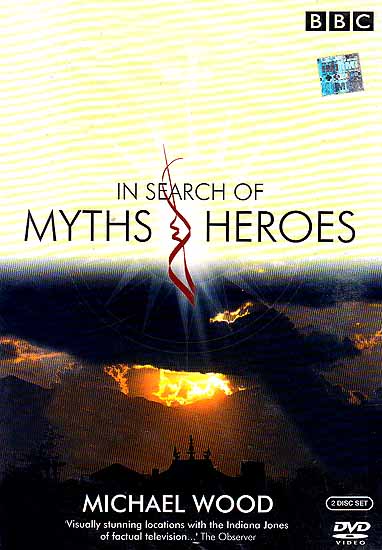 ‘Wood is an erudite and passionate guide…

The Sunday Telegraph
Michael Wood goes in pursuit of the truth behind four of the world’s best loved legends the exotic and mysterious Queen of Sheba the earthly paradise of Shangri-la Jason’s heroic quest of the golden Fleece and Arthur the Once & Future King.

Join Wood on his compelling journeys to some of the most remote and exciting places on earth the fantastic landscapes of Western Tibet the Mountains of Georgia and the Caucasus, Ethiopia, Yemen and the Horn of Africa as well as Greece, Turkey, India, Nepal, Egypt, Israel and the world of Celtic Britain and the West of Ireland. Amidst these incredible locations Michael seeks to uncover why such stories continue to captivate and inspire millions around the world.

This unmissable quartet of films from a uniquely inspiring presenter is at once an epic travelogue a historical adventure and an exploration of some of humanity’s most enduring myths.