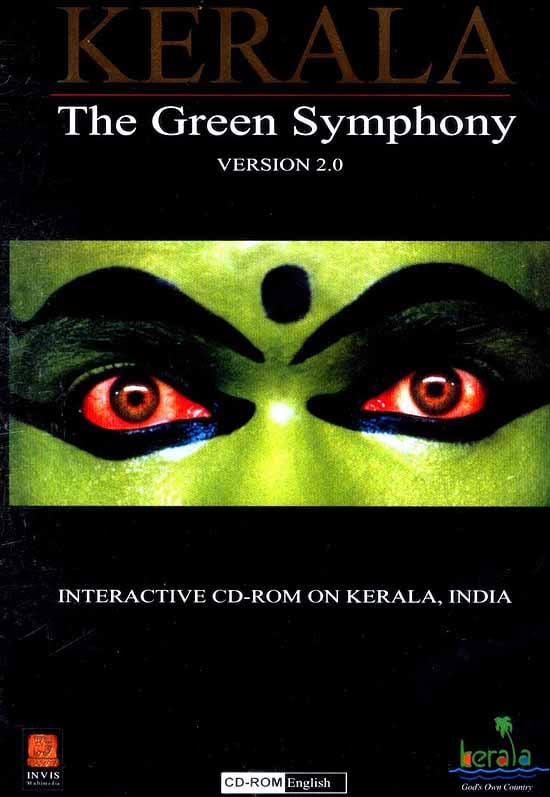 Kerala: The Green Symphony, an interactive CD-ROM, is a mini encyclopedia on Kerala. Designed and developed with elements of 3D animation, video clips, photographs and authentically compiled text Kerala: The Green Symphony features five major sections, offering its users a wealth of information on Kerala, which would be of use to travelers, academics, students, researchers etc.

Among the five sections featuring in the CD-ROM, the section Land & People introduces Kerala through 10 sub sections. 1. Districts feature details of all districts in Kerala that include geography, area, population, interesting places and accessibility. 2. Geography deals with the origin and physiography of Kerala. 3. Climate deals with the different seasons of Kerala. 4. Location has all the information on how to get to Kerala by land, air and water. Major land, air and water routes are featured and explained with interactive maps. 5. Profile lets you know about Kerala’s demographic features, its working populace and the people’s passion for politics. It also deals with the foreign influences on this land. 6. Religion lets one know about the religions prevalent in Kerala. It also explains the introduction of Buddhism, Islam and Christianity in Kerala. 7. Lifestyle deals with the everyday life of Keralities. It takes you on a guided tour of the marriage ceremonies of different religions, Kerala’s exquisite jewellery, attire and traditional cuisine. 8. Flora & Fauna explores the mesmerizing greenery of Kerala and introduces the different varieties of birds and animals in the state. 9. Landmarks explore the different events, which shaped Kerala into what it is today. It deals with the Gulf boom, library movement, Kerala model of development and the impact of various social-political movements among others. 10. Personalities showcase the prominent Keralites of the 20th Century, known for their outstanding contribution to Kerala’s society, culture, politics, art, sports and literature. Raja Ravi Varma the painter, Thakazhi the novelist, Laurie Baker the architect, K. M. Mammen Mapillai the industrialist, Dr. Kamala Suraiya the poetess, P. T. Usha the athlete are some of those internationally renowned personalities of Kerala.