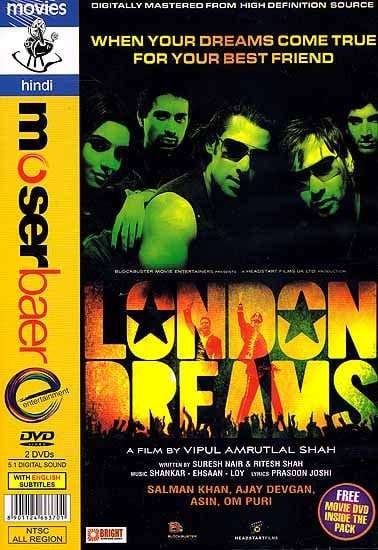 They were childhood friends. But they had little in common except their family’s vague connection with music. But little did they except music to strengthen their friendship and then test it with catastrophic results…

Arjun diligently pursued his dream at the risk of running away from an uncle who was his only family in an unfamiliar land and roaming the streets of London before taking shelter in a music shop and priming until he’s ready to make his foray into the world of music and showmanship.

As Arjun forges a band with Zoheb and Wasim two brothers who’d duped their relatives in Pakistan to travel in London in pursuit of their musical aspirations, and Priya a music enthusiast from a conservative south Indian family, far away in Punjab music becomes a survival tool for Mannu, who takes to playing in wedding bands in his village.

But when the gets Mannu to London and makes him a part of the band, Arjun soon realizes he’s created the biggest threat and obstacle to his own ambitions.

For Mannu with his inherent musical gift irreverent style of performing becomes an instant darling of the crowds. What has taken Arjun years to achieve Mannu does overnight. It causes Arjun to feel betrayed by the God to whom he’d surrendered everything in return for eminence in music.

Arjun unbearable pangs of jealously only worsen when Mannu also unwittingly woos and wins his secret love, Priya. As he battles his demons, Arjun slowly devises a sinister plan to destroy his best friends. Over a three city tour spanning Paris, Rome and Amsterdam, Arjun sends a naïve Mannu on a downward hurtling rollercoaster ride of sex and drugs that almost breaks Mannu’s spirit and his love life days before a show at Wembley a venue where Arjun hopes to have moment of glory. A venue where his grandfather had tailed before a crowed of 25000 people.

But a rude shock awakens Arjun at Wembley at the expense of his band his friendship and his credibility a humbling experience that teaches him the true meaning of acceptance in life.