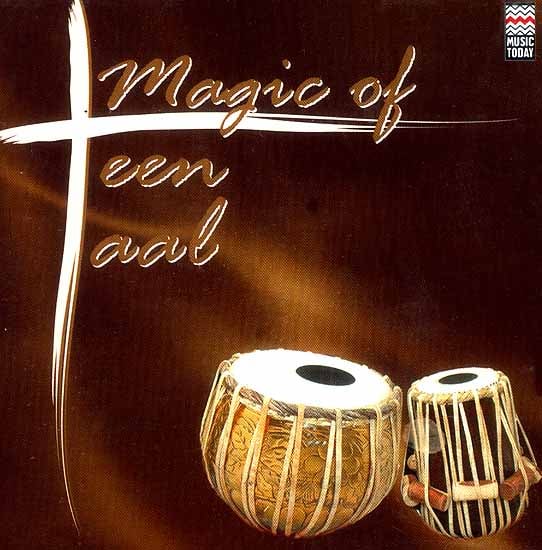 $28.00
Notify me when this item is available
Save to Wishlist Send as E-card Share by Email
From the CD
Magic of Teen Taal

Teen Taal is the most common of the taal-s in Hindustani classical music. This unique presentation is an exploration into this fantastic and yet simple beat structure, presented by great maestros of percussion.

Tabla has been a predominant percussion instrument of Hindustani (khayal) music. The concept of taal has come to mean the way it is played on the tabla. While a hundred of taal-s are known, only a twenty or so are frequently used.

Teen taal is the most common of the tall-s and is considered to be the fundamental beat structure amongst them all. It has 16 matras (metre), but is called teen (three) taal (beat) because it has three Talis (claps) and a khali (wave) to make four kriya-s. It is usually expressed as four vibhaga-s (sections) of four mantras each.

The magic of'Teen Taal’ is not only an exploration of the fantastic yet simple beat structure, but also a presentation of how the great maestros express their emotions through the taal in their unique styles.