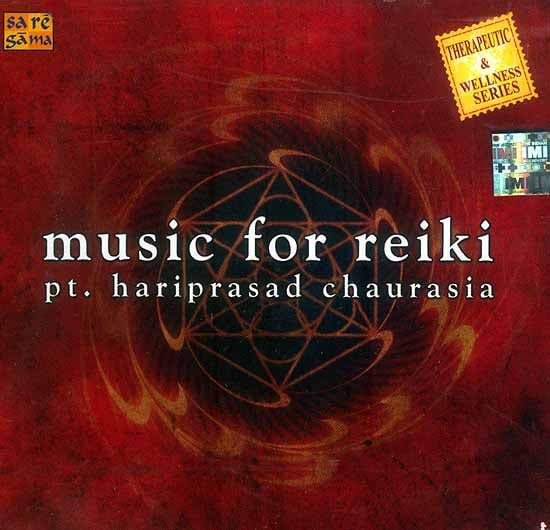 FREE Delivery
Only 1 available
$35
Ships in 1-3 days
Notify me when this item is available
From the CD:

Reiki means the Universal life force energy. “Rei” means the cosmic energy. “Ki” means the Body energy of an individual. The art of joining “Rei” with “Ki” is known as “Reiki”.

Dr. Mikao Usui of japan revived the ancient Indian “Pran Vidya” as “Reiki” in the late 19th century. He devised a method of attuning a person to be a Reiki channel. A Reiki channel, by the virtue of his initiation to Reiki, connects Rei to his ki through his crown chakra, then takes it to his Third Eye, then invites it to his Throat chakra and then further calls it to his Heart Chakra. The Hands being the branches of Heart chakra, Reiki then proceeds to the hands and flows through the palms of the channel. Whenever the Reiki- charged palms of a channel touch any part of the patient’s body, they make up the deficiency of Prana Shakti in that particular area and restore the disturbed Vital force of that individual.

The ancient Reiki had a mention of only seven such body points which need Reiki in order to enhance the vibratory level of the body. However the modern age medical practitioners who became Reiki practitioners underlined the healing effect of Reiki and insisted on 28 body points that should receive Reiki. They also came to a conclusion that each body point should receive Reiki for three minutes

The flute of India has been spiritually associated with lord Krishna. Pt. Hariprasad Chaurasia is the present day master of flute. We have anthologized appropriate pieces from his vast repertoire available with us to help the Reiki channels go into the realms of Reiki mood.