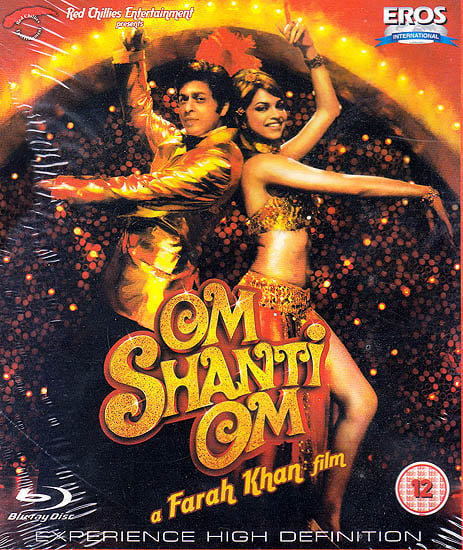 The makers of ‘Main Hoon Na’ are back with the biggest film of 2007! ‘Om Shanti Om!’
Farah Khan, one of the most accomplished directors in India, weaves a spectacular story of romance, revenge and reincarnation.

‘Om Shanti Om’ is a romantic saga of a boy next door, Om Prakash Makhija (Shah Rukh Khan) who works as a junior artiste in Bollywood in the 79’s. He is madly in love with superstar of that time, Shantipriya (Deepika Padukone). His dreams and aspirations to become a superstar and be with this lady love are thwarted as he witnesses the brutal murder of his beloved Shantipriya by a mercenary producer Mukesh Mehra (Arjun Rampal). Om Prakash dies, trying to save his Shanti.

But destiny has something else in store when ‘Om Prakash’ a junior artiste returns as ‘Om Kapoor’ the superstar of 2007!! His journey of rediscovering himself, his past life and avenging the death of his beloved is the story of ‘Om Shanti Om!’

‘Om Shanti Om’ is a tribute, especially to the joyous and exultant era of Bollywood – the swinging 70’s! It has captured the imagination of the audiences worldwide with its dramatic storytelling, musical narration and stunning performances, making it the ‘Highest Grossing film of Bollywood ever!’