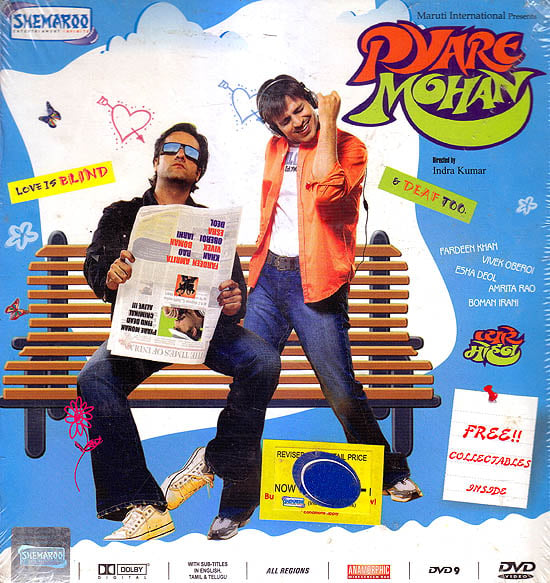 Blind as a bat and deaf as a post the inseparable duo of Pyare (Khan) and Mohan (Oberoi) find themselves in funny situations because of their disabilities. Romance blossoms when they meet Preeti (Deol) and Priya (Rao).

As they try to win their hearts they find themselves in a hilarious adventure. In jumps tony (Irani) the dead but still alive underworld don whose out to get them all. What follows is a rip roaring comedy of errors that will leave you rolling with laughter! A Fun Filled comedy.