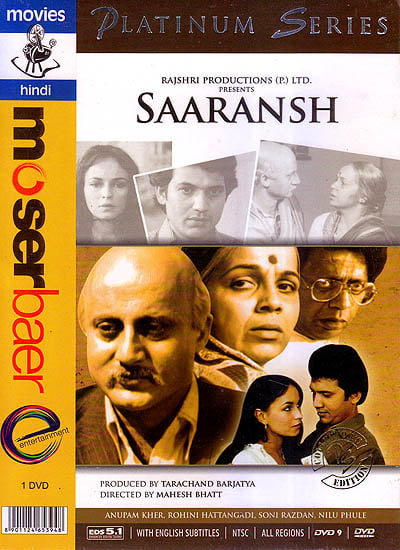 Devastated to learn that their only child a son has been killed by muggers in New York City former headmaster B.B. Prahdan and his wife Parvati, grieve with their son dead there is no income coming in so they rent out a room in their Shivaji Park apartment to a budding bollywood actress Sujata Suman who has been having an illicit affair with the only son of a politician named Gajanan Chitre. Vilas lacks the guts to tell his father that he is in love and would like to marry Sujata and hence puts off any marriage plans. They do get intimate and as a result Sujata gets pregnant. When Pradhan finds out he offers to take Sujata to meet Gajanan with the hope that he will permit her to become his daughter in law. But Gajanan not only refuses he also threatens them he warms them of dire consequences if Sujata does not abort the child and moves away to another town. Pradhan refuses to let Sujata out of his house and then begins the staking and harassment by Gajanen’s men. Pradhan goes to file a police complaint but is told that the police cannot even touch Gajanan’s men. Sujata has no choice but to continue to seek shelter with pradhan and his wife. Sujata does not know that Pradhan and Parvati have a secret agenda of their own in keeping her within their sight.

With English Subtitles
NTSC All Regions