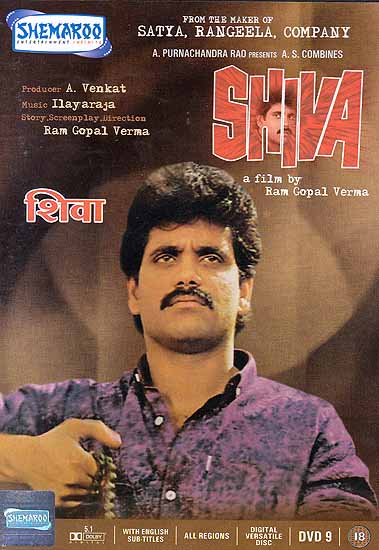 £16.50
Ships in 1-3 days
Notify me when this item is available
Save to Wishlist Send as E-card Share by Email
From the DVD

Shiva, quiet and unassuming, joins a college in mid-semester. Asha and Malli, fellow students slowly draw hi in to their fold. This college is ruled over by JD and his goons. Lectures are disrupted, girls are teased and boys tormented. JD does all this with the backing of Bhavani, a politician. JD gets a taste of his own medicine when he crosses Shiva’s path once too often. When Shiva challenges JD by fighting the student elections, it becomes open war. When Shiva’s friends become victims of JD’s violence, he does not seek revenge. He systematically and cold bloodedly sets about removing Bhavani’s supporters one by one, leaving him gasping and afraid for his for his life. A tense action thriller from Ram Gopal Verma.