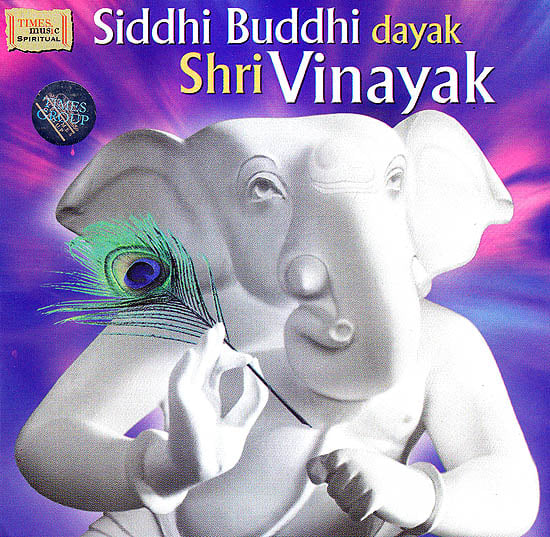 Arghya Mantra is usually an invitation to the deity Ganesh lord of Siddhi (Success) and the Buddhi (wisdom) being invoked.

This beautiful stotra was written for the Rishi’s of yore dedicated to Buddhi and achieving Siddhis in this hymn Lord Ganesha is revered as the Parabrhama the highest Brahaman. He is the cause of this world and all knowledge the remover of ignorance and torments. The recitation of this stotra specially removes mental confusion and lends stability and piety to the mind of the devotee.

A stotra divided in 5 jewel like mantras describing the siddhis of Lord Ganesh the great Adi Shankaracharya composed this hymn. A stunningly crafted and a beautiful hymn whose sweetness is realized while singing. This stotra describes the various forms of Lord Siddhivinayak. And the one who recites this hymn everyday is bestowed with health, long life and success.

This stotra flows from the thinking that thee is no restriction of time and place for worshipping the Lord. Even a mental image of the Lord and the recitation of this stotra will give you the satisfaction of performing an elaborate Puja everything is imagined by the mind and is offered by the mind. The lord is offered a throne Ganga jal (water) is decked up in all the fineries. And other things dear to him like red flowers, durva, shami and the modaka are laid at the Lord’s feet. And as a blessing from Lord Vinayak the intellect of the devotee becomes extensive and epansive and is sanctified with peace of mind.

Chanting of this mantra leads to the blessing of Buddhi and Siddhi from this most attractive and lovable deity of the Hindu Pantheon.

Lord Ganesha is worshipped for various purposes and blessings. By reciting this stotra everyday, one is bestowed with good progeny and offspring is blessed with Siddhi and the buddhi moreover, the son in turn becomes an ardent devotee of Lord Gajanan.

An Aarti specially written for this album emphasizing the fact that Buddhi and Siddhi are both inter related and inter dependent and one without the other is useless. Only Siddhi is useless and can prove dangerous without the Buddhi that is the reason the lovable Lord Vinayak blesses us with both.

A favorite Aarti widely popular throughout the country.