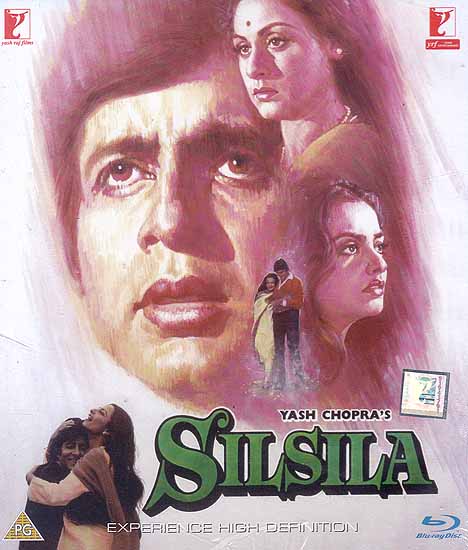 Amit (Amitabh Bachchan) a poet decides to bury his past life along with his love for Chandni (Rekha) when he meets Shobha (Jaya Bachchan). Shobha’s life has come to a standstill after her fiancé and Amit’s brother Shekhar (Shashi Kapoor) dies in a plane crash.

Amit had only come to mourn death of his brother with Shobha but ends up sacrificing his own love and life in an attempt to give Shobha a new lease of life. When fate brings Amit and Chandni face to face again, both are married to different people – but neither can ignore their feelings for each other.

Silsila is a story, thwarted by society’s demands, which reappears as adultery but can it survive in the face of society?

This Disc is playable only on Blu-Ray Players with bonus view capabilities and seamless menu navigation.