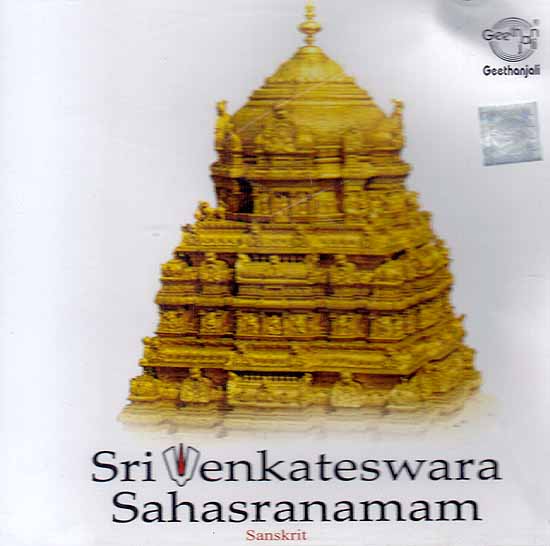 FREE Delivery
Only 1 available
$22
Ships in 1-3 days
Notify me when this item is available
From the CD:

Namasankirtana, i.e, the repetition of the divine name is the effective means to neutralize the evil effects of Kaliyuga and to attain bliss. The most powerful way of doing this is the recitation of Sahasranama or the thousand names of the chosen deity. These names or epithets describe and glorify the chosen God. Composed by the ancient Rishis the Sahasranama vibrate with the powerful divine energy if they are chanted with sincere piety and meditation. This energy stimulates certain nerve centers in the brain and promotes a state of mental equipoise and general well being.

Lord Venkateswara, popularly addressed as Balaji, the Lord of the Seven Hills at Tirupati is the deity sought after by crores of people for attaining his grace and magical solutions to all. The upturn of life is guaranteed to every one, seeking succour under his lotus feet. He is rich in all respects and is benevolent to all those who contemplate on Him.

The recitation of these stotras with clear diction and devotion has been rendered with a divine touch by Dr. R. Thiagarajan, Head of the post graduate and research department of Sanskrit, Presidency College, along with his team Sri. Muthukumaraswamy, K.M. Shyam Sundar and Sri Bhakthavatchallam and, Mr. Manikkavinayagam the famous Music Director.