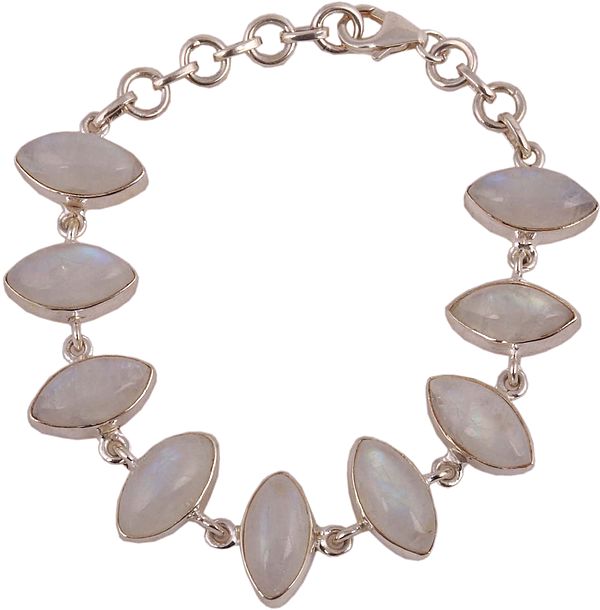 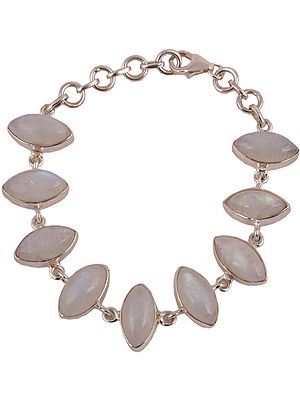 $65.00
This dazzling Rainbow Moonstone bracelet contains nine individual Rainbow Moonstones, each cut in the shape of an eye, otherwise known as a Marquise cut. For Hindu believers, these beautiful eye-shaped stones may easily be recognized as depicting the 1,000 eyes of Indra. In ancient texts, Indra is said to have received his 1,000 eyes after lying with Sage Gautama Maharishi’s wife, Ahalya. Though this status befell him as a punishment, Indra would later come to be known as the Lord of a Thousand Eyes, one of his most well-known epithets. In addition, nine of Indra’s eyes are represented here as the number nine represents longevity, good luck, and eternity.

Exotic India is proud to present this dazzling bracelet in Sterling Silver and Rainbow Moonstone due to the wonderful properties that these two materials embody. Rainbow Moonstone has been in spiritual use for over 2,000 years in India, channeling the mysterious qualities of the moon such as intuition, lucid dreams and the natural rhythms of Nature. Rainbow Moonstone can be used by any individual wanting to dive into a deeper relationship with their own soul and learn what hidden secrets lie there waiting to be revealed. In addition, the Sterling Silver supporting these Rainbow Moonstones has been used to reflect negative energies and to help access difficult emotions. Silver contains and nurtures healthy energies it is given. Order our Sterling Rainbow Moonstone Marquise Bracelet now and feel your natural intuition rising up in your soul. 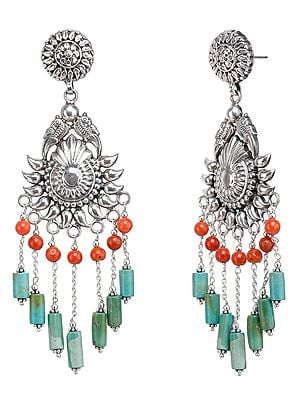 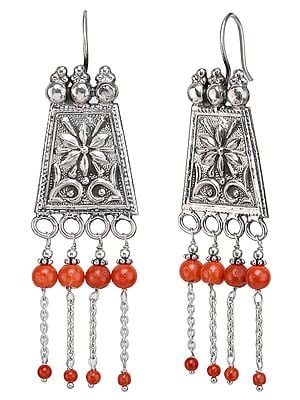