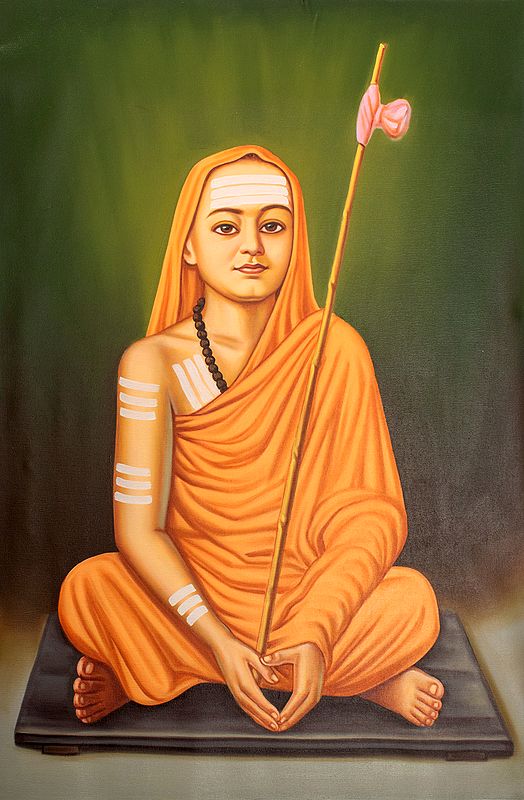 $325.00
Being one of the most celebrated philosophers in India, Adi Shankaracharya is credited to have consolidated the Advaita Vedanta. This is an enormous feat and doing so allowed Adi Shankaracharya to unify the learnings and thoughts of Hinduism. To fully grasp Hinduism, in all its dynamic systems of thoughts and all-encompassing teachings, requires total dedication and devotion that tie all ideas together. This makes Adi Shankaracharya a champion of Hindu theology and philosophy.

This oil painting done on canvas created by Anup Gomay depicts the guru in a serene state, sitting on a mat with his tranquil expression. Instead of his hands being drawn raised, it is drawn like a mudra of meditation which signals an enlightened mind. Like the many sanyasis and saints in India, he is decked in saffron clothing. He also carries a walking stick, in here painted with a pink ribbon tied to carry a small food packet.

His prayer beads and Tilaka (or the white mark on his forehead, collar, and arms) are also painted faithful to tradition.A closer look, Adi Shankaracharya's fair complexion, saffron fit, and walking stick are all consistent with the warm color tone of orange. This color scheme is further highlighted with the use of green, a bit of yellow, and brown at the backdrop, with the artist utilizing varying brushstrokes and a play on light to effectively focus on fully on Adi Shankaracharya’s sitting form.

This item can be backordered
Time required to recreate this artwork
4 to 6 weeks
Advance to be paid now
$65.00 (20%)
Balance to be paid once product is ready
$260.00
Notify me when this item is available
Save to Wishlist Send as E-card Share by Email 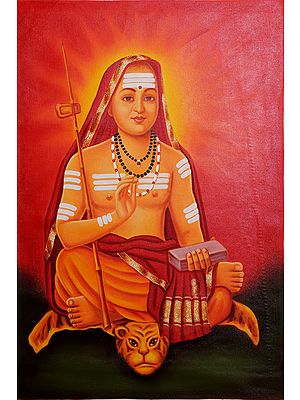 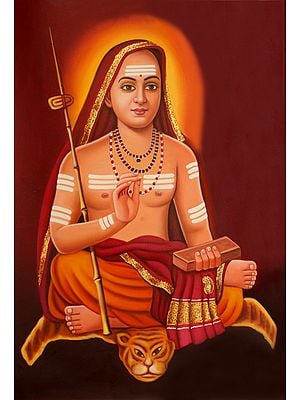 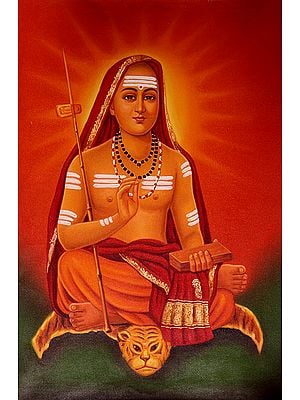 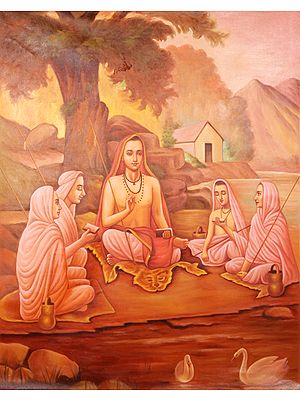 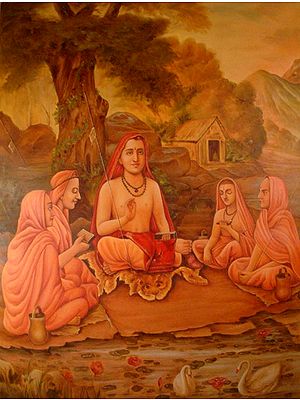