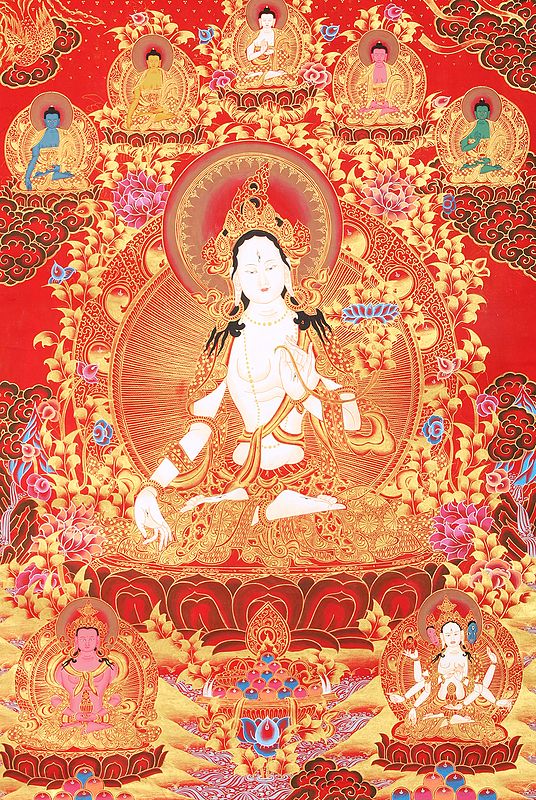 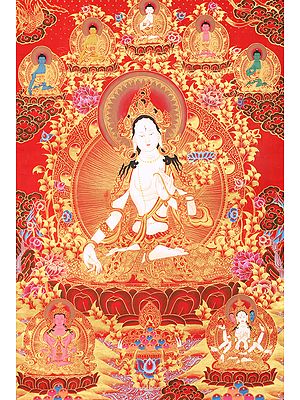 $355.00
“Here, no man, no woman,/No I, no individual, no categories./“Man” or “Woman” are only denominations/created by confusions of perverse minds/in this world.” This is what the princess of an ancient land, named the land of numerous colours, had to say to the monks and scholars of her day. She was a Bodhisattva and had been prevailed upon to pray to the Buddha for a male rebirth. She vowed to be nothing but woman - maternal - no matter the birth in question; thus emerged the Devi Tara (White Tara).

In Her form as White Tara, the Tibetan Buddhist Devi has risen from the heart of Lord Avalokiteshvara. It is with Him that She resides in Mount Potala. In this gorgeously coloured thangka, She is seated on a fiery red lotus, Her robes of gold and scarlet almost blending in with Her large sun-like aureole. In Her mandala are the five dhyani Buddhas and, of course, Lord Avalokiteshvara and Lord Maitreya.

The Devi Herself has the supple body of a pristine lotus. Her feet are gathered in the perfect padmasana, and Her long maternal torso is revealed to the gaze of the devotee but for the sashes that float about Her. In Her left hand She delicately holds a long golden vine with a blue lotus blooming at the tip. Note how the solid gold kundalas on Her earlobes lie against the jet black of Her fine tresses, making for a beauteous contrast of colour and texture. 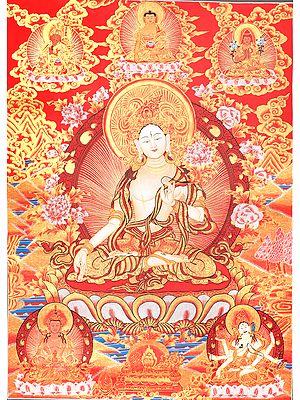 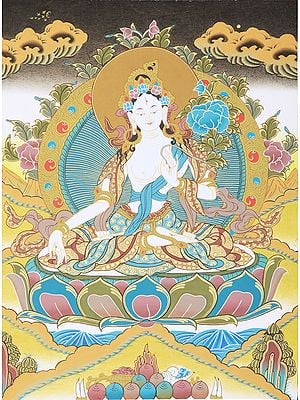 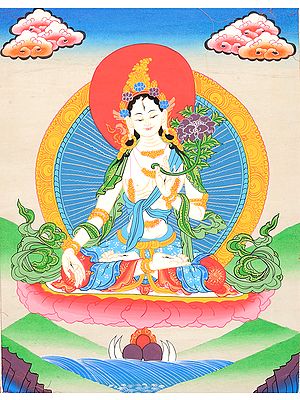 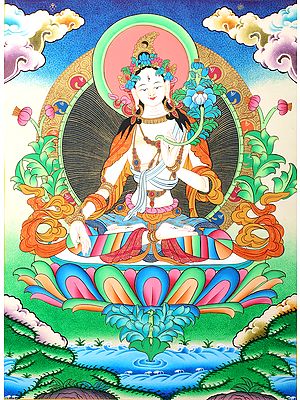 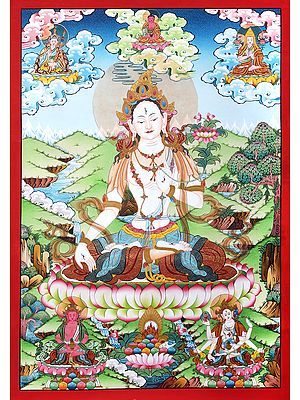 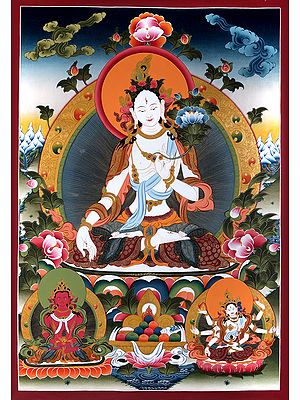 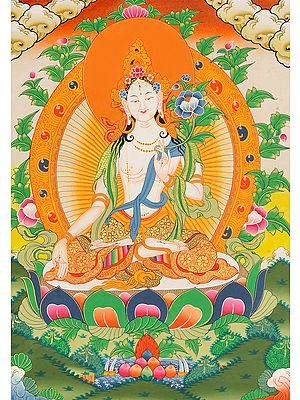 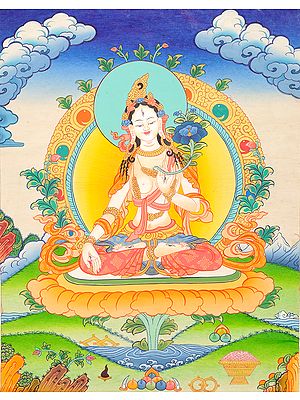 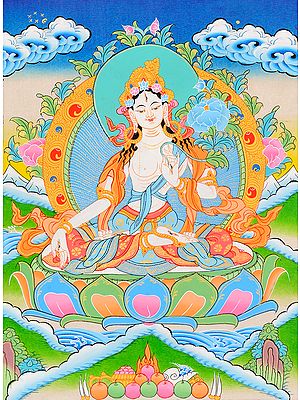 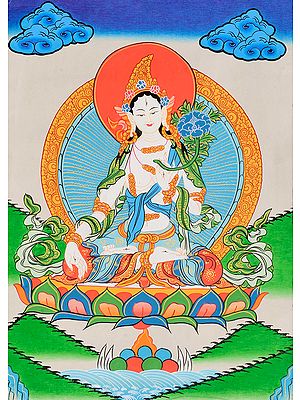 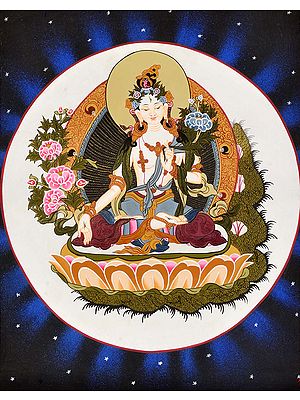