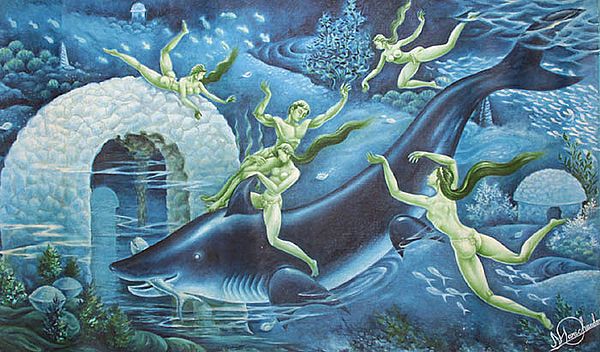 The Great Fish and the Deluge

Fair trade
This astonishing painting, oil on canvas, by the contemporary Orissa artist N. Harichandan, rendered using just blue blended with black and white, portrays under tempestuous surging waters a huge fish, five human figures, four female and one male, numerous tiny fishes plying in groups as out of fear, building structures : a massive palatial portal, a moderate home, a distant shrine, a couple of towers …, food-baskets, shells, plants and trees, rocks and mounds, and most strangely, a tall phallus form under the massive portal symbolising perhaps fertility. The painting seems to portray broadly that the overwhelming waters have devoured palaces, portals, mansions, huts, shrines, shells – the instruments of rites and declaring wars, and hence symbolising both, wars and worships, all stocks – food or any, all technical achievements that the towers symbolise, entire vegetation, every terrain and entire geography, life in any form, and most importantly the growth, fertility and creation that the phallus symbolises, thus portraying that waters devoured everything sparing nothing to sustain, neither a form nor an act or a process.

All above seems to symbolically portray an imagined version of the Great Deluge that occurred millions of years ago devouring the earth and everything on it, living or dead, to which the world’s almost all early mythologies : Hindu, Christian, Islamic, and those of Greece, Rome and Iraq, allude. As the Hindu tradition has it, once at the river bank, Vaivaswata Manu, the patron of an age and man’s progenitor on the earth, was offering water to the Sun god with a pot in his hand. Suddenly he noticed that the water he collected in his pot from the river contained a tiny fish. When he was putting it back into the river’s waters, the fish entreated him not to do so for the larger fish would devour it. It further entreated him to take it home which Manu did. For its proper growth he put it in a larger pot. In a day its body-size doubled. The other day it was four times. The fourth day it was so large that no domestic pot or tank could contain it. He took it to river but the river’s size too fell short.

As advised by the fish Manu carried it to the sea. Before Manu put it into the waters of the sea the great fish revealed that shortly afterwards a Great Deluge would occur and devour the entire creation, and that, Manu should make a large boat, ride it along his wife and some essential things and it would take him to safety. After a few days there were huge rains, and with waters flowing in, the sea-waters began swelling. Manu mounted the boat and the great fish, appearing from inside the waters, tugged it a high hill-peak. In Biblical and Qur’anic tales Manu has been alternated with Noah, and instead of the great fish God Himself commands him to do all above, though he is asked to carry in his boat his family and one male and one female of all species of animals for facilitating creation. In some versions of the myth, a great fish tugs the Noah’s ark, too, to a hill-top. Apart such variations, some other minor details, such as in regard to the place where the boat was taken to, also vary under different traditions.

The painting is a collage of various myths, iconographic traditions and imagery. It essentially represents the Great Deluge, but with subtle departure from all established traditions. The fish seems to have here the most vital role as it has in Indian tradition where for such great role it has been revered as one of Vishnu’s incarnations. However, instead of tugging the boat carrying Manu etc it has been represented as carrying on its back a woman holding the male on her shoulder. Apart, instead of a rosary-holding Manu and his usual two consorts the painting portrays strictly Europeanized males and his female counterparts who are four. The painting also does not include the Noah’s Ark, the central theme of Biblical and Qur’anic myths. Not merely two sets of traditions and iconographies, the eastern and western, the artist seems to have blended two themes also. The Great Deluge seems to be the painting’s thematic base, though in the portrayal of its figures’ forms, body-gestures, anxiety, awe and over-all mental disposition the painting is amazingly close to the 17th century master painter Michael Angelo’s ‘Creation of Adam’. 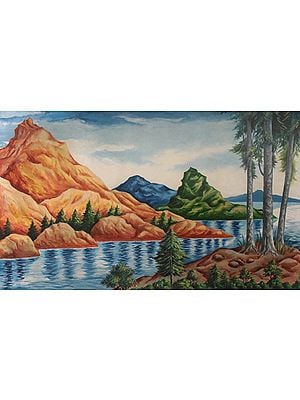 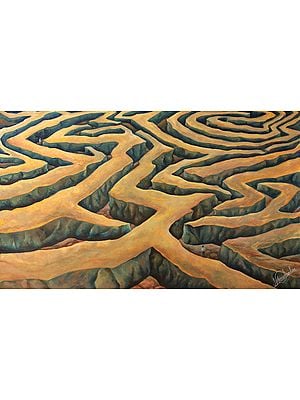 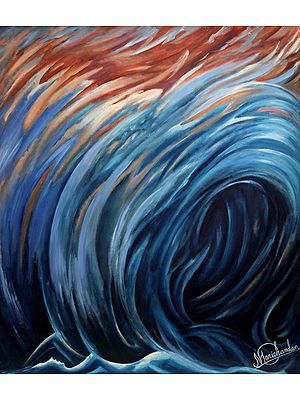 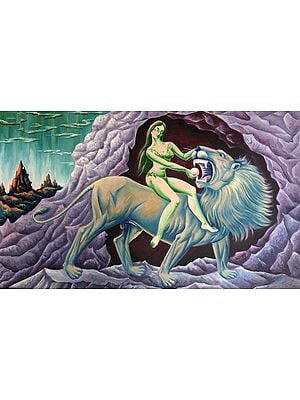 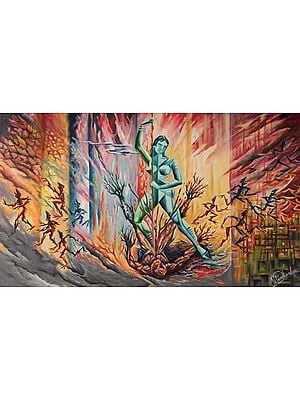 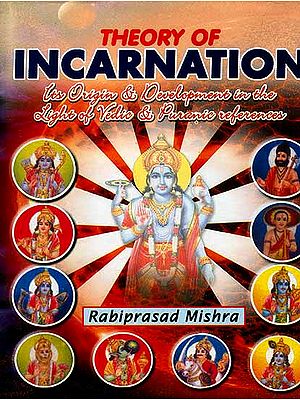