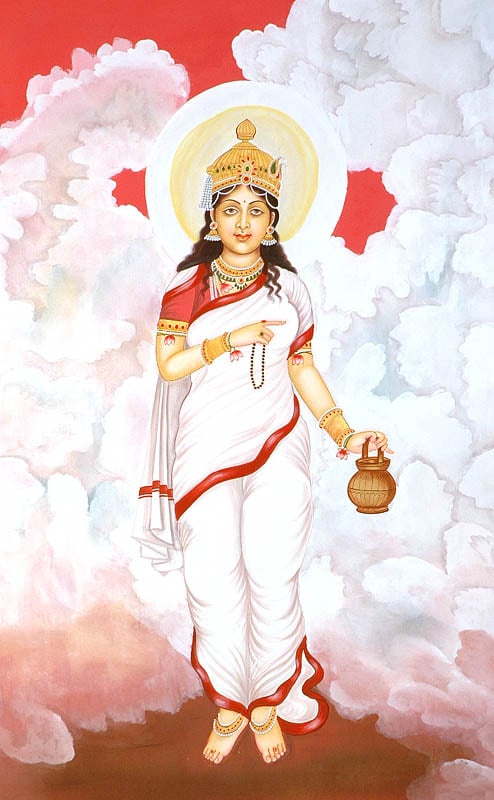 FREE Delivery
$138.75  $185   (25% off)
This item can be backordered
Time required to recreate this artwork
8 to 10 weeks
Advance to be paid now
$37 (20%)
Balance to be paid once product is ready
$148
Notify me when this item is available
Brahmacharini is the second phase of nine Durgas. Here Brahma means penance. So, Brahmacharini is one who practices penance. It is said  Veda, Tattva and Tapa are synonyms for Brahma. The form of Brahmacharini is tremendously effulgent and extremely majestic. She holds a rosary in her right hand and Kamandalu in her left.

In her previous birth when she was incarnated as the daughter of Himalaya, then influenced by the instructions of Narada, she practiced terrible penances in order to obtain Lord Siva a her divine consort. Due to her unearthly penances she was termed as Brahmacharini. She spent one thousand years, only on fruits and beet-roots. One hundred years she spent only by eating leafy vegetables. For a sufficient perfiod of time observing complete fast she suffered tormentings of nature like torrential rains and scorching sun and biting cold, under the open sky. After such a difficult routine she lived only on dry Bilva leaves fallen on the ground for three thousand years. She kept her engrossed for twenty-four hours in worshipping Lord Siva. After that she gave up eating even these dry leaves. For several thousand years she went on without any food and water. Because she gave up eating dry Bilva leaves so she was known to be Aparna as one of her epithets.

After the rigorous penance for several thousand years her body became extremely lean and thin. She was reduced to skeleton only. Watching her pitiable condition her mother Mena was very much pained. In order to divert her attention from the rigorous penance she exclaimed-'U' 'Ma' meaning 'O' No, no, not'. Since then Goddess Brahmacharini was named Uma. This happened in her previous incarnation itself.

Her penance, sharpened as it was, caused great disturbance in all the three worlds. The whole universe was shaken. The gods, the Rsis, the Siddhas, the Munis all eulosized her penance as an unprecedented virtuous action. Ultimately Pitamaha Brahma through an oracle addressed her and said to her in a very pleasant manner-O Goddess, so far nobody has ever practiced such an austere penance. Only you could have done it. This wonderful deed is being praised in all the four quarters. Your desire would be fulfilled. You will decidedly get Lord Siva as your divine consort. Now stop penancing and go home. Your father would be shortly coming to take you back.

This second aspect of Brahmacharini Durga is capable of providing unending benefit. By worshipping her the person inculcates penancing, renouncing, dispassion, ethical conduct and restraint in himself. Even in the most critical periods of struggle the mind remains unshaken and he does not deviate from the path of duty. By the grace of mother Brahmacharini he gets success and victory always and everywhere. On the second day of Durgapuja it is the Brahmacharini aspect of mother Goddess Durga that is worshipped. This way the mind of the striver moving upward is established in Swadhisthana Cakra. The Yogi, who makes his mind stay in this Cakra gets the devotion and blessings of the Goddess. 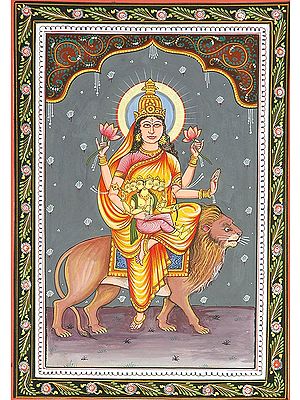 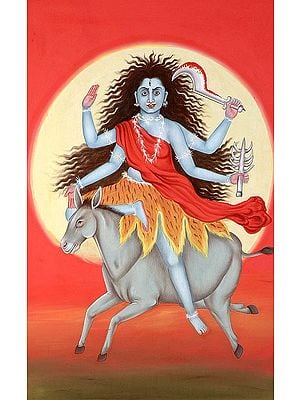 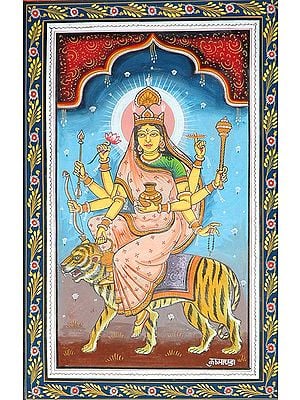 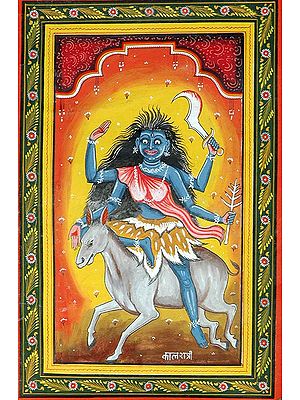 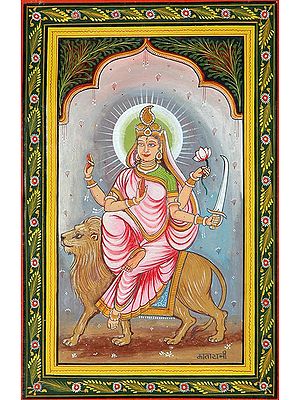 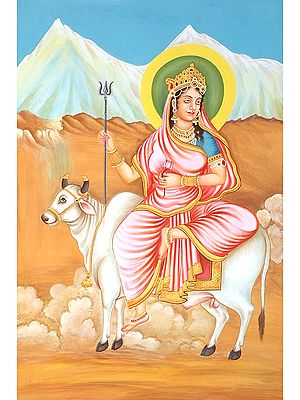 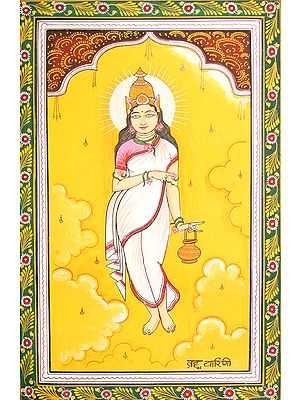 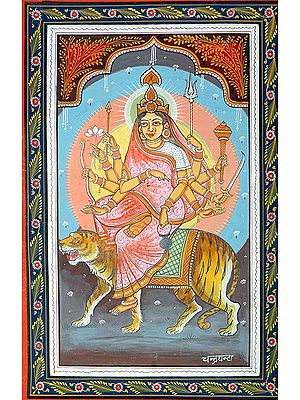 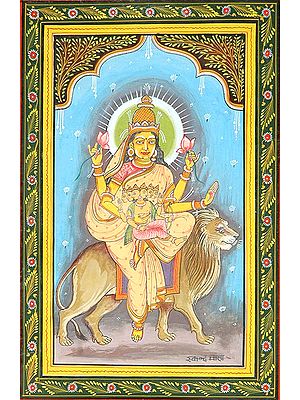 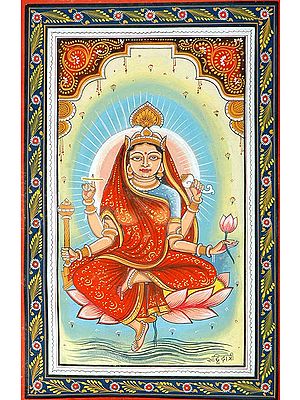 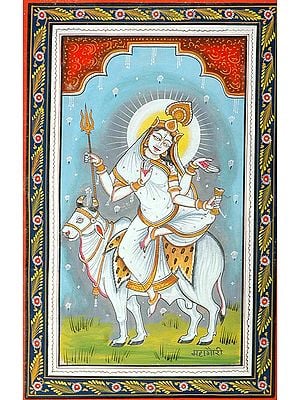 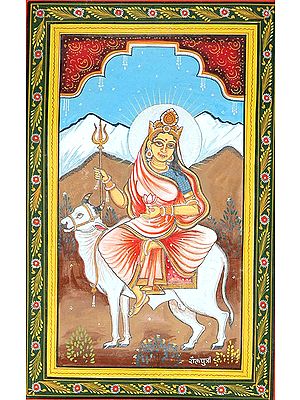 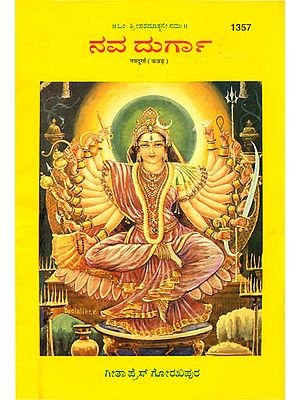 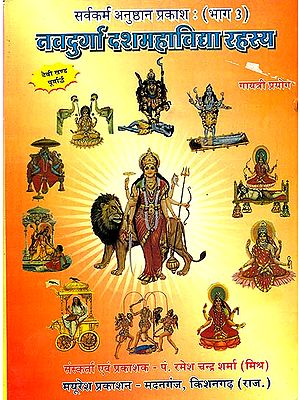