Pair of Peacock Made of Fishes On Tree Of Life 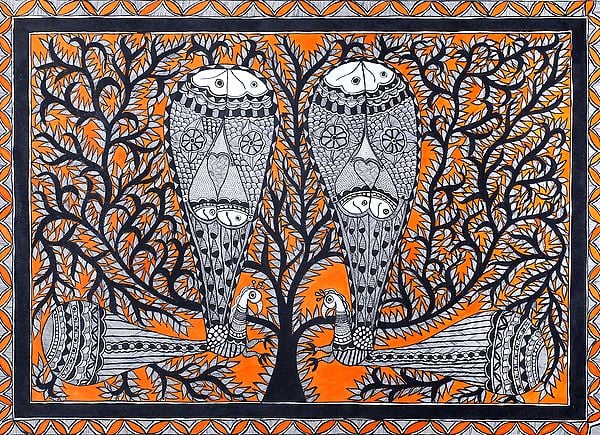 $185.00
The peacock, also known as the peafowl, is the national bird of India. It is one of the most common birds all over the country but their large populations are not just the reason it is known across the subcontinent. It embodies grace and elegance. Plus, it also holds significance when discussed in the light of historical tradition as it is believed to have come from the mystical Garuda, the vehicle of Lord Vishnu. Peacocks are also known to represent protection, as it was also believed that Lord Indra hid behind peacock feathers in the war against Ravana.

The peacock’s most renowned feature is its big feathers, created by nature to captivate anyone who is looking. Once they spread their feathers to court, they begin their age-old dance of the celebration of life. Such symbolism is fitting with the painting’s composition of having a pair of peacocks flank the Tree of Life, another iconic symbol of creation and life itself. To complete the painting, pairs of fish can be seen adorning the wings and feathers of the peacocks nearest the tree trunk. This is another creative detail added by the artists to showcase the fish as a symbol of the first creature from the sacred rivers. A detail of the lotus (seen near the fish) represents the divine and immortality. The peacocks are painted white against the orange backdrop which provided an ideal balance to the detail-packed finish of the painting. 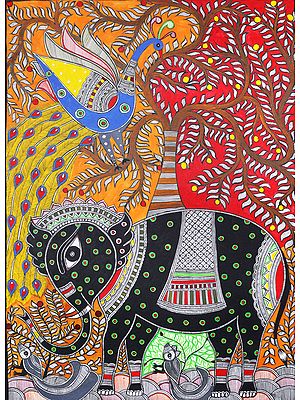 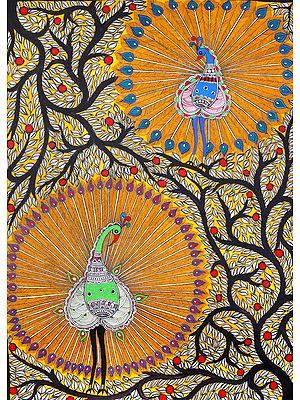 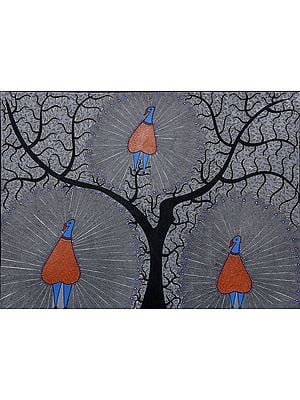 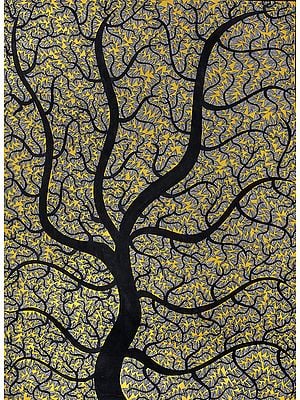 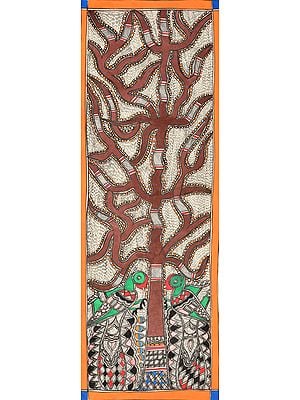 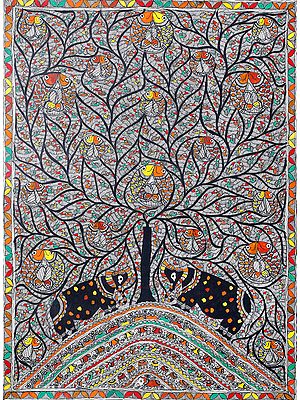 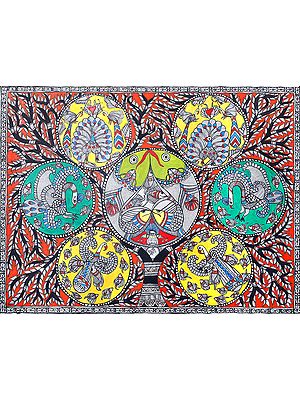 Auspicious Madhubani of Tree of Life with Peacocks and Fishes
29 inch x 22 inch
$155.00 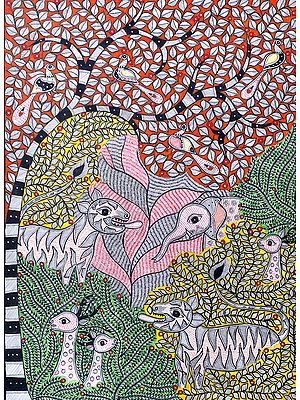 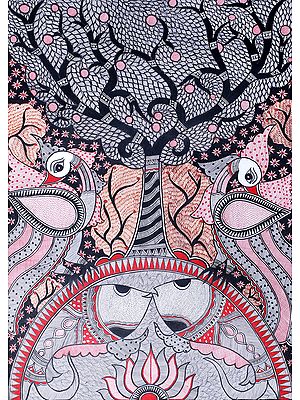 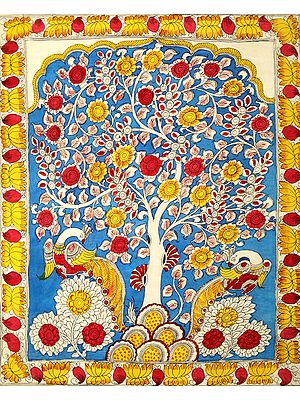 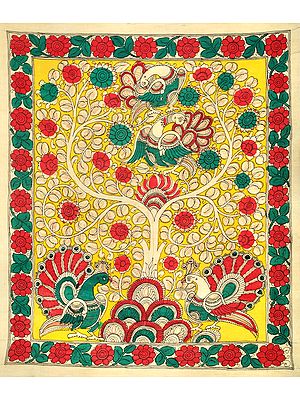 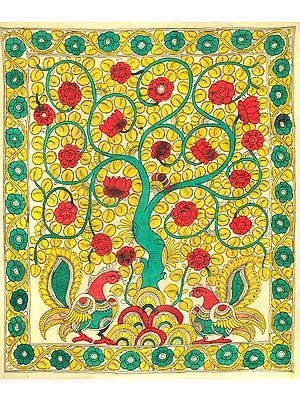 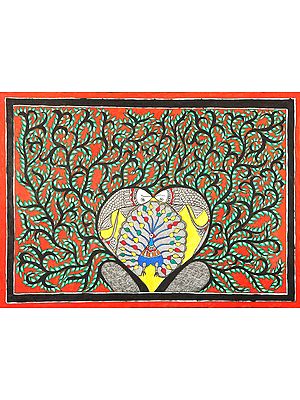 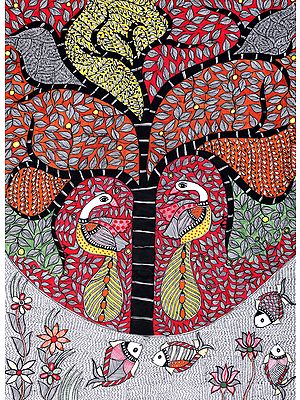