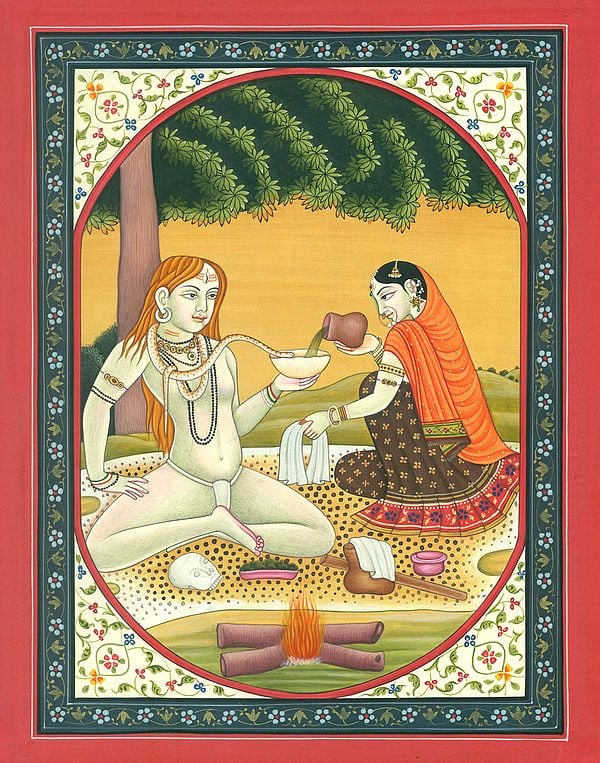 Fair trade
Parvati (also known as Uma) was the daughter of Himalaya, the great Lord of the Mountains. An eighteenth century Bengali poet addresses him thus:Here Parvati is shown lovingly offering bhang, the favorite herbal intoxicant of ascetics to Shiva. They are both seated on a leopard skin. The ashen Shiva wears a loincloth, armbands, and Rudraksha bead malas as also precious necklaces. A snake coils around his neck forming another necklace and also at the same time partaking of the bhang being offered to Shiva.

A skull and burning logs in the foreground create the ambience of a cremation ground. The kamandal and staff point to the essentially ascetic nature of Shiva.

Parvati is shown bejewelled and well-groomed, a perfect contrast to the naked ascetic with his unruly hair sliding down his shoulders like serpentine coils. This apparent opposition in their respective natures is the cause of the concern, expressed by the poet above.

The tree in the background displays a fine foliage and the amber background creates a somber and languid afternoon mood. The whole composition is framed in an oval floral frame.

Parvati the Love Goddess: Tales of Marriage and Devotion in Art and Mythology (Article) 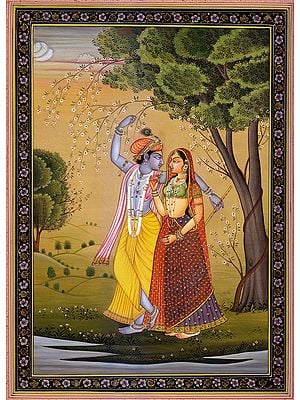 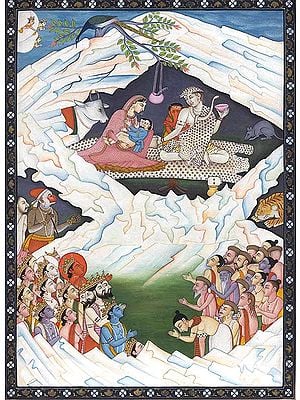