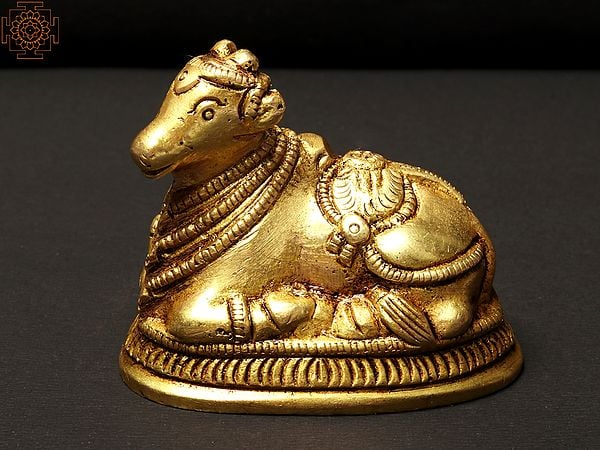 Nandi is the chief attendant and mount of Lord Shiva. He is also the doorkeeper of Kailasha, the abode of Shiva. Often depicted in the form of a bull, the association of Nandi with Shiva is traced back to the most ancient of texts. Most Shiva temples have a Nandi statue seated at the entrance facing the shrine. He is a guardian deity, the protector of the temple. The symbolisation that Nandi carries is very deep and profound. He symbolises a dying thirst to meet his lord, yet eternal patience to wait, a much-needed quality for the spiritual seekers.

That is why Nandi is a very important figure among the people who worship Shiva. His sheer elegance and innocent devotion for his lord melts the heart of his devotees. Nandi is an ideal devotee, who carries every quality required of a person on the path of devotion. Whenever Nandi is depicted in the form of a human, he is always shown with folded hands and bowed head in great devotion and obedience towards Shiva.

This beautifully crafted Nandi sculpture portrays him in his ever blessing bull form. He is reclining on a slightly raised platform while his eyes are set on the nothingness of the beyond. The craft on his body is very delicate and the colours are serene. He is adorned with bells on his neck and minimal exquisite pieces of jewellery. Overall, this is a very beautiful piece of art that conveys the highest of Gunas (qualities) a being can acquire. 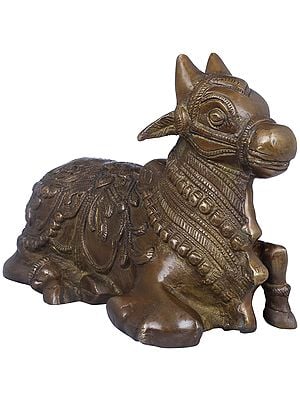 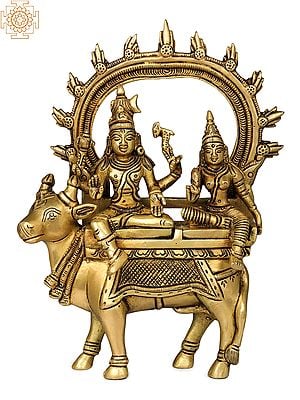 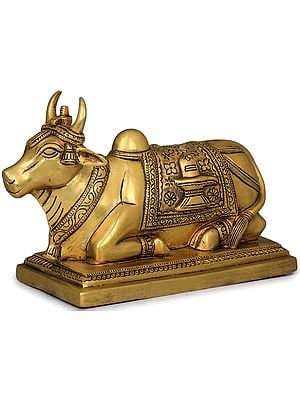 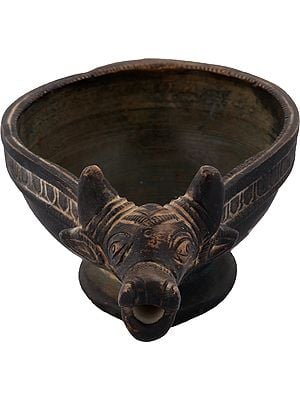 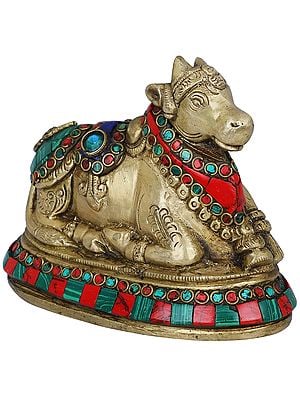 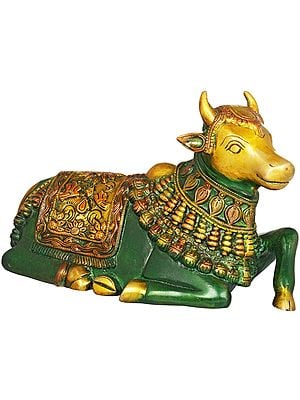 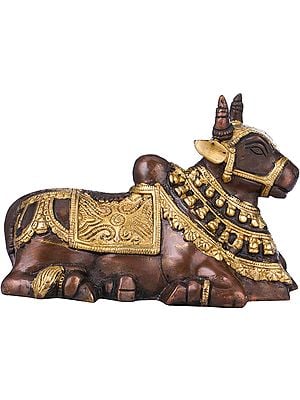 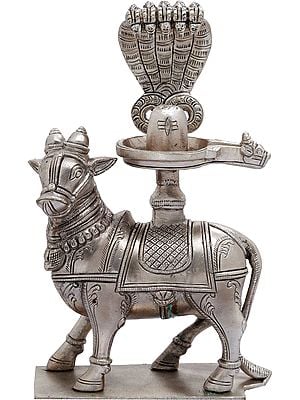 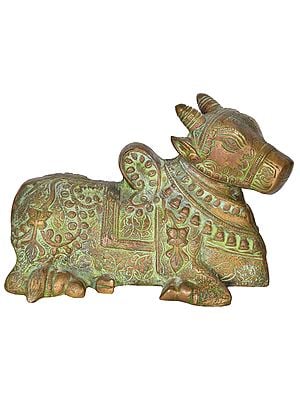 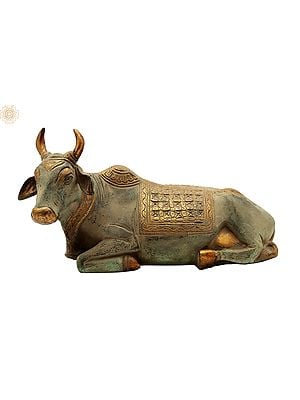 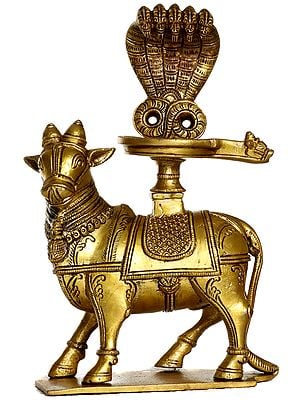 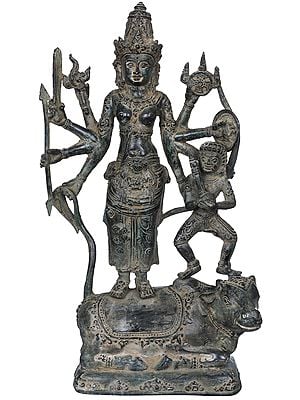 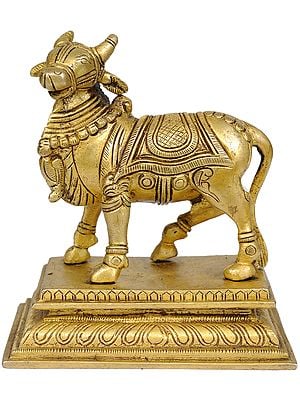