The Yogic Trance Of Lord Shiva 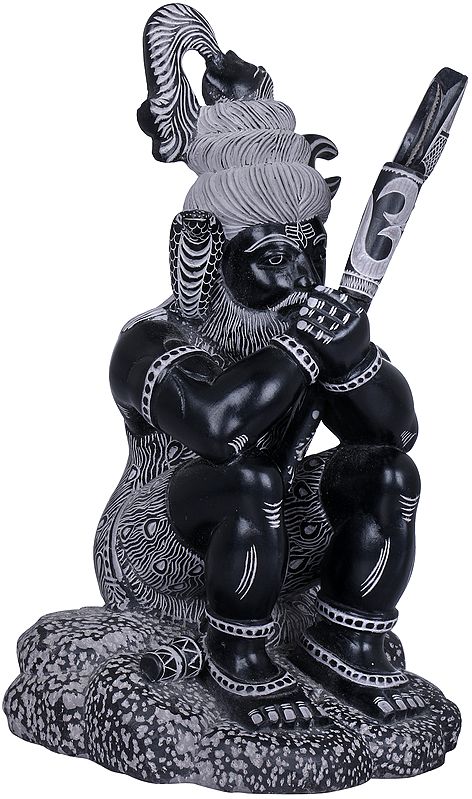 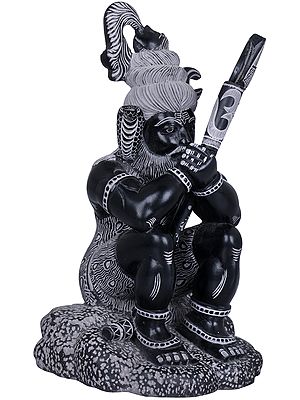 $399.00
A quiet Lord Shiva is seated on a snatch of Himalayan rock. The knees are drawn close to the torso upon which He rests the elbows. Cupped in His hands is a bong from which He gently inhales a mythical drug. The portrayal of Lord Shiva’s relationship with psychotropic substances is indicative of His deep, contemplative capacities, a statement of perceptible self-withdrawal and trance.

Sculpted from jet black-coloured marble, such a murti would be an eclectic addition to your space. The hyper-realistic curves of His yogic musculature, the lifelike gaze of His eyes which seem to regard something at a distance not quite finite. The arrangement of His ample tresses, the superbly detailed strands of the thick mass, and a fluid Ganga emerging from the zenith of the same.

Lord Shiva is clad in little more than a loin-cloth made of tiger-skin, as is the norm with the king of ascetics. Perfectly symmetrical tattoos on His limbs, which serve to break the monotony of the deep black colour of the composition. A snake that has coiled its long body around His divine throat raises its formidable hood by the side of His face. It poses no danger to either Shiva or the Shivabhakta.