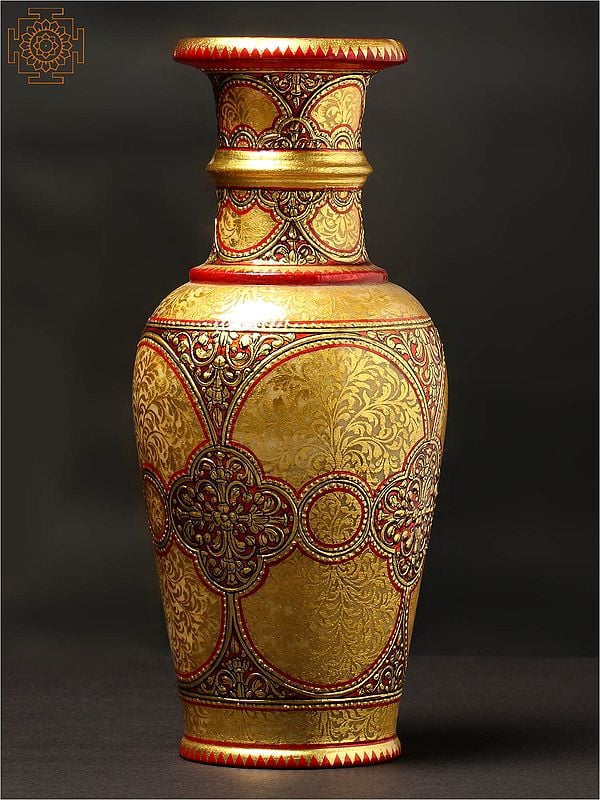 $299.00
A tall slender vase with a narrow, layered neck. A foundation colour of pale marble cream, deducible when one zooms in on the body of the vase. The same is superimposed with a dense network of gold-coloured vines, which from a distance gives the composition the gracious colour of gold. Punctuated with a relatively duller, darker shade of gold, the spaces between those tendrils filled in with an alluring red hue. A bitone colour palette that makes a statement of both class and allure.

Such a vase would be a one-of-a-kind addition to your space. Its relatively wide mouth is rimmed with red and gold triangles, which tapers down into a sturdy neck superimposed with luxuriant proportions of colour. A thick gold band sets apart the layers of the neck, which in turn widens into a broad middle. The same tapers subtly down to the bottom of the vase, which is the same diameter and features the same geometric motifs as the mouth. Such a vase would become a bouquet of flowers as it would an exceptional solitary flower. 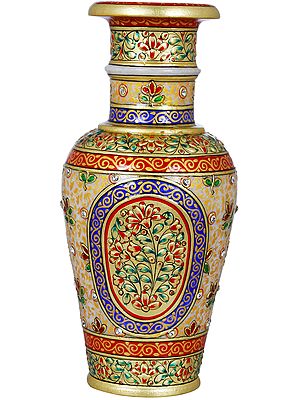 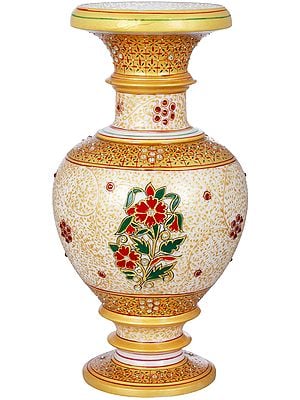 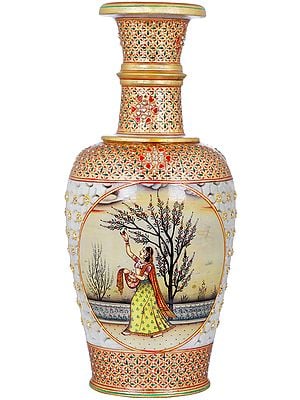 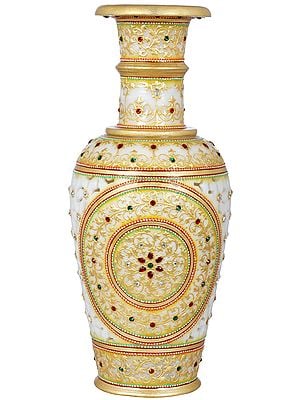 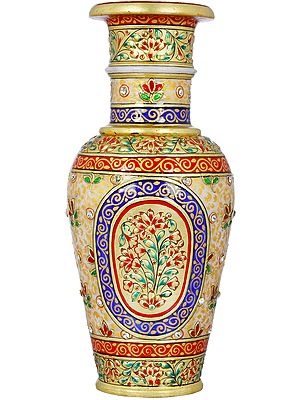 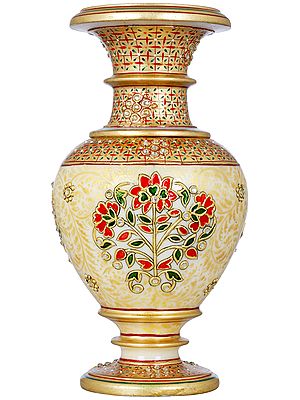 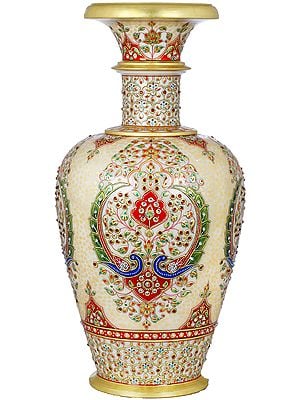 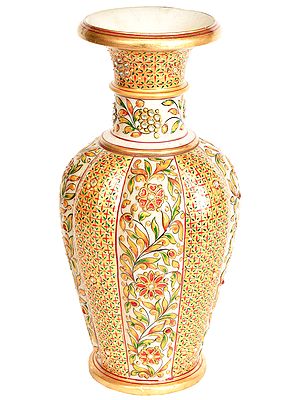 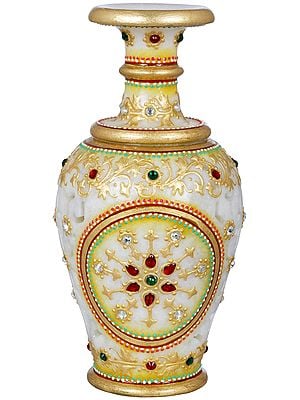 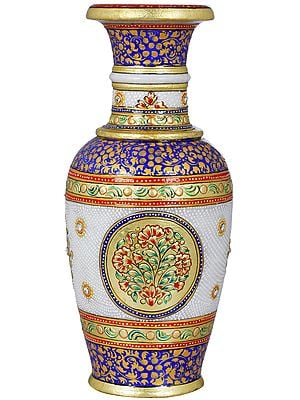 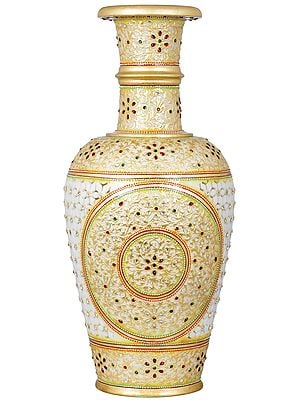 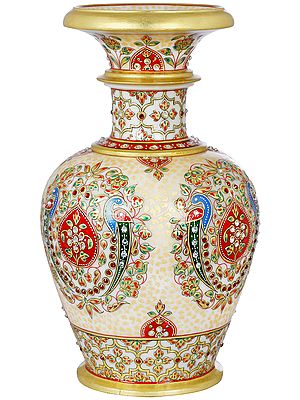 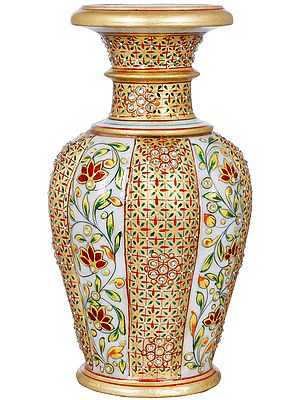 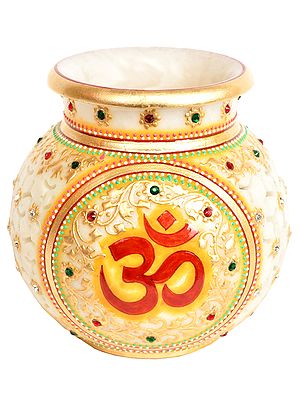