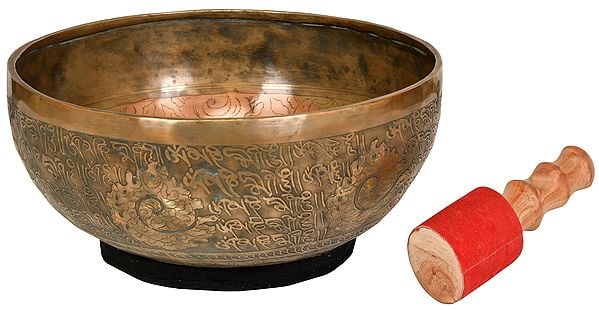 $279.00
White Tara is a Buddhist saviour-goddess with numerous forms, widely popular in Nepal, Tibet, and Mongolia. She is regarded as the feminine Bodhisattva(Buddha to be). According to popular belief, she came into existence from a tear of Avalokiteshvara, which fell to the ground and formed a lake. Out of its waters rose up a lotus, which, on opening, revealed the goddess. She manifests in endless forms: ranging from the action-hero Green Tara who saves Buddhists from worldly harm to the blessed White Tara who heals and brings longevity, then to the fierce protector Palden Lhamo, to being the great Wisdom Mother Prajnaparamita.

This White Tara engraved, superfinely handmade, singing bowl from Nepal produces a rich, deep melody that strikes your soul with ultimate relaxation and is a beautiful escape from the hectic worldly businesses, leaving a deep mark on your mind.

She is known for her compassion, long life, healing and serenity and also as The Wish-fulfilling Wheel, or Cintachakra. White Tara is also called "the Mother of all Buddhas" which is the perfect embodiment of graceful power, wisdom, and purity. Therefore, she is believed to be the first female Buddha. She is also considered as the "mother of liberation", and represents the virtues of success in work and achievements. Some researchers believe Paranasabari is another name for Hindu Goddess Tara. 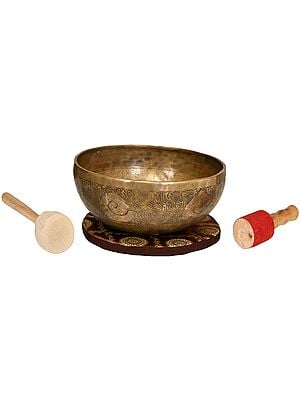