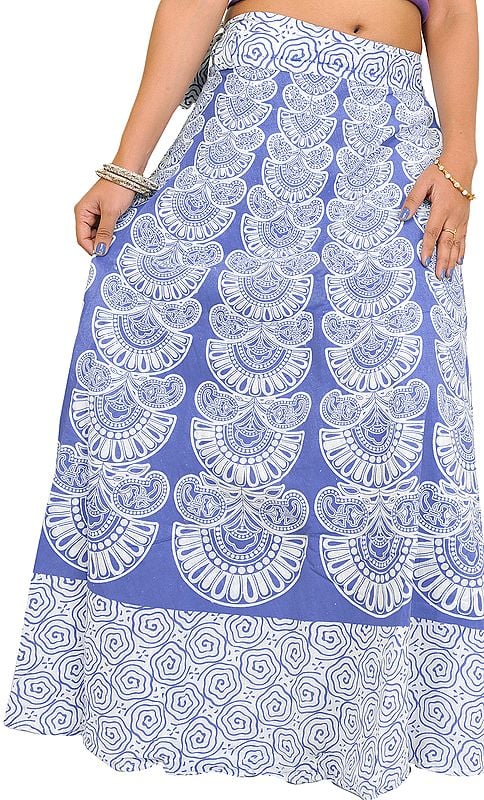 Though a simple cotton length cut to a shape gradually widening as it descends, the bottom being widest and breadth on the waist, narrowest, the character of the print – printed motifs and overall flavour, and the mode of wearing it attribute to the piece rare ethnicity and beauty. In a way it is a refined and sophisticated version of an unstitched skirting sheet that many tribes, as those of the North-east, still wrap around their waist. Different from a tailored piece this skirting wrap is loom-produced – a piece woven to size and form. In a tailored piece the relative breadths – bottom and top, are manipulated using different ways, minutely worked folds sewn under the belt being most common; in this piece such variations the loom effects.

Besides that a larger length on the bottom affords to the piece a wider circumference the wrap obtains the true visual effect of a wider periphery from the style of its prints consisting of a single design-motif repeated both ways, horizontally and vertically, sixteen times, horizontally, and eight times, vertically, that is, sixteen rows of eight motifs each covering the entire space. In any row of eight motifs the upper most is the smallest, and that on the bottom, the largest. The smallest enlarges gradually into the largest as it descends. Thus, despite that lengths on the top and the bottom are widely different, one being narrowest, and other, the broadest, the length-wise the number of the motifs is the same sixteen, and breadth-wise, the same eight.  The border on the bottom and the band comprising the belt on the top carry a different design-pattern.

Except that the hemline has been folded and sewn and a separate band has been added like a belt to hold the wrap on the waist this piece of ensemble is an unstitched length of textile. With the great breadth of its circumference, the lungi-like mode of putting it on and a belt provided along for holding it on the waist, this wrapping piece of ensemble blends into it at least three major clothing cultures, the traditional lehenga – characteristic wear of Rajasthan, the unstitched wrapping sheet of the tribes of the North-east, and the contemporary skirt imported from Europe. 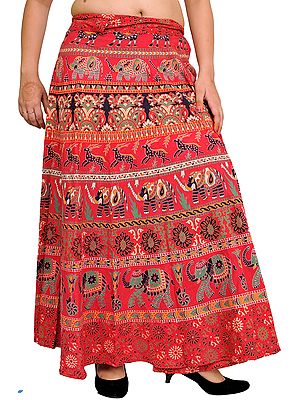 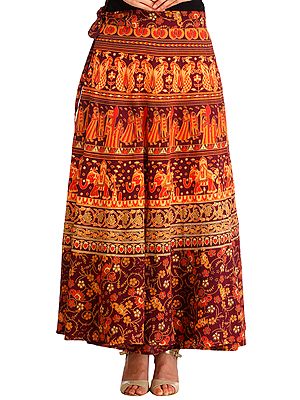 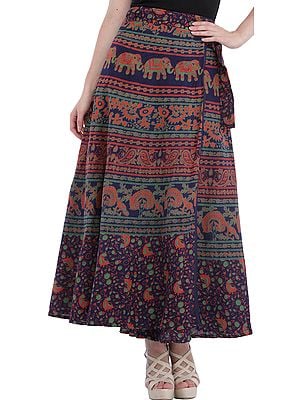 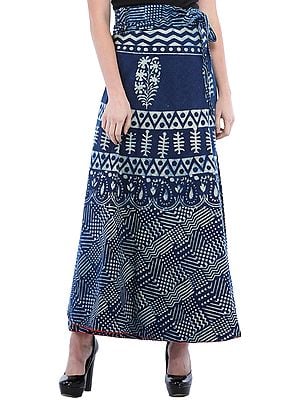 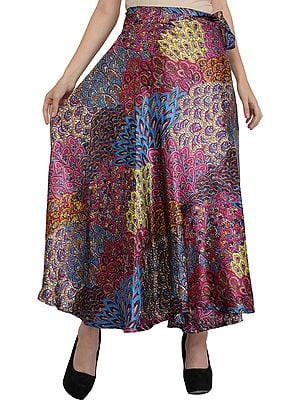 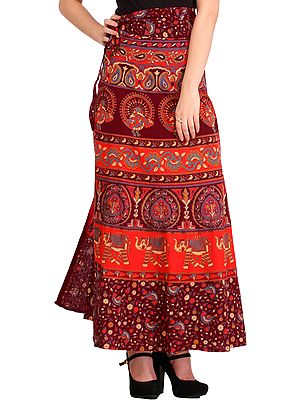 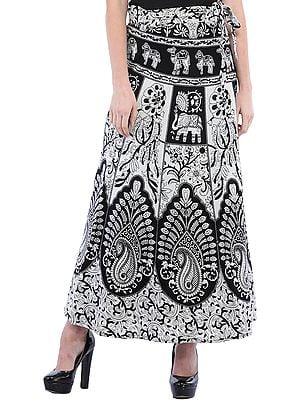 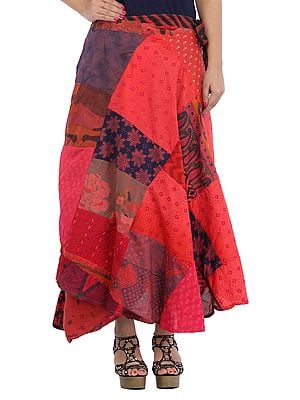 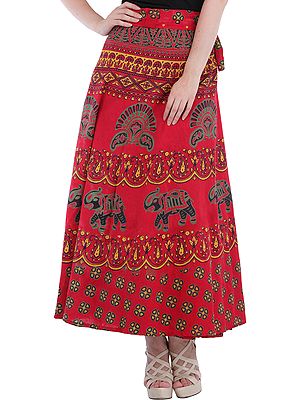 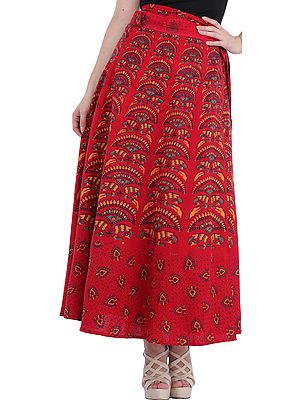 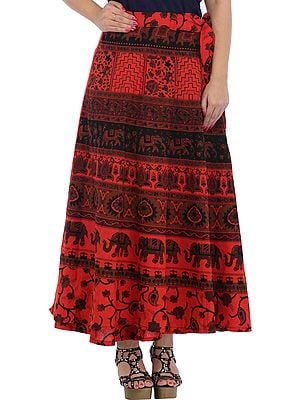 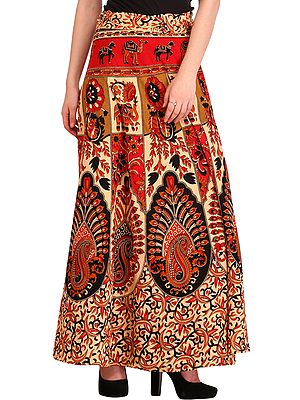 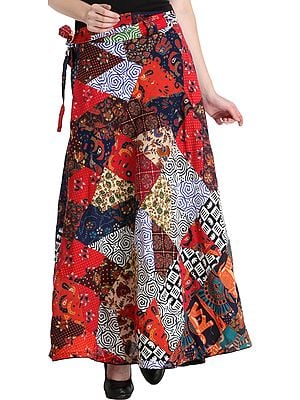 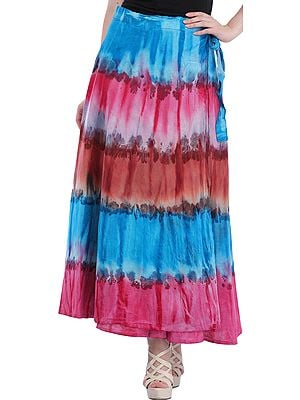