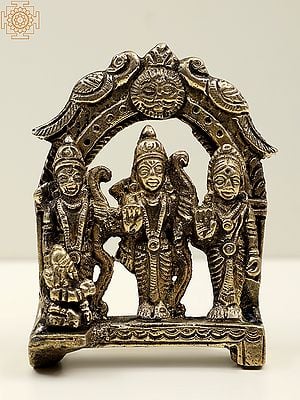 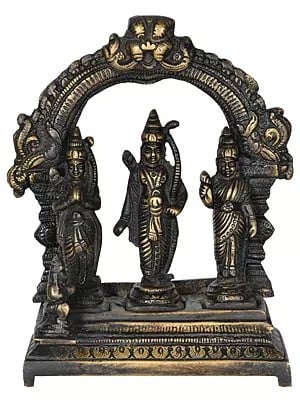 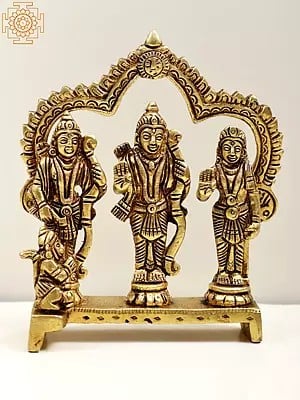 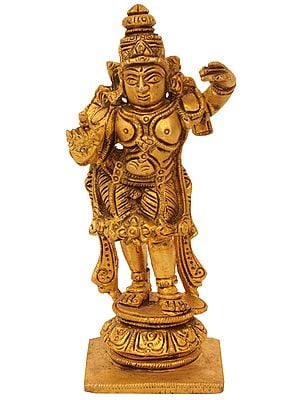 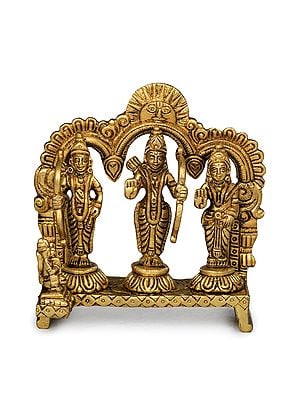 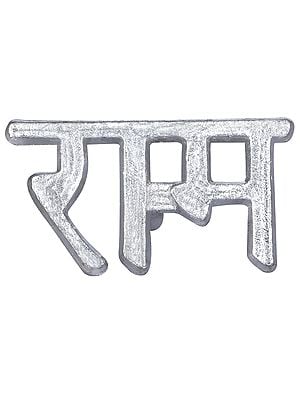 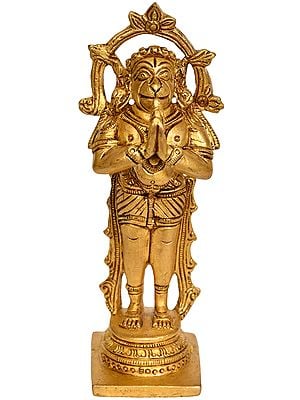 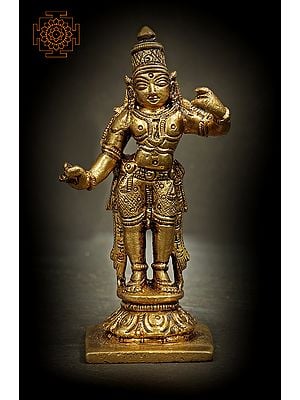 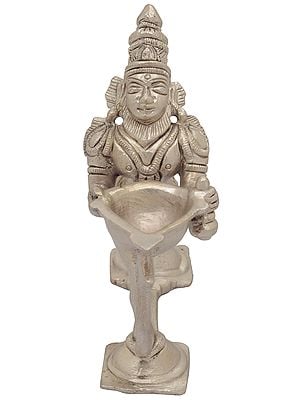 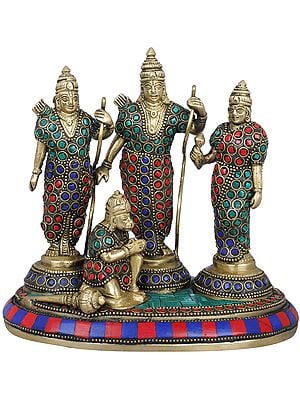 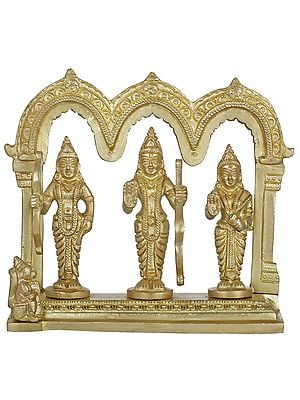 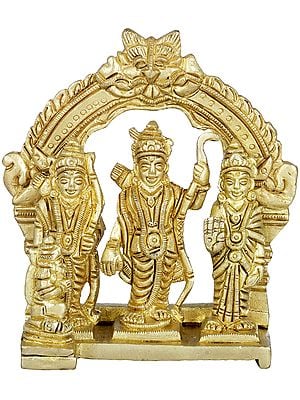 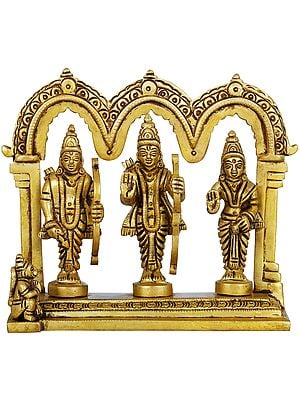 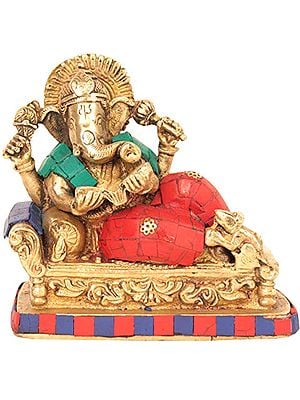 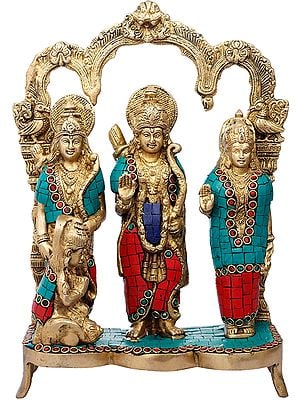 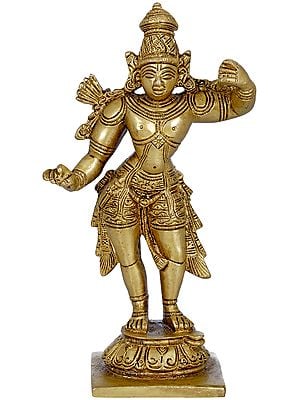 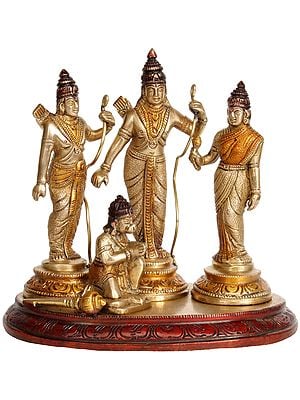 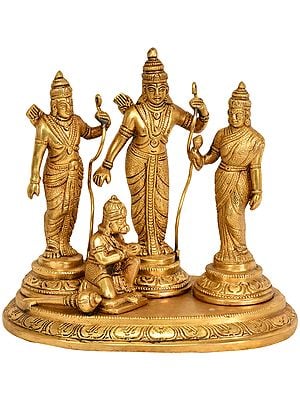 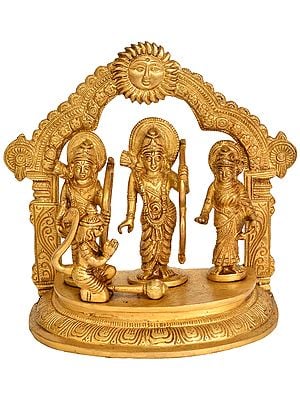 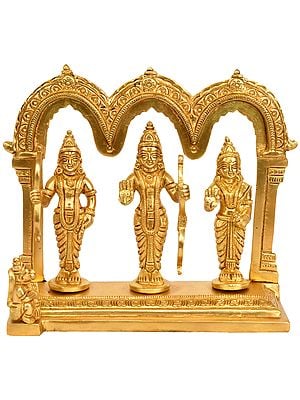 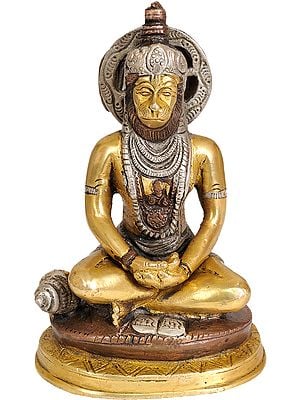 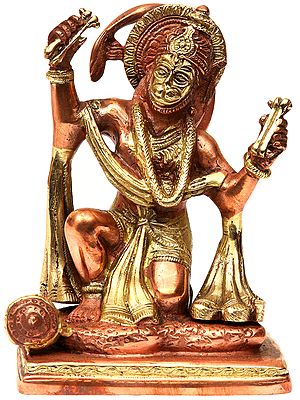 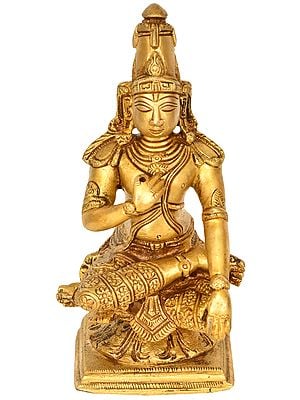 The creator and sustainer of the universe, Lord Rama, the omnipotent, omniscient and omnipresent, showers his mercy knows no bounds

Ramachandra/Lord Rama is the seventh manifestation of the Hindu Lord Vishnu. His experiences include the killing of the devil lord Ravana which is spoken about in the Vana Parva of the Mahabharata and the Ramayana, the ancient Sanskrit epic, composed at some point in the fifth century BCE. Rama, considered by numerous Hindus to be founded on a chronicled figure, is maybe the most upright legend from Hindu folklore and he, alongside his significant other Sita, are an image of virtue and conjugal commitment. Further, the experiences of Rama outline the importance and compensations of satisfying one's devout obligation or dharma. Rama represents a model of reason, smart action, and desirable ethics. Lord Rama's name is a well-known type of hello among companions ("Ram! Ram!"), and Rama is the god generally conjured at death.

The statue of Rama stands as a representation of Truth, Justice, and Hindutva in its purest sense. References to Rama as a manifestation of Vishnu show up in the early centuries CE. There was, in any case, presumably no unique worship of him before the eleventh century, and it was only after the fourteenth and fifteenth hundreds of years that particular groups seemed to worship him as the preeminent god (remarkably that of the supporters of the Brahman Ramananda). Rama's fame was expanded enormously by the retelling of the Sanskrit legends in the vernaculars, for example, Tulsidas'  Hindi version, the Ramcharitmanas ("Sacred Lake of the Acts of Rama"), and the Tamil Ramayana by Kampan as well as countless oral variations and dance dramatizations.

Q1. Who are the family members of Lord Rama?

Rama's dad is King Dasaratha, a sovereign of the solar race, and his mom is Queen Kausalya. Rama was brought into the world towards the end of the Second Age or Treta-yuga and he appeared on the scene explicitly at the offering of the divine beings to manage the fearsome multi-headed evil spirit Ravana, the ruler of Lanka (present-day Sri Lanka). The incredible Lord Vishnu addressed the divine beings' call and showed up in a conciliatory fire made by Dasaratha. The devout ruler was given a pot of nectar, and he gave half of it to Kausalya who created half-divine Rama as an outcome. Rama had three stepbrothers - Bharata, Lakshmana, and Shatrughna - all with some, though lesser, divine characteristics.

Q2. How did Lord Rama meet his significant other, Sita?

Lord Rama embarked on his first adventure when the sage Visvamitra requested help in battling an evil presence or rakshasa. Rama and Laksmana, leaving their home at Ayodhya capital of the northern realm of Koshala, followed Visvamitra to his home and there killed Taraka, a horrible female devil. In appreciation, Rama was given heavenly weapons, and he set out for additional adventures, winding up in Mithila. There Janaka the ruler of Videha hosted Lord Rama, and he met the lord's lovely little girl Sita (likewise called Janaki or Maithili). The ruler had guaranteed the princess in union with any individual who could figure out how to twist a colossal bow that had once been the weapon of the incredible god Shiva. Rama, with his heavenly strength, accomplished it and ended up breaking the bow from the middle, and thus won the hand of Sita, his first and most loved spouse.

Q3. Why is Lord Rama the ideal man?

In the story, "The Ramayana of Valmiki" Rama is introduced as the best man. He is viewed as the best spouse, child, and future ruler and exemplifies all of the characteristics that go along with being these things. He is faithful, solid, sacrificial, and attractive.

Q4. Why did Lord Rama embark on an exile?

Rama's progression to the privileged position of Ayodhya was littered with obstacles by his mom's hunchback slave Manthara. Envious of Rama, she manipulated the perception of Kaikeyi, Dasaratha's second wife, and persuaded her to convince her significant other to rather make Bharata heir. On top of this slight Rama was banished from the realm for quite some time. Joined by Sita and his always reliable brother Laksmana, Rama went to live in the far south in Citrakuta, somewhere down in the Dandaka backwoods.