Dr. M.L.Raina in his keynote paper "Dead Ducks Reborn: Emerging Trends in Recent Literature" points out that it is very difficult to differentiate between what has recently emerged displacing the old: because "in every social formation new forces emerge over long periods of time while old-forces remain intact even after the new forces have become dominant." Dr. Raina claims that though it is being agreed that the current tendency in the West is towards non-realistic and anti-realistic literature and realism is being considered inauthentic now, "since the advent of post-modernism as a literary and philosophical world-view has relegated realist assumptions into the backgound" but the fact of the matter is contrary. No doubt, through the use of various postmodernist techniques, the writers are trying to portray the picture of depthlessness and pastiche and there is growing a tendency in recent literature of assembling multi-media forms to create a composite whole, but Dr. Raina proclaims that realism is not a dead duck. Rather it is a humanist practice which can not be displaced by "vacuous experimentation and dismantling zeal of post-modernist critical theory and practice." He highlights the return of realism especially in postcolonial fiction which is more grounded in the history of the soil and is "drawing inspiration from within its own rich cultural lore as w~1I as from what can be called the globalised literature of post-modernism" and is constructed in the old epical tradition which negates the very foundation of postmodernist narrative theory. Dr. Raina hails the return of realism which he thinks has "returned literature to where it really belongs at the cross-roads of history and human agency."

In his valedictory paper "Some Thoughts on the Spectrum of Contemporary Indian English Writing" Dr. Bhim Singh Dahiya, by dwelling on the recent trends in Indian English fiction, traces three major trends: fashionable, familiar and feminist. He believes that the predominant academic preoccupation remains with the fashionable category because of the attractions and compulsions of economic globalisation. In critical theorisation and interpretation too, the major trend is the extension of western theory of Deconstruction. Though postcolonial and diaspora writers are being eulogized for the representation of Indian reality in their fictions but Dr. Dahiya affirms that there is no authentic interpretation or representation of Indian reality in their works as only "imaginary homelands" or "Indias of the mind" are being created there. Dr. Dahiya finds a few non-fictional writings like Amitava Kumar's Husband of a Fanatic and Arundhati Roy's the algebra of infinite justice and vernacular fiction much more faithful, sincere and authentic in picturizing the oppressions of "fundamentalism, caste ism and patriarchy." He even considers contemporary women writers more grounded to India's reality' and her past and they are trying to create new reality through their fictional writings. The rest for Dr. Dahiya "is an interesting stuff for the academic elite "given to borrowed theories and expressions of current consumption."

Dr. M.K. Choudhury's paper "New Generation Indian English Fiction" analyses a few novels written by the new generation young authors who amalgmate diverse issues and trends pertaining to the life and problems of Indian youth in the wake of socio-political and cultural changes in the nation since the turn of the century, especially under the impact of media, cyber culture and raging globalization. Dr. Choudhury points out that some of the fiction writers like Shashi Tharoor and Vikram Chandar have also depicted the contemporary reality of Indian polity. By using various postmodoern techniques these new generation fiction writers have set new trends in fictional techniques also.

In his paper "Point of View, Transitivity and Characterization in J. M. Coetzee's Life and Times of Michael K." Dr. Anil Kumar Tiwari discusses how no discourse and language use are neutral or objective and no representation is "truly true." In journalistic discourses, news items, advertisements and fictional creations, the representations made are always ideologically tilted towards one or the other point-of-view. It is the role of the readers to "demystify," "denaturalize" and decode the bias of the representations. By using Michael Toolan's "transitivity template." Dr. Tiwari analyses the character representation of Michael K. by Coetzee, which makes an interesting and revealing reading of the character as well as of the ideological conflicts and power relations in the text.

Dr. Jaiwanti Dimri's paper "Constructing Recasting the Female Archetypes in Fiction: A Critique of Pratibha Ray's Yajnaseni : the story of Draupadi" highlights one of the emerging trends in the postcolonial discourse of re-creating a representative body of literature through the translation of non-English quality texts into English to foreground the literary and social discourse in the third world countries. Through the critique of the translated text of Pratibha Ray's Yajnaseni originally written in Oriya), where Ray has reconstructed, the epic Mahabharata from the feminist perspective, Dimri shows how the text "offers subversive,' contrastive images of the epic women contesting in the process their portrayal/representation in Mahabharata" which have become archetypes for Indian womanhood, The paper also explores how Pratibha Ray has critiqued and interrogated the hegemonic constructs of chastity, virgnity, purity, marriage and womanhood from a feminist perspective. Dr. Sukhdev Singh's paper "Globalization, English and Language Ecology in India" examines the socio-liguistic situation in the pre and post independence India and the role and status distribution between English and Indian languages. Since English has prevailed as international language in all the spheres in the global market, native languages now are facing the threat of less popularity and elmination even. Dr. Sukhdev considers this hegemonizing trend detrimental to Indian languages as well. Hence he proposes a thorough review of language policy in India and its strict implementation which though is tri-lingual yet the preference for the learning and use of English language in all matters is undeniable. He also avers for "immediate necessity of reversing the paradigm of English for the pragmatic and international role and Indian languages for inter state and culture promoting role."

Dr. Tejinder Kaur's paper "Portrayal of Diaspora Issues in Indian Diasporic Writings" highlights the diversity and complexity of diaspora issues, identities and experiences in the fast growing diaspora theory and discourse, illustrating these with the help of a few Indian diasporic texts. Tejinder proclaims that in spite of suffering economic, political, racial, gender, existential and emotional hazards in the adopted countries, Indian diasporas like other diasporas do not wish to return to their lands of origin or imaginary homelands. Rather in the contemporary context" "the latest hypermobile diasporas" are making faster cultural assimilation, bringing global and local cultures together and transplaning and reinventing their home cultures in new lands.

Dr. R.K. Misra's paper "Balancing Hope and Despair; A Reading of Mistry's Multicultural Stance in A Fine Balance "focuses on Rohinton Mistry's presentation of multicultural, multilingual and multireligious society of India in his second novel A Fine Balance set in the turbulent times of the 1970s when the people of different castes, communities and professions suffered atrocities at the hands of people in power during the internal emergency. By showing "their sense of understanding and a high degree of tolerance and consideration for others, their restraint, their spirit of adjustment against all odds" Mistry strikes a balance between hope and despair in the "multicultural ethos" of India. Through the metaphor of the unfinished multipatched quilt Mistry's vision of the utopian multicultural society is projected "where every constituent ethnic group or sub-culture needs to be genuinely recognised."

Dr. Nibir K Ghosh in his paper "The American Dilemma and August Wilson's The Piano Lesson" points out the emerging trends in the plays of Nobel Prize Winner African-American playwright, August Wilson who chose drama and theater as a "tool to raise consciousness and politicize the community." In his plays Afro-Americans are shown as doubly uprooted people initially by the grevious trauma of slavery which sundered their connection with their native tradition and then in the aftermath of slavery suffering the damage and loss of identity, families, homes and traditions by the oppressions of racism and atomizing effects of the industrial economy of the North. Ghosh's analysis of Wilson's Pultizer winning play The Piano Lesson reveals that for Wilson "racial trope" is "the largest, most identifiable and most important part of the African- American personality" and for Afro-Americans there is a need to be aware of their racial history and legacy, feel proud of it and preserve it. 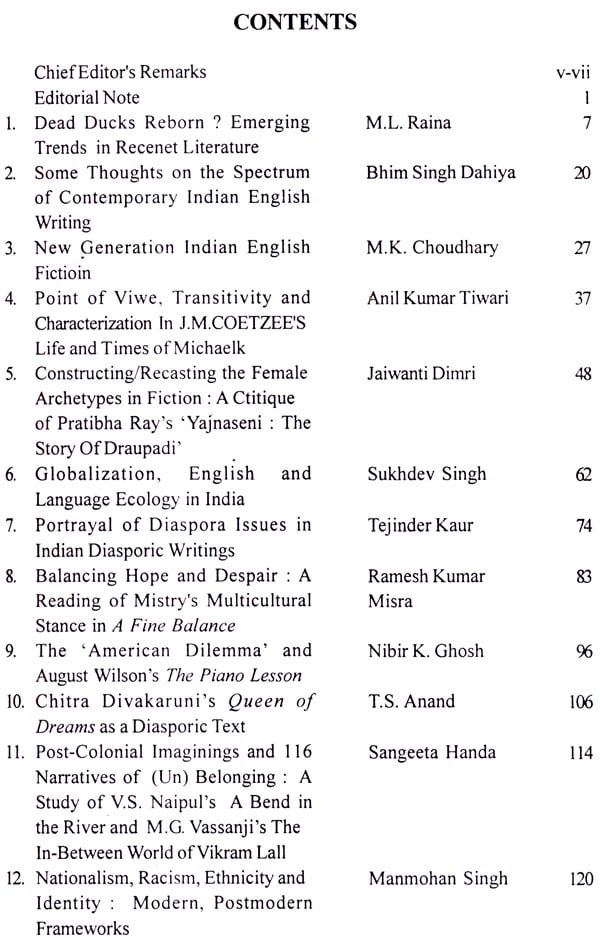 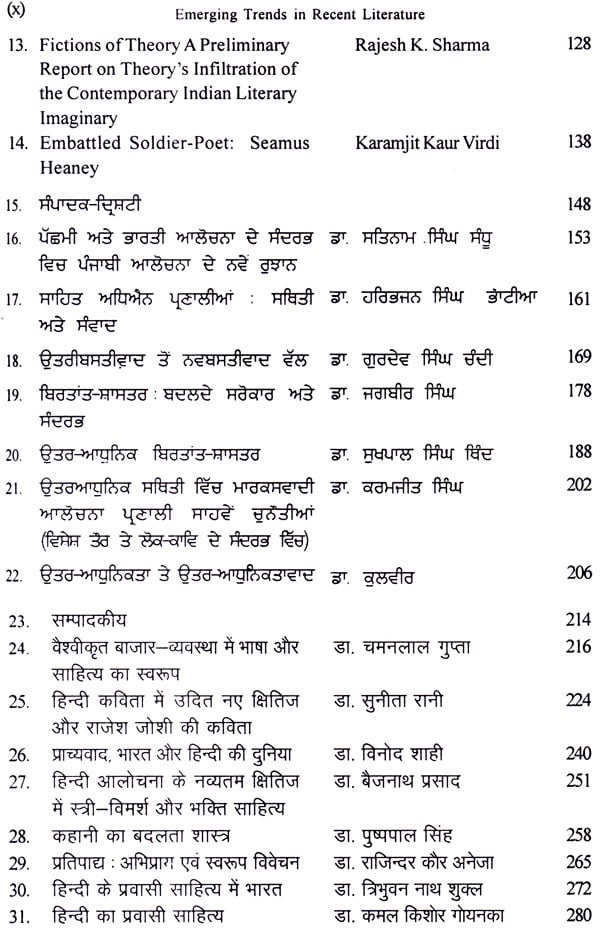