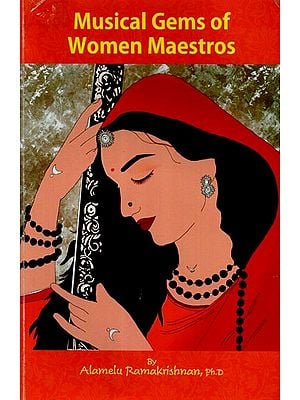 FREE Delivery
$55
Quantity
Ships in 1-3 days
Notify me when this item is available
About the Author
Alamelu Ramakrishnan has had an illustrious educational career, with a first rank in the post-graduate degree in English language and literature from the University of Madras, followed by B. Ed, M. Ed., M. Phil., MBA (Finance) and PhD degrees at various points of time, in addition to post-graduate certificate and diploma in the teaching of English from CIEFL, Hyderabad.

She has done the two year Sangita Vidwan course from the then Central College of Carnatic Music, Chennai, completing it with a distinction in music theory and first class in music practical’s, and followed it up with a "stage performance course". She has had tutelage under various eminent vidwans, apart from pursuing music in the music college, leading to a diploma.

The present publication is a result of her research on the contribution of women composers to Carnatic music. Earlier she was awarded a senior fellowship by the Ministry of culture for working on "Aesthetics in the Music of the Trinity". She is also the recipient of the prestigious Tagore Research Fellowship awarded by the Ministry of Culture, Government of India, under which she has recently brought out a critical edition and translation into English of an ancient unpublished manuscript titled Arjuna Bharatam, working for the Thanjavur Maharajah Serfoji Saraswati Mahal Library, Thanjavur, Tamil Nadu. Along with Dr. S.A. K. Durga, she brought out translation into English of lsai Marabu, a section on music in the ancient Tamil treatise Pancha Marabu, along with supplementary notes and comments. Two other sections of the same book, namely Tala marabu and Vachia marabu have also been translated and are ready for publication.

She has presented papers in national and international conferences on different aspects of music and musicology, given lecture demonstrations on several topics such as Krishna Leela Tarangini, Advaitam in Muthuswami Dikshitar, the nava rasa in the compositions of Tyagaraja, Vallalar and his contribution to music, Meera bai, Devi as an embodiment Of Music etc., and has given concerts at various fora, thematic and otherwise.

Foreword
This volume on "Women Composers of Carnatic Music" is extremely valuable, in that it gives a lot of material about the composers, their music and how they were inspired to contribute so much to the music fraternity. It is amazing to know that so many women have spent their lives in the cause of music, with the zeal of a martinet.

A great service has been done by the author, Dr. Alamelu Ramakrishnan, in discharging the debt of the music world to these glorious composers by bringing to light their inspired compositions, hitherto either unknown or little known. This book is at once a grateful acknowledgement of their contributions and an addition to the information available in the field.

Whether it is a credit or discredit, the hallmark of writers and composers in India, in the past, has been their anonymity. For instance, very little is known about Valmiki, Vyasa, Kalidasa and a host of others.

Preface
This bouquet of articles on the women composers whose compositions I presented in a series of six lecture demonstrations, in 2015-16, is a documentation of the work done by me, after researching, learning and presenting the life and works of around 40 women composers spanning a few centuries, right from the period of the nayanmars and azwars in Tamil Nadu (in the 6th and 7th century) to contemporary composers who have kept the flag of music flying high. As a performing musician and musicologist, I found the work at once challenging, exciting and interesting.

The Ministry of Culture awarded me a performance grant to enable me to present 6 episodes on the contribution of "women composers in Carnatic music" in the year 2015-16.

The credit for choosing this topic must go to my friend, mentor and guide, the late Dr. S.A.K. Durga, a musician and musicologist of international renown. She suggested that I should work on this topic and bring to light many women composers, whose compositions are not often heard on the concert platform, since they were not born to fade unsung.

In the structuring of the program, Smt. Nandini Ramani, a renowned dancer and dance critic helped me a lot and guided me.

I started from the period of Karaikkal Ammaiyar and Andal (saints in the Saivite and Vaishnavite traditions of the 7th and 8th centuries) and tried to present the contributions of women composers in a fairly chronological order (not adhering to it very strictly), right up to the present day. I may mention here that fortunately, a number of very talented and inspired women composers are living in our midst today.

I covered the four southern states of Kerala, Karnataka, Andhra Pradesh and Tamil Nadu and introduced as many composers as I could, in these six presentations.

Introduction
Carnatic music has a very rich corpus of compositions (nibaddha sangita) since a very long time. After the music system was codified by many musicologists, the compositions of the Trinity blazed a trail, by producing beautiful compositions which have come to stay as the rock of Gibraltar. Needless to say, their compositions at once satisfy the lakshya and lakshana aspects of Carnatic music and have paved the way for the introduction of many more compositions following their footsteps.

An interesting but not widely researched area of work is the contribution of women to such compositions in carnatic music. To bring to light the unknown and not-so-well-known composers, I had taken up this project, under the aegis of the Ministry of Culture, government of India. As is well-known in the fine arts circles, Ministry of culture encourages efforts of creative and innovative nature by researchers and performers of fine arts.

Under the inspiration and guidance of renowned scholars in this area like Dr. S.A. K. Durga and Nandini Ramani, I sought performance grant from the Ministry for six lec-dems covering as many of the women composers as I could, starting from Karaikkal Ammaiyar to contemporary times. It is of interest to note that Cilappadikaram talks about Tamil music that existed in 100-200 AD. One of the main female characters is a composer/performer. Setting to work on my chosen theme, I identified and found information on women composers from the southern states of Kerala, Karnataka, Andhra Pradesh (including Telangana) and Tamil Nadu. A variety of compositions like kritis, kirtanas, tillanas and varnams and set various ragas and different talas have been presented at the lecture demonstrations. 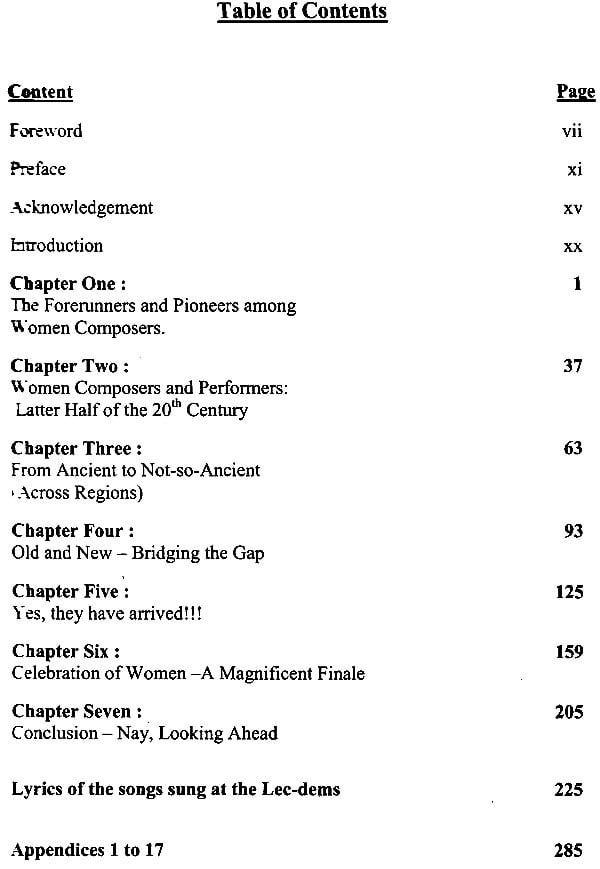 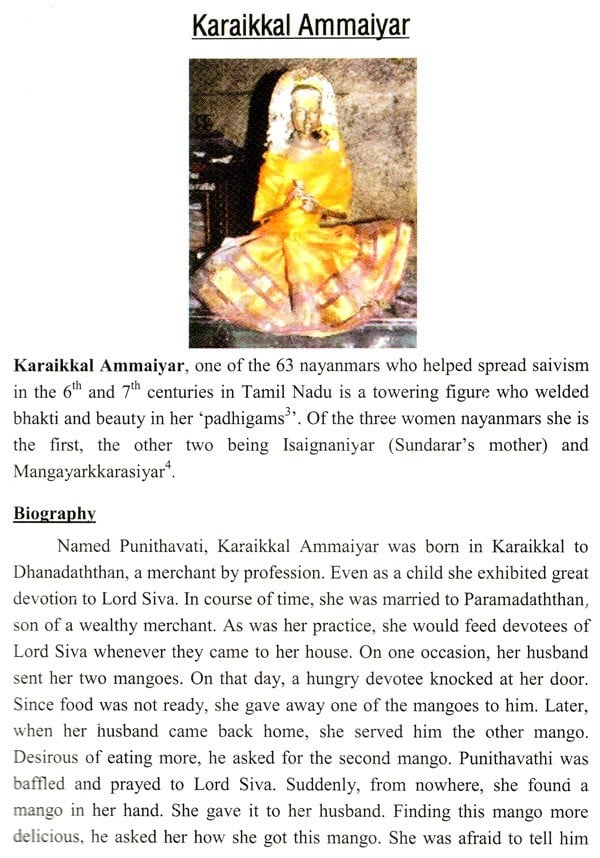 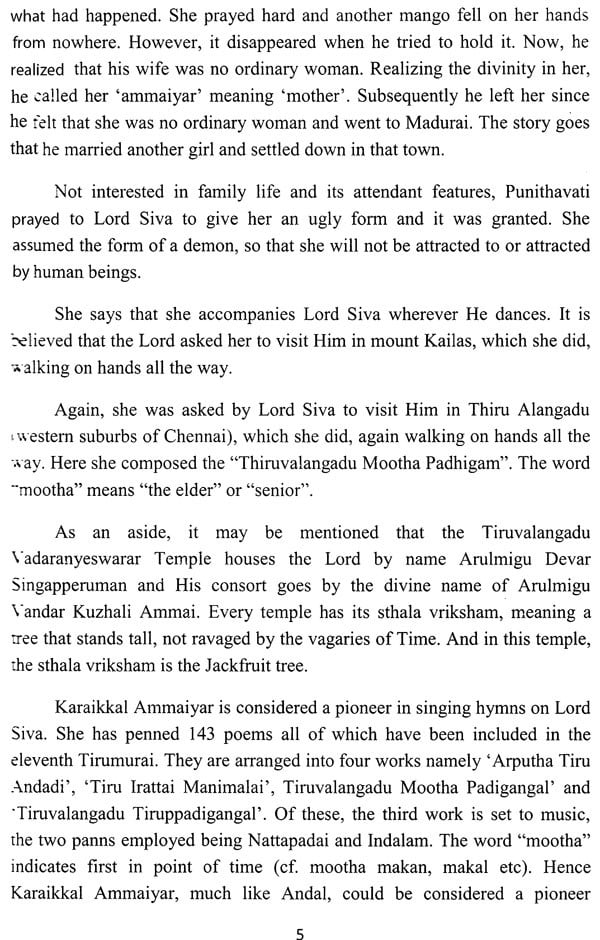 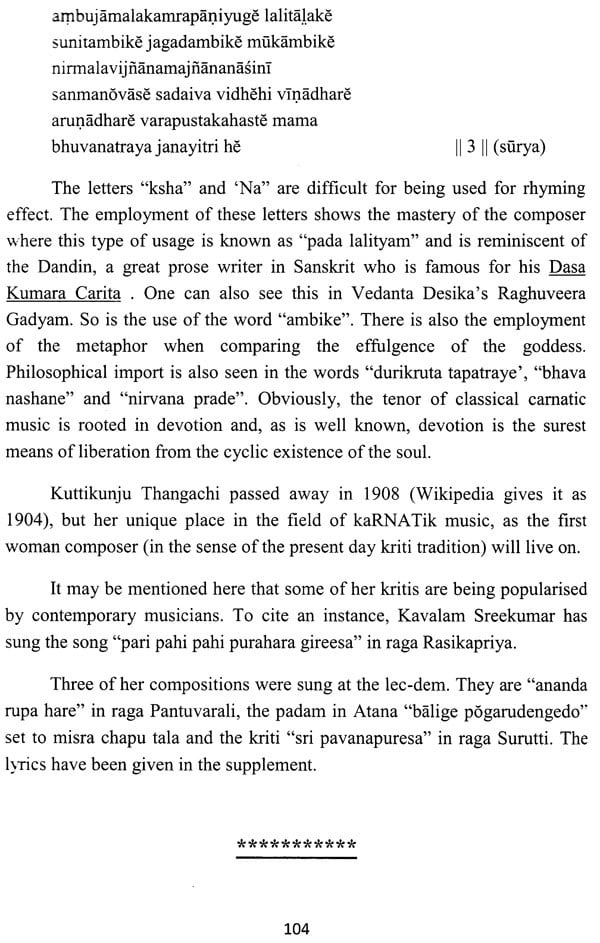 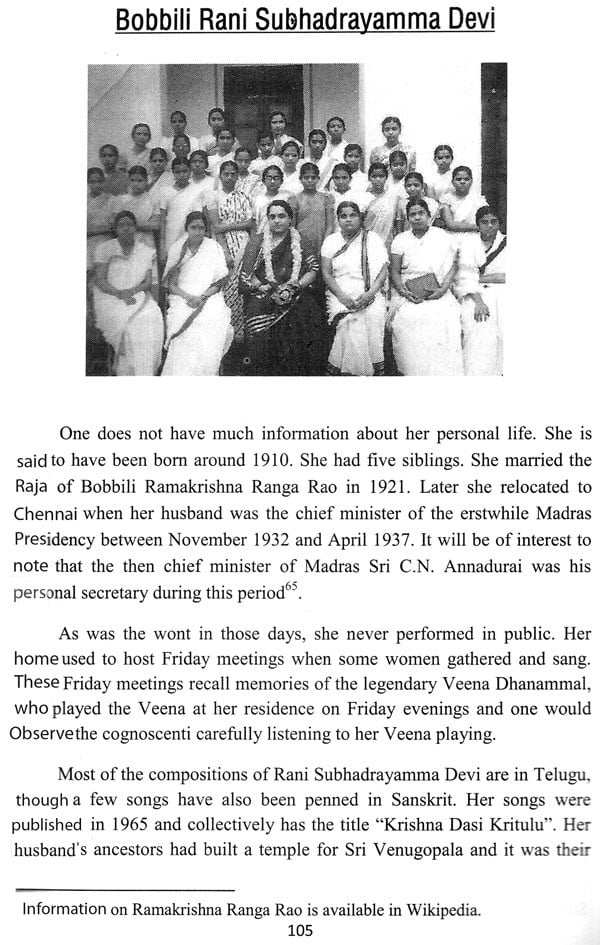 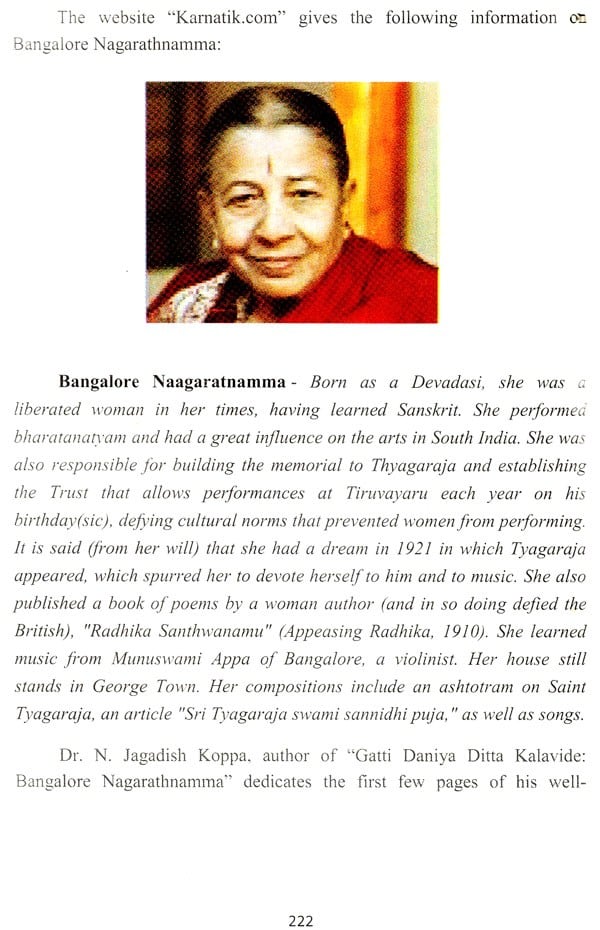 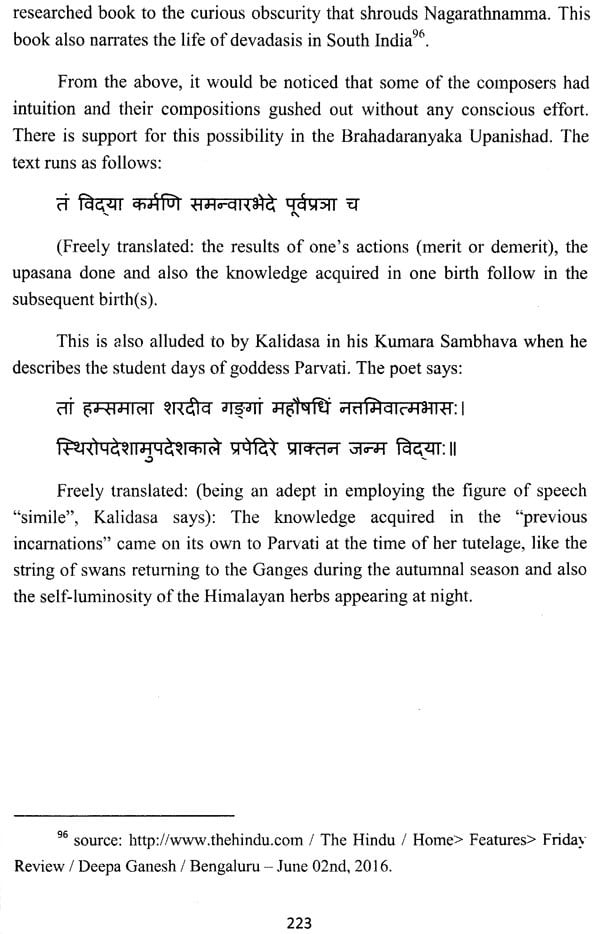 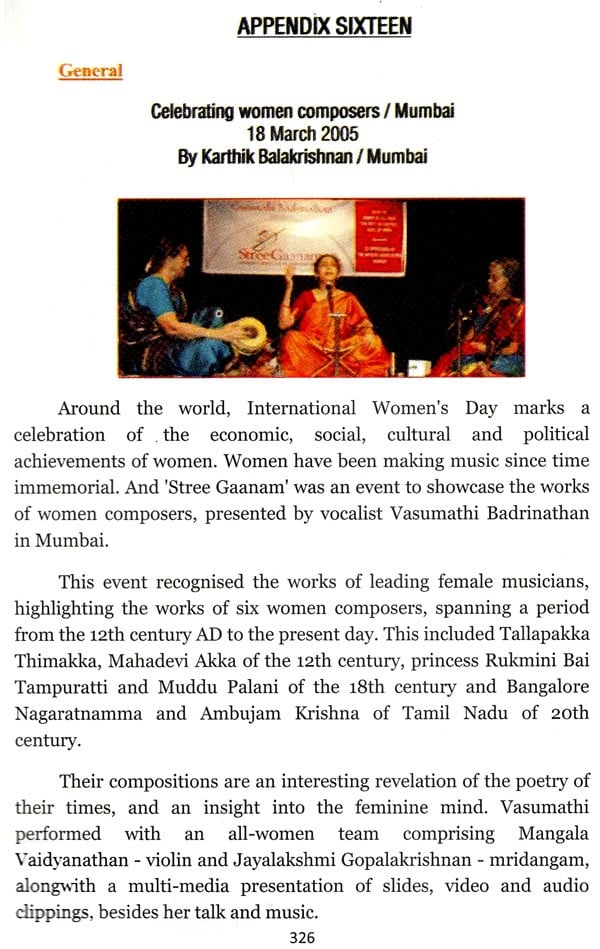 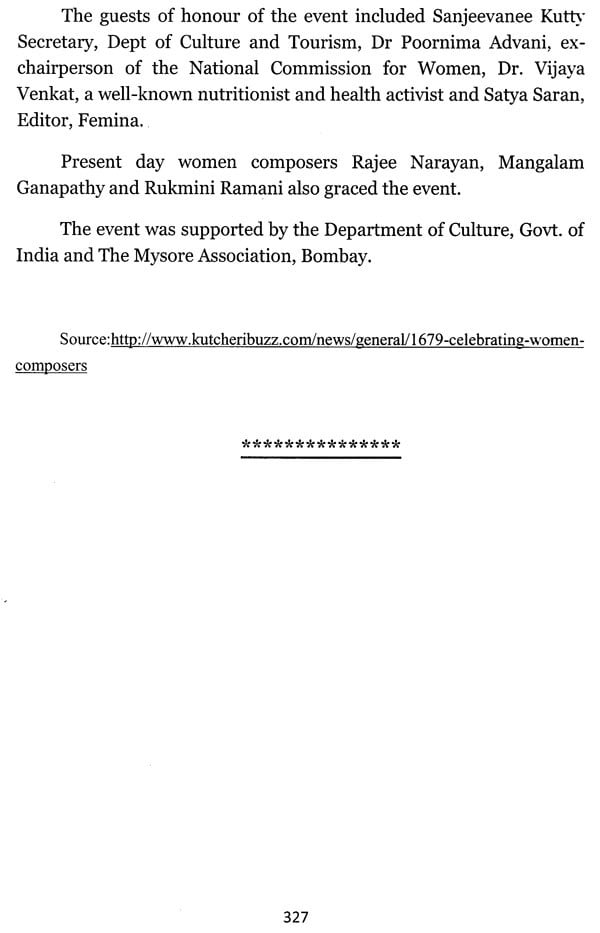