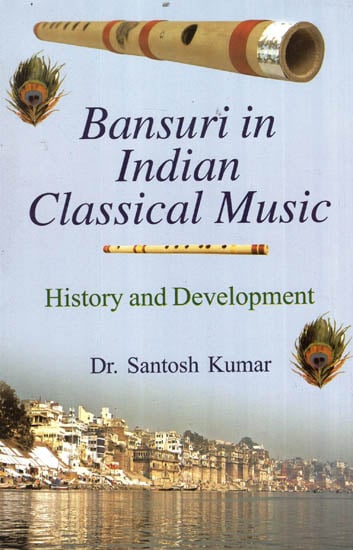 This book is about the North Indian classical bamboo flute, or 'bansuri': its history, development, and current status, from prehistoric times to the twenty-first century. It also includes information about the contributions of the pioneers and maestros of the bansuri who have made efforts to bring the instrument back into meanstream North Indian classical music performance. The book will be helpful to students and scholars of the bansuri as well as more broadly’North Indian Classical Music.

Dr. Santosh Kumar has performed many places in country as Solo and support artist. Some of the significant performance are~-Yuva Sangeet Mahotsav by Sangeet Natak Akademy New Delhi, at Silliguri (2008), ITC SRA & Kalaprakash, Baithak, at Varanasi (2014), Taa} Mahotsav, Agra (2013), Lamhi Mahotsav, by Govt. of U.P. Varanasi (2012), Jharkhand Day, at Delhi (2005), and many programs organized by Govt. of Jharkhand (Such as Jharkhand Foundation Day (2004) Sangeetanjali (2004), Sangeet Nritya Sandhya (2004), World Music Day (2003) etc.). For his excellent efforts in the field of Indian Classical music, he has been presented with the "Oogtaa Sooraj Samman" by Trisaptika at Bokaro, Jharkhand.

After completing masters from BHU, he qualified Common Research Entrance Test of BHU and got registered for Ph.D. from Banaras Hindu University in 2010 under Dr. Swarna Khuntia and completed Ph.D. in the year 2016. He qualified NET and awarded (JRF) Junior Research Fellowship of UGC in December 2010 followed by (SRF) Senior Research Fellowship of UGC in 2013.

Dr. Santosh Kumar is equally a good academician and working as Assistant Professor of Music (Flute) in Central University at Sikkim since 2014. Beside these Dr. Santosh is engaged in writing research articles and published more than a dozen of articles for musical, social and UGC listed research journals. He presented research papers in many National and international seminars and also fascinating himself in editing and writing books on music.

I started learning the music in a traditional style with the Bamboo flute after my senior secondary. Before this I was not attentive about the music learning system or the Guru Shishya style of education. There was no question about the academic education of music or for the instrumental flute in my mind that had struck for any moment. But the love with the music especially flute was there since my childhood. I used to play folk songs and Bollywood numbers (with similar notes not accurate). It was my only passion after studies. I graduated in Science (Botany Honors) and did technical courses in IT (Computer Science) along with Sangeet Prabhakar from Prayag Sangeet Samiti, Allahabad under the guidance of my 'Guru' Pandit Chetan Joshi with whose blessings I was exposed into the world of Indian Classical Music. The theory of the music and the story of Bamboo flute become my one of the greatest interest. I got opportunity to pursue my Masters in Instrumental music under the able guidance of Dr. Prahalad Nath—at Banaras Hindu University, Varanasi. Here In Varanasi, I got accepted as disciple by Pandit Devashish Dey. He has not only taught me the music, but also encouraged me towards the path of a researcher and academician of music.

After completing the Masters from BHU I cleared RET (Research Entrance Test) of the same Institution in the year 2010 and decided to work on the great interest of mine—"knowledge about the flute and its incarnation in the Contemporary North Indian style of music". The same year I qualified NET-JRF that helped me to pursue the research well. Here I got the acknowledgeable supervision of Dr. Swarna Khuntia who accepted me as his scholar and guided to work on the Bamboo flute and its development. In the year 2014 after jaining the Department of Music in Sikkim University as Assistant Professor was a great turning point in my life. This turning point has also helped me to collect the information and knowledge about the Bansuri and its development through different lance.

As the topic is about "The Bamboo Flute" an instrument that is most popular since the very beginning of the civilization but in the contemporary style of North Indian classical music it got popularized very lately as compare to others Instruments. Working on the topic was not very easy because of scarcity of Literatures that gives a full account of the topic. During last hundred years there were only few books and researches that meets the information of the related topic but not specific. Choosing the above topic had a great academic requirement for the intellectuals of music, students of music and specially the flute learners to get the history of the flute throughout the ages with the current status and the circumstances that made it to introduce in the North Indian classical music in 20th century.

To study on the topic I had used the methodology of Documentary Analysis, Monumental Analysis, Interviews, Discographies with Audios/Videos Recordings and all possible media relevant to gather information about historical, archeological, political, social, technological, economic and musical circumstances associated with the music and musical instruments respectively in special context to North Indian Classical flute i.e. Bamboo Flute.

In this book I have written the content from my own research on the Bansuri. The facts and figures are compiled according to the data collected from different sources that includes the documents, records and interviews. Before my research on the said topic of my Ph.D. I never found any book that comprise a complete knowledge of the subject. While working on my Ph.D. I found different opimion about many of the facts from different scholars, but at the end I have concluded with the most common and acceptable view of the scholars. Here I also want to mention that there are many facts which are still to discover that have not been collected in this book due to time constraints. This book is written with the objective to transfer knowledge about the Bansuri to the young scholars who are willing to work on the Bamboo flute and I am sure this book will help them a lot.

Since the Book is about the North Indian classical music, so most of the words used are of Hindi and Sanskrit, but I have used Roman script in writing. 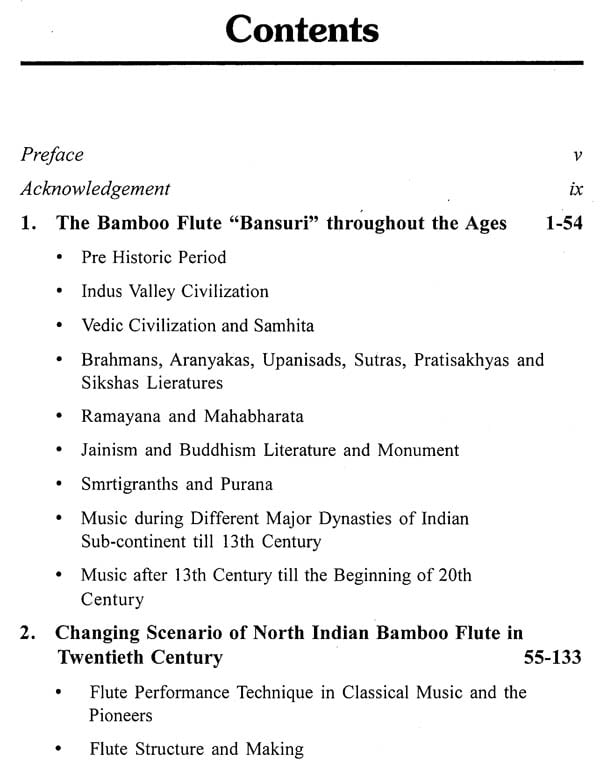 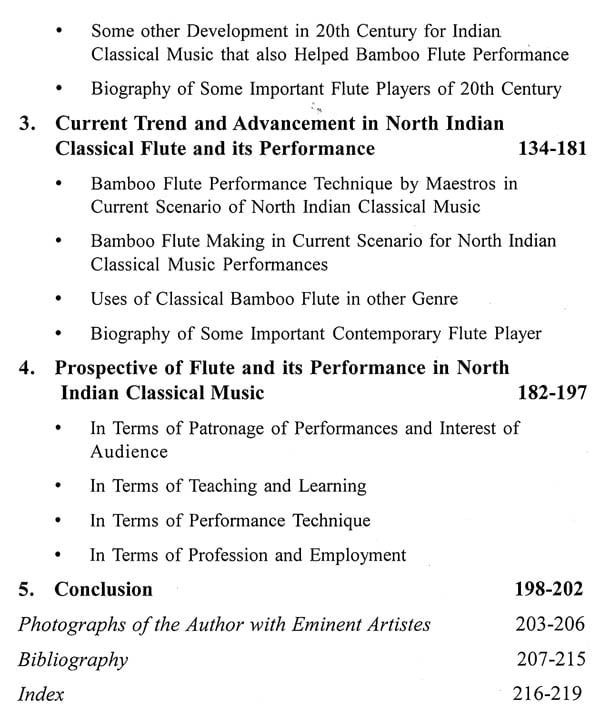 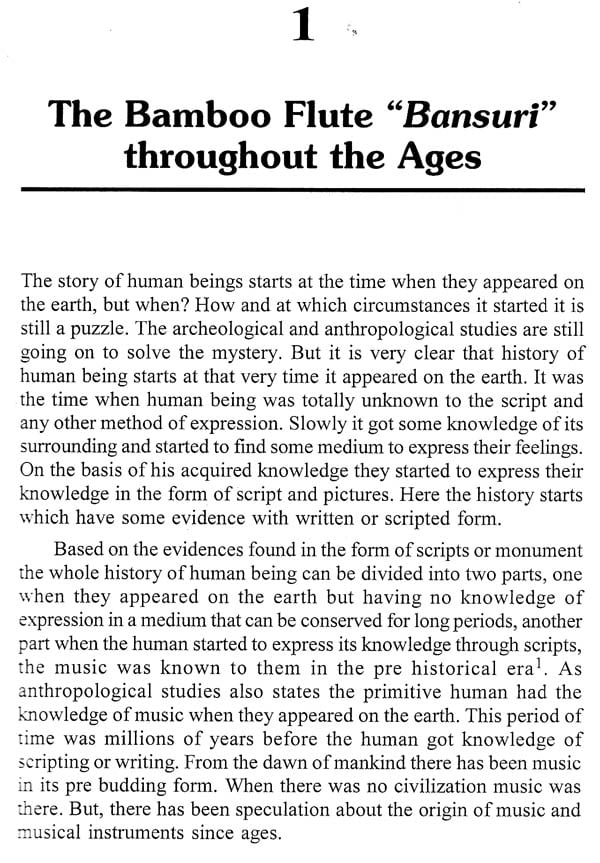 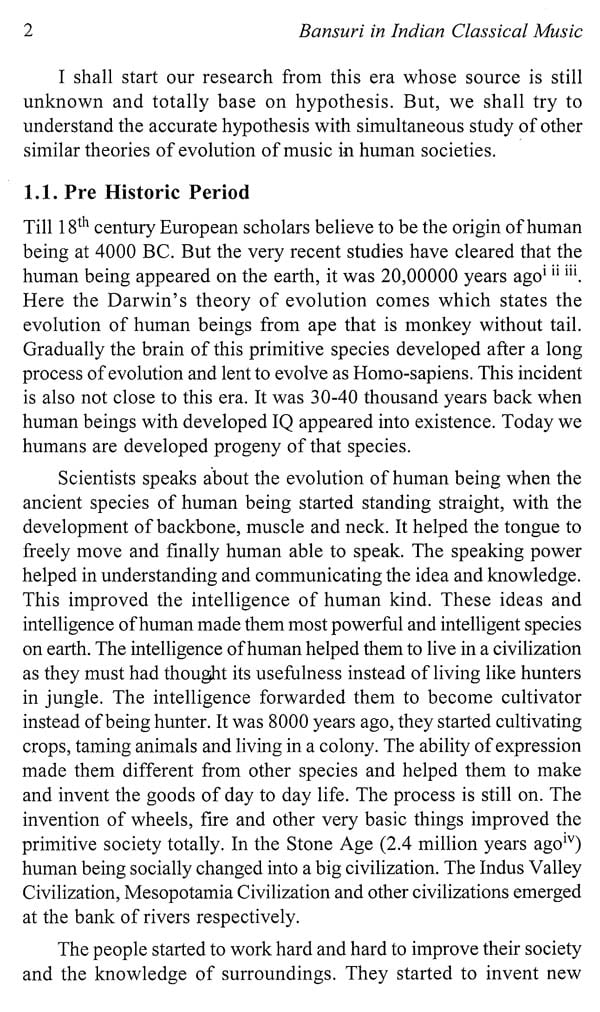 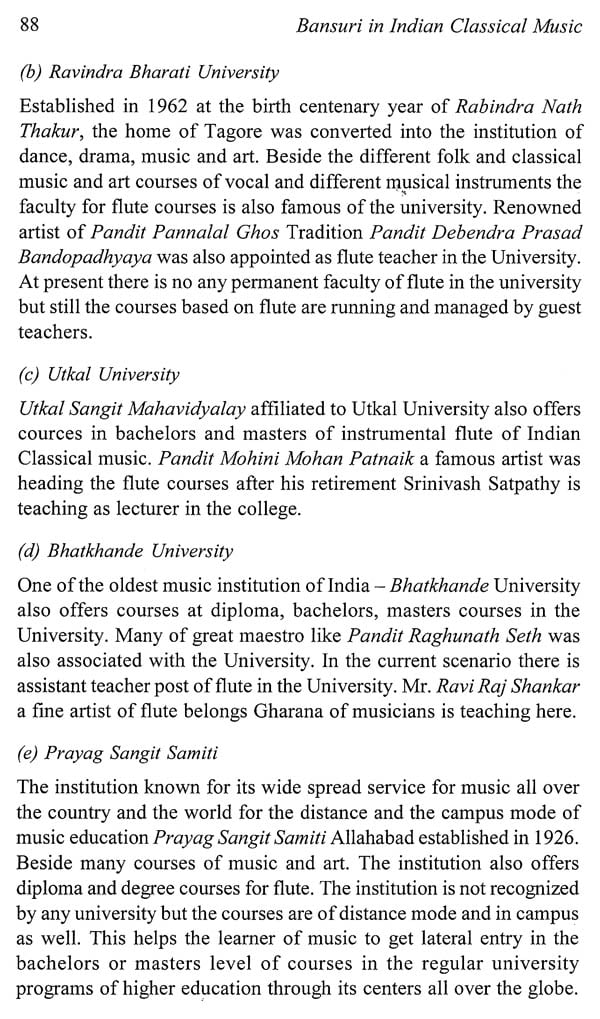 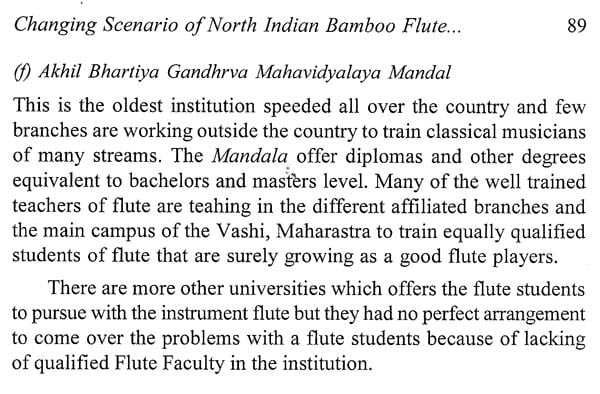 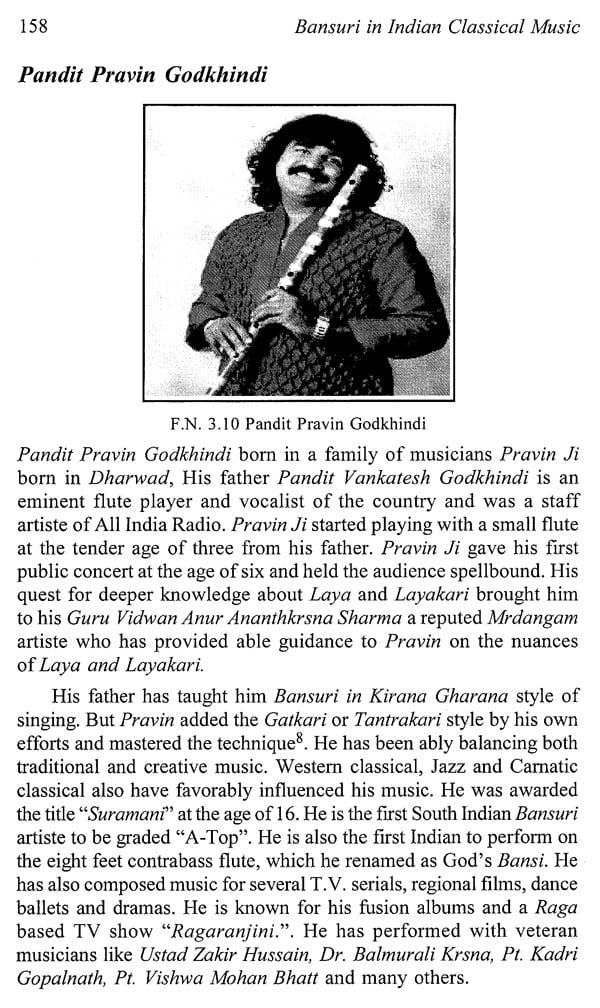 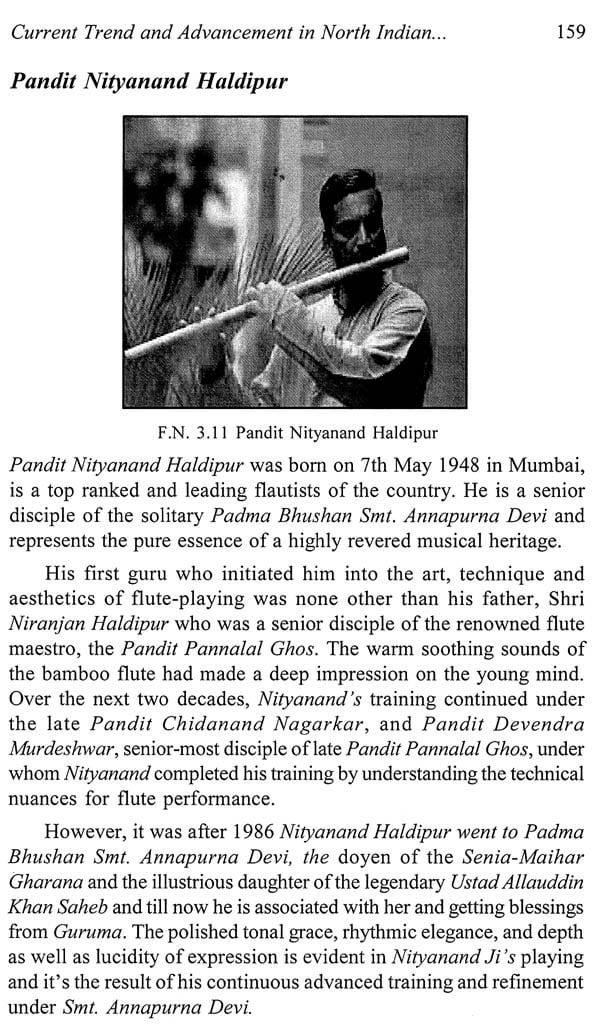 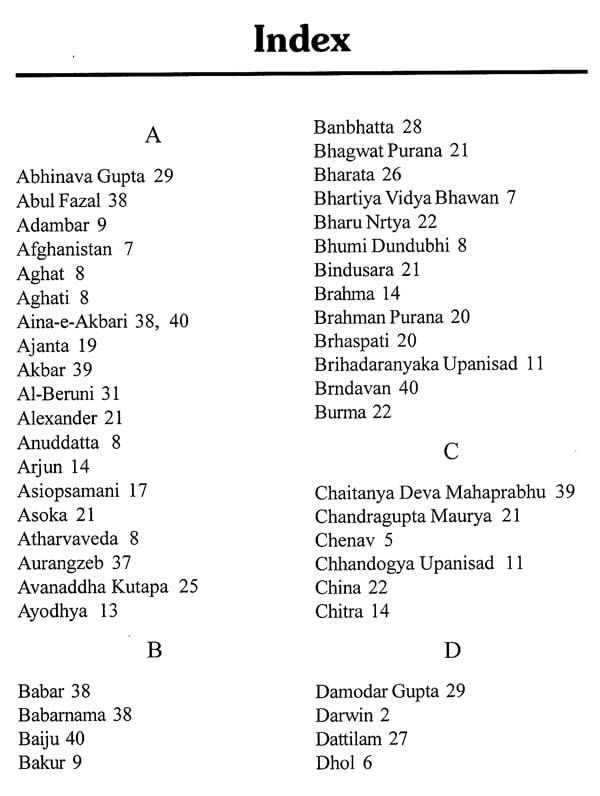 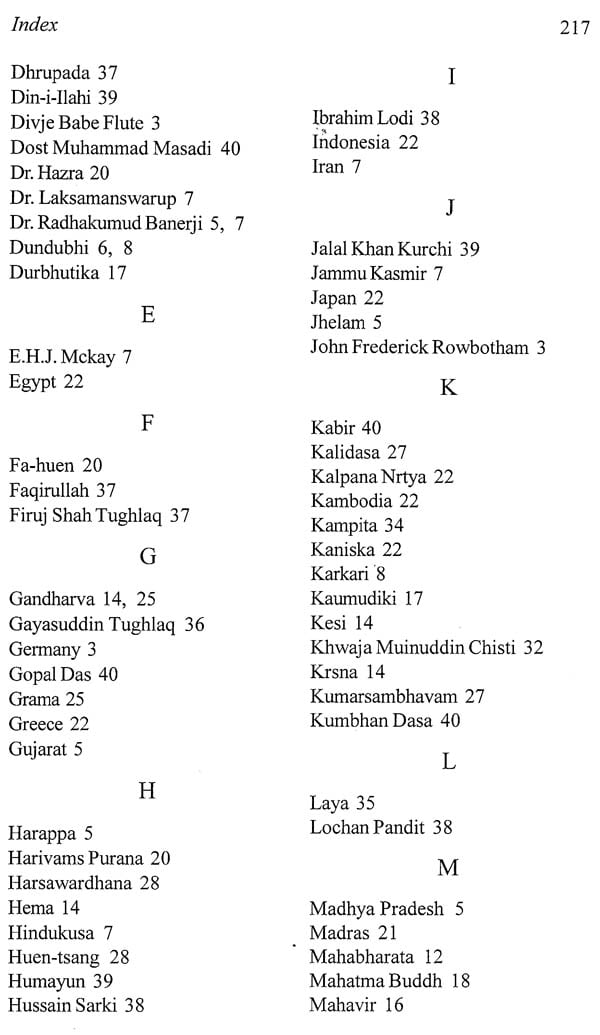 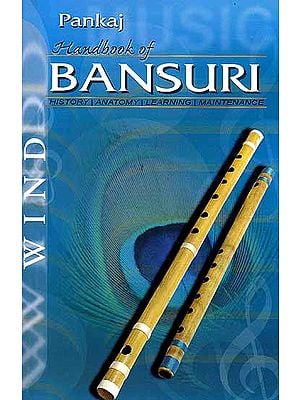 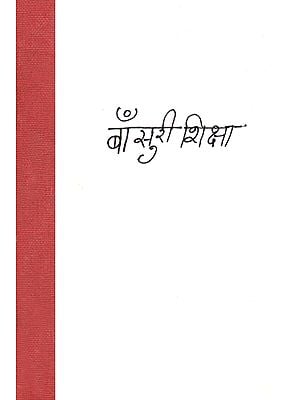 Folk Music of the Himalayas
By Mandira Ghosh
$111
FREE Delivery