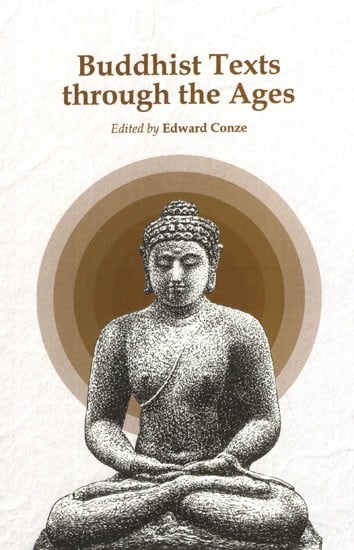 A comprehensive Anthology of Buddhist Texts has never before been attempted. The documents are distributed over so many languages that no one person could aim at know ing them all. More than a dozen collections of texts from the Pali Scriptures have been published and a fairly representative collection of Mahayana passages, translated by Prof. M. Winternitz, has appeared in German.! But there is no corre sponding publication in English for the Mahayana, and nothing in any European language for the Tantras, or for China and Japan. The overwhelming majority of the texts preserved in Sanskrit, Tibetan and the Far Eastern languages are still un translated. Even where English translations of Mahayana texts exist, they were in most cases carried out at a time when the particular idiom of these texts was only imperfectly under stood. Only in recent years has it become possible to translate accurately, and work done in the middle of the 2oth century is likely to be greatly superior to anything done fifty or more years ago.

All the texts in this book have been newly translated from the originals. The book is designed as a sequel to Dr. Conze’s book Buddhism,? which seemed to give a sufficiently authentic account of the development of Buddhist thought to serve as a basis for a collection of texts. In this Anthology only texts are given. They have not been encumbered with notes, on the assumption that the reader can find all the explanation that may be required in Dr. Conze’s book. Considerable attention has been given to the problem of ensuring uniformity in the rendering of technical terms. A Glossary provides a list of the main terms, with their Sanskrit equivalents. In a number of cases we decided not to translate the term at all, as words such as Buddha, Dharma, Nirvana and others are likely in due course to be absorbed into the English language. In other cases the English equivalent adopted here can be considered as a makeshift’ only. It is, for instance, impossible to find one English term which contains and can convey the whole wealth of meaning of a term like moha. Such difficulties are inherent in any translation, and we hope that the Glossary will help to reduce the dangers of misunderstanding.

The first section deals with the tradition of the Hinayana. The majority of the extracts chosen by Miss Horner are taken from the Pali Canon. A few passages from post-canonical works and from the old commentaries have been included. This limits the representation of the Hinayana to one school only, to the Theravadins. No extracts have been given to illustrate the traditions, or the specific doctrines, of any of the other seventeen Hinayana schools. This decision has been made merely for practical reasons, that is to say mainly be cause the Theravadin literature is both compact and, thanks to the editions and translations of the Pali Text Society, easily accessible. In any case, any differences found between various Hinayana sources concern only minor details of the doctrine, which fall outside the scope of this Anthology.

The question of how to present the material in this section gave rise to various difficulties. We finally agreed that, how ever fundamental the triad of Morality, Concentration and Wisdom may be, it would be easier, for purposes of historical information, to group the material under another Buddhist triad, that of Buddha, Dharma and Samgha. The usual order of this triad is here reversed, so that Samgha comes first and Buddha last. It is hoped that thereby a clearer indication may emerge of the progress that devotees and aspirants, the artyan disciples, ought to make.

Reginning as monks and nuns, in a regulated ‘homeless life’, they are disciplined from without and within by the authori tative rules and sanctions of the Samgha (monastic Order or Confraternity) to respond less and less to the demands of their sense-experiences. They can then strive the more ardently to acquire both a growing understanding and knowledge of Dharma and greater ease and success in practising it; thus they will become what they ought to be, in order finally to reach the Further Shore beyond the Rivers of Life and Death where they will stand on dry land, on the Isle of Nirvana, safe and secure in the plenitude of Wisdom. They are now Arahants, those who have done all there was to be done, and are perfectly ‘finished’.

In order to represent Dharma, only one classification and one statement have been chosen from among the numerous classifications and statements found in the Pali Canon: the Five Faculties, which include not only faith but also concen tration and wisdom; and, secondly, the essential formula of Conditioned Genesis or Dependent Origination, a teaching on the mean or middle way for the eradication of ill, suffering, insufficiency and anguish. "Precisely this do I teach, now as formerly: ill and the stopping of ill" (M. I. 140). Some of the ways of passing from the bonds and fetters of the Not-Beyond to the Freedom of the Beyond, the ways of Arahants and Buddhas, together with a small selection of the reasons for doing so, may be found in the chapter headed "The Object of Wisdom’. The fundamental object was to get free-free from all undesirable conditions and mental objects, free also from the more desirable ones. And to be free in the Highest: "As the great ocean has but one taste, that of salt, so has this Dharma and Discipline but one taste, the taste of Freedom"’ (Vin. ii. 239; A. iv. 203; Ud. 56). Since this taste of Freedom permeates the whole of the teaching, no individual extracts have been included as a separate category.

The third division of the extracts concerns the Buddha who, although born a man, as Tathagata is inconnumerable, "be yond all ways of telling" (Sn. 1076). For, released from the world, freed from the denotation of the five skandhas, he is no longer to be reckoned, either as the man so-and-so, or as one about whom, after the dissolution of his body, the statement could be made in truth and in fact that he is, is not, both is and is not, neither is nor is not. Because his is Wisdom as seen and known from the Further. Shore, he speaks and acts from this Wisdom and not from desire or volition; hence all that he does is karmically inoperative. Therefore he is trackless and un traceable. ‘"‘They call him, by whom attachment and aversion and ignorance have been discarded: one of developed self, Braliman-become, Tathagata, Buddha, who has passed by fear and dread, and put away everything". 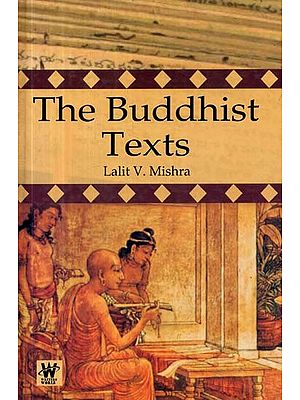 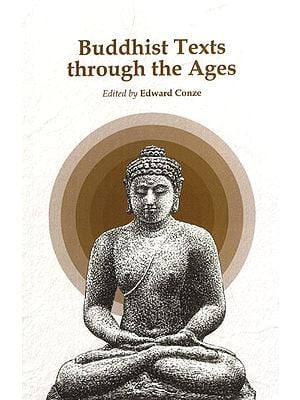 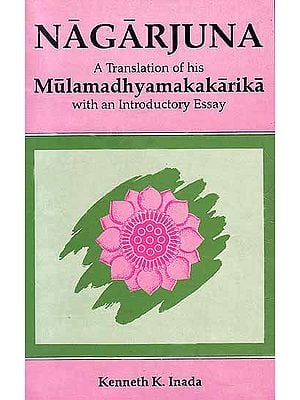 Nagarjuna: A Translation of his Mulamadhyamakakarika with an Introductory Essay
By Kenneth K. Inada
$23.25
FREE Delivery
$31  (25% off) 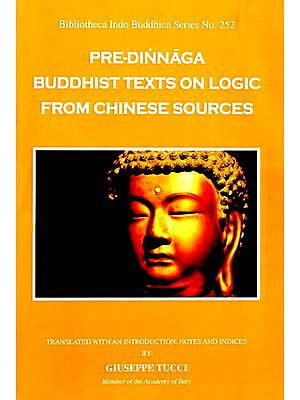 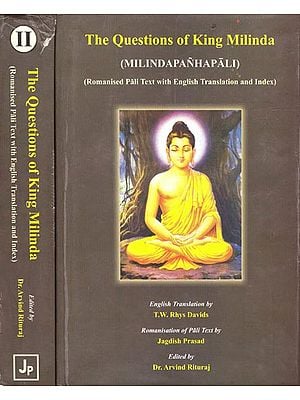 The Questions of King Milinda: Milindapanhapali (Romanised Pali Text with English Translation and Index) (Set of 2 Volumes)
By T.W.Rhys Davids
$54.75
FREE Delivery
$73  (25% off) 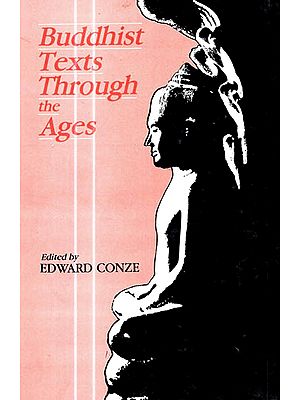 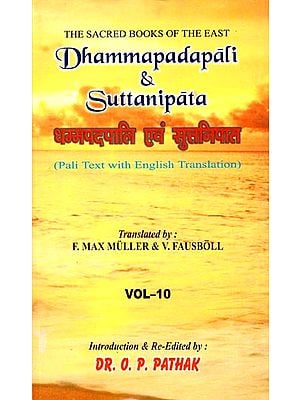 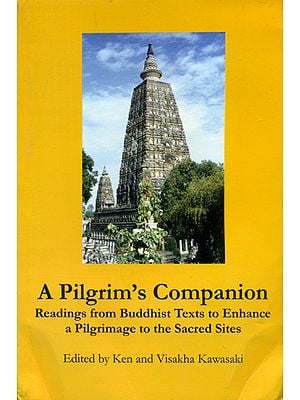 A Pilgrim's Companion - Readings Buddhist Texts to Enhance a Pilgrimage to the Sacred Sites
By Ken and Visakha Kawasaki
$29.25
FREE Delivery
$39  (25% off) 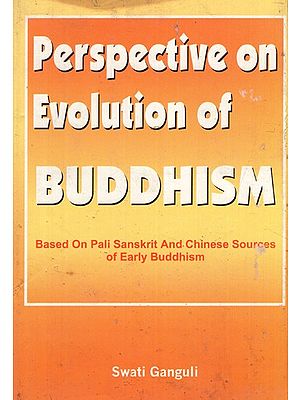 Perspective on Evolution of Buddhism- An Analysis of the Chinease Buddhist Text
By Swati Ganguli
$22.50
FREE Delivery
$30  (25% off)
Add a review
Have A Question