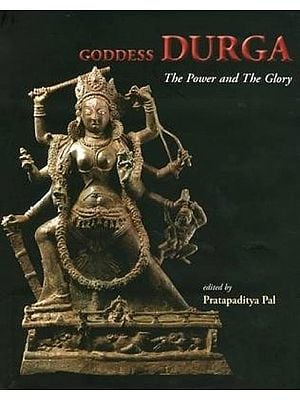 Goddess Durga - The Power and The Glory

This book of essays has no agenda — either gender or religious — but discusses the many facets of the Goddess Durga's images and worship on the Indian subcontinent. The nine authors (in keeping with Navaratri) belong to both the East and West, and to four religions: Hindu, Muslim, Buddhist, and Christian. They also include historians of religion and art as well as sociologists and anthropologists, thereby providing the readers with multiple perspectives on the subject.

The ten essays like the ten arms (dasabhuja) of the great goddess in her Bengali manifestation cannot possibly be all-encompassing but cover the physical geography of the subcontinent by including discussions of her presence and prevalence in Nepal and Kashmir, in Baluchistan, Tamil Nadu and Kerala, and of course, in West Bengal, especially Kolkata, where her autumn festival is celebrated annually with remarkable flamboyance and exuberance, in private as well as public. The book is lavishly illustrated with numerous colour photographs.

Ever since I can remember I have been familiar with Durga, who, along with Kali, is the most popular deity of the Bengali Hindus. During the '40s of the last century Durga was worshipped every autumn in our home in Calcutta (now Kolkata), in a polished brass water pot. On Shashthi, the sixth day of the lunar fortnight in the month of Ashwin (September—October), the family priest would ceremoniously consecrate the pot by filling it with water from the holy river Ganga (known as the Hooghly as it flows past the city to the Bay of Bengal), and inserting a twig with mango leaves (snapped from the tree behind our house) into the neck, then place a green coconut, which was covered with a thin, gauzy towel of the native kind, on its aperture. On the front of the pot he would paint an abstract stick figure with vermilion and so the terrestrial form was ready for the goddess to be invoked. Then with offerings of food and flowers, appropriate rituals and mantras, she would be worshipped for four days until the tenth (Dashami or Dassera), and the family would gather around the priest for the final blessings known as shanti or peace.

It was many years later that I learnt from the Devipurana, an ancient text recounting the myths, images, rituals, etc. of the Devi, a generic designation for goddess, that besides an icon she could be invoked in a waterpot, a book, a weapon such as the sword, and various other material forms.' In 1950 my parents began to commission annually a complete tableau of polychromed clay that is typically Bengali (figure 2, see also pp. 2, 4-7, and articles by Bean and Guha-Thakurta) and this tradition continued for the next 25 years. The four most vivid memories of Durga Puja of my childhood were the new clothes we were given, the relentless feasting for four days, the daily excursions to the various neighbourhoods to view the elaborate images and their settings in public assemblies (known as barawari puja), and the noisy bacchanalian processions on the tenth evening (or even the eleventh and twelfth nights). I also recall two other exciting elements of the annual festival which is like Christmas for Bengali Hindus, though much more joyously raucous and passionate in its public expression. These are the eager anticipation of the release of new literary anthologies known as sharadiya (autumn annuals) published by the leading newspapers and magazines, and of new records of popular songs, both Rabindrasangit or Tagore's songs, and others characterized as "modern" (see Guha-Thakurta).

While the autumnal worship and festival of Durga is a pan-Indian observance, its distinctive carnivalesque character and the centrality of the goddess's presence among the Bengali Hindu communities cannot be denied. Durga's characterization in Sanskrit texts is as a warrior goddess indulging in blood and gore. In Bengali homes, however, she is welcomed every autumn as a beloved daughter coming for her brief annual visit with her children but without Shiva, the husband.3 Her barwari worship, however, has become an excuse for levity, revelry, and collective catharsis.

In her essay, enhanced by her own photographs, the American scholar of Bengali culture Susan Bean has given us a meticulous narrative of the history of the Puja and the seasonal construction of the traditional unfired clay tableaus of Durga and her entourage, which she appositely characterizes as "vessels for the goddess". Tapati Guha-Thakurta, a daughter of Bengal and resident of Kolkata, on the other hand, speaks about the same clay "vessels" and their elaborate temporary habitats but in their contemporary forms. Hers is a fascinating discussion of the transformation of the festival into a spectacle towards the end of the 20th century in a political environment dominated by Marxist philosophy. The only comparable architectural productions are the Hollywood extravaganzas of the famed director Cecil B. DeMille.

I left India in 1962 and returned home during Puja only on a couple of occasions. In the late '50s, however, I was once in Nepal where I witnessed the tradition of sacrificing 108 buffalo calves before the royal temple of Taleju in Kathmandu but was surprised that there was no custom of creating clay tableaus of Durga complete with her brood of four children as was the case with the Bengali festival. Both the mode and significance of the worship of Durga in the Kathmandu Valley are quite different, as demonstrated in this volume by two articles, by Gautama Vajracharya and Anne Vergati. While Vergati provides an anthropological perspective in her analytical account of the festival of Dasai (as it is called in Nepal), Vajracharya offers new insights and interpretations of discretely Newari rituals and beliefs that reveal forgotten traditions in India.

Indeed, while the entire subcontinent was once the realm of Durga, as is clear from the concept of Shakta Pithas (and from the diverse articles in this volume), the forms and the rituals differ from region to region, reflecting the vast social, religious, cultural, and aesthetic diversity of the Hindu communities. Notwithstanding such differences, the volume begins with the unifying and overarching essay by the eminent Samkhya Yoga scholar Gerald Larson on the divine feminine in Indic spirituality. Apart from providing a brief outline of the cultural history of Devi, he presents a succinct analysis of the Devimahatmya, a 5th-6th-century text of fundamental importance for her worship, and offers a refreshingly novel discourse on the modes of apprehending or experiencing the divine feminine from an aesthetic perspective.

While Rajeshwari Ghose, a noted Indian art historian and a Tamil brahmin, recounts with personal experience the unique nature and meaning of the annual festival, known across the subcontinent as Navaratri (literally Nine Nights since it lasts for nine nights from the first to the tenth day of the lunar fortnight), in the Tamil Smarta context, Pepita Seth, a scholar/photographer of English origin who has long settled in India and for many years in Kerala, studying and photographing the region's temple life, tackles with remarkable brevity the complex and ancient Malayali tradition of Theyyam, probably a survival of an ancient empowering and transformative ritual associated with Shamanism. The focus of her article is the Muchilottu Bhagavathi, a generic expression for the goddess in the region.

In Tamil Nadu, unlike the Bengali tableau, Durga is often depicted alone and uncombative. Addressed as Bhadrakali or the auspicious Kali, she is shown either as a beautiful woman standing on the head of a buffalo (figure 4) or as a more militant figure destroying the titan while seated4 (figure 3). In the first image type she invariably holds the wheel and the conchshell with her upper hands (she either has four or eight arms, while the Bengali Durga in clay images is always Dashabhuja or ten-armed). The Tamil image clearly emphasizes her close association with Vishnu or Narayana, as is the case in the Evimabatmya , by far the most important religious text for the worship of Durga, its daily recitation being obligatory during Durga Puja. The most well Known and beautiful eulogy in the text is known as Narayanistuti, or the exaltation of Narayani (the feminine of Narayana) . In the meditative invocation with which one always makes the offering of flowers (anjali) she is as well addressed as Narayani in the expression narayani namastute (salutation to Narayani).

It may be noted that in Southeast Asia too she always holds the wheel and the conch in her two upper hands , and in early Cambodia particularly her form closely resembles that of the pallava images.(figure 5) 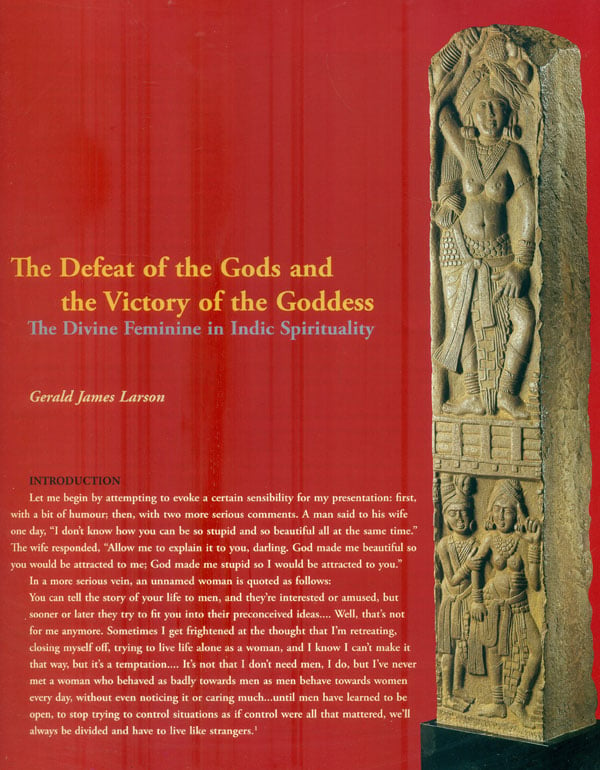 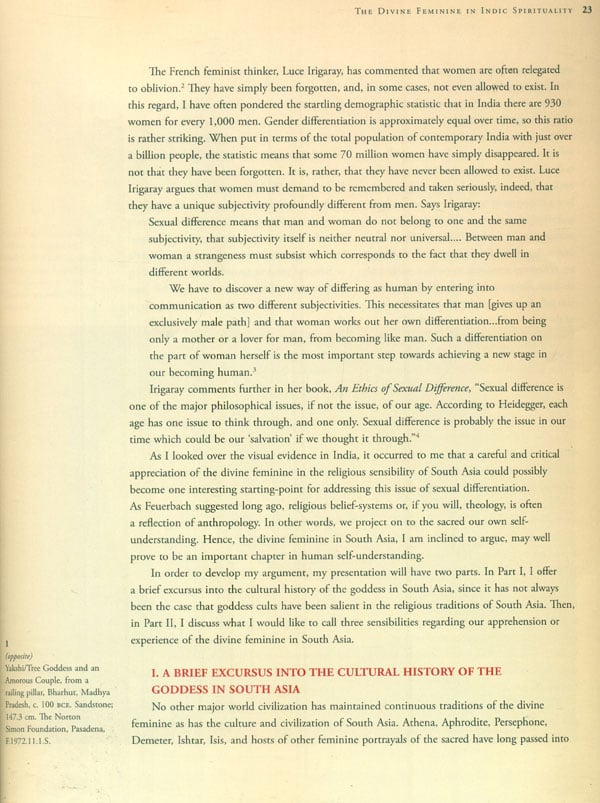 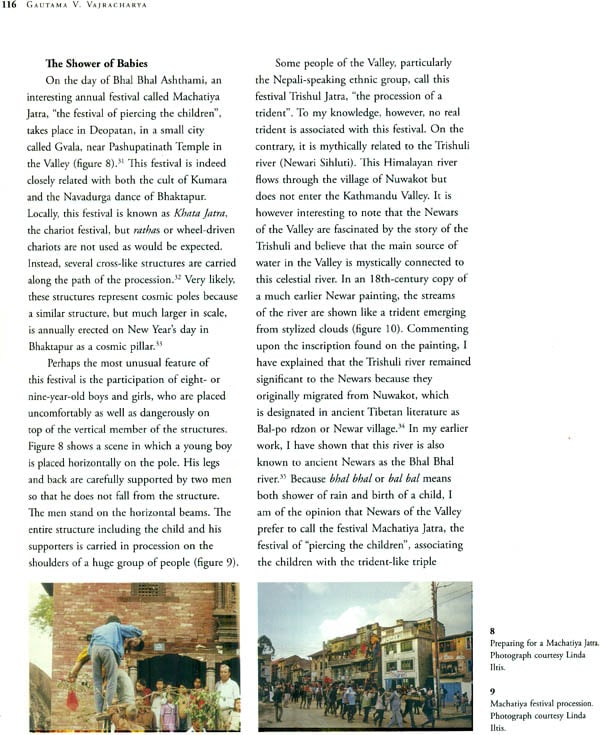 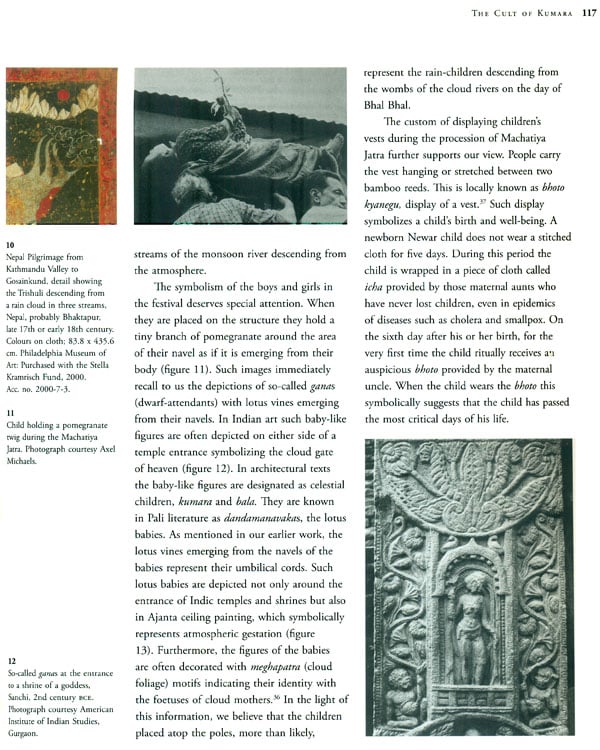 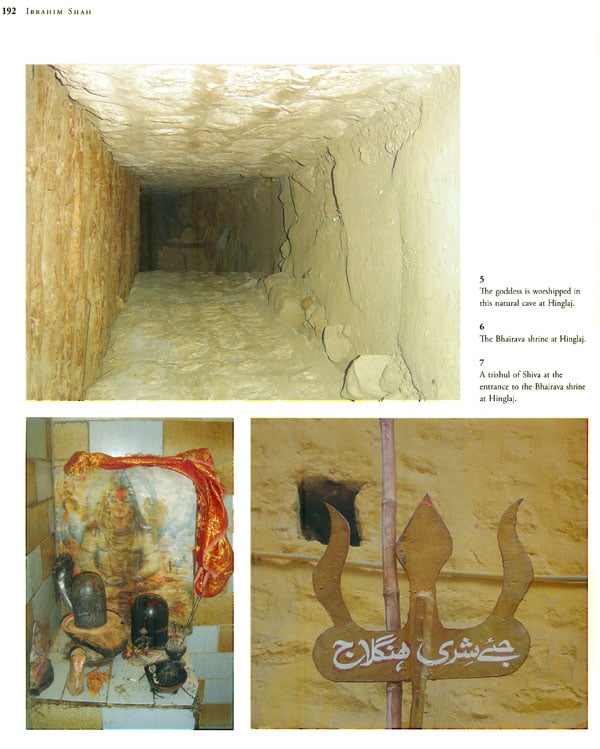 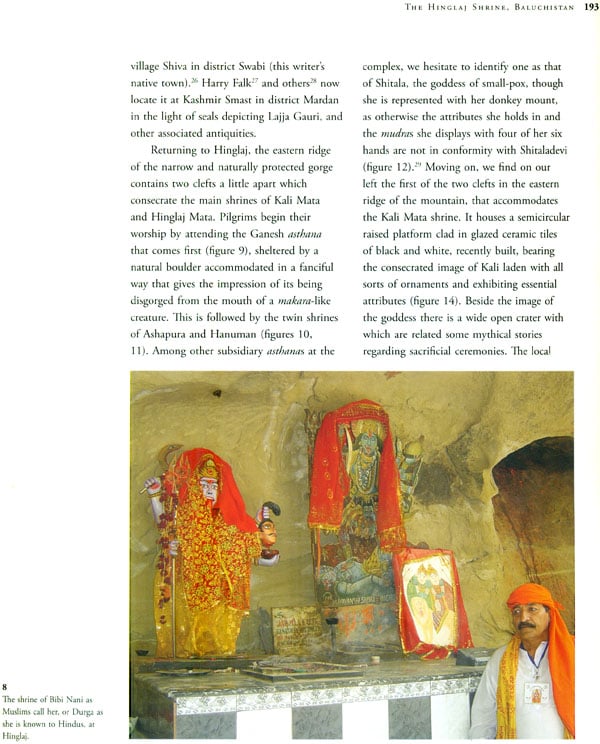