It is a matter of delight to all those who were partners in organizing the National conference on Mathematics and Astronomy of Bhaskaracharya II on 18th & 19th, December 2014 in Sri Venkateswara Vedic University, Tripati, with the blessings of the Authorities of Tirumala Tirupati Devasthanams and the Vice- Chancellor and other officers of the Sri Venkateswara Vedic University, Triputi.

The scholars who participated were mostly specialists in Ancient Indian Mathematics. They were invited from different Universities/ Research Establishments/ Colleges to deliver lectures. Some presented their Research papers.

Prof. G.S.R. Krishnamurthy, Registrar, Vedic University, was the Chief Guest in the Inaugural Session which was presided over by the learned Vice- Chancellor Professor K.E. Devanathan.

The texts of these talks are being brought out as proceedings of the conference, with the kind support of TTD and the University authorities.

We thank the scholars who responded to our request and sent the full length texts of their presentations which facilitated this publication.

If the readers point out any errors or suggest any changes to be incorporated they may kindly bring the same to the notice of the Editor/ Convener for further action in this regard..

With the benevolence and blessings of Lord Sri Venkateswara and indomitable will and untiring efforts of His Excellence Sri RameswaraThakurji, the then Governor of AP, Sri Venkateswara Vedic University was established in July 2006, through act no 29 of 2006 under the sponsoring of Tirumala Tirupati Devasthanams (TTD) and got the recognition of University Grants Commission (UGC). It has been especially set up to conduct traditional courses in UG, PG and advanced research in the areas of Vedas and other allied modern subject like mathematics and computer science. The university is on the quest of linking science and Vedas in terms of teaching and research for the benefit of society. It provided a right platform for traditional scholars and modern scientists to discuss and develop Vedic solutions to the present day crucial problems.

The Unit of mathematics came into existence in 2012 with its twin sister Units namely astronomy, and indigenous herbal science. Since 2009 the university has been offering only the certificate course in Vedic mathematics. With recommendations and suggestions Board of Studies and Educational Council the University started B.Sc, B.A with mathematics as one of the optional subjects. As per the university curricula the syllabus is framed as 20% traditional content and 80% modern content. Under 20% traditional content, Vedic mathematics is being taught. The remaining 80% is on par with the syllabus of the other universities in AP. At present there are 40 students in the department. At its initial stages, the department conducted a workshop on mathematical flavor in Vedas and Shastras, a seminar on geometrical concepts in sulba sutras and this conference on mathematics and astronomy of Bhaskara II. In addition to certificate course, it is offering PG diploma in ancient Indian Mathematics. Every year it has been conducting a training program for the benefit of the public in the name of Vesavi Shikshana Sibiram. Nearly 120 were being benefited by this program. It is trying to put its full efforts to bring a full fledged course on Vedic mathematics at both UG & PG Levels.

Sanskrit texts are the prime sources of much of ancient Indian knowledge. To search the modern scientific concepts in them one has to go deep into the scientific Sanskrit literature. The literature based subject knowledge is distributed mainly in Mathematics and Astronomy. Long back astronomy and mathematics were mingled together. Astronomers were the great mathematicians also. Our mother India gave birth to many such intellectuals. Aryabhata, Bhaskara-I, Brahmaputra, Mahaveeracharya, Bhaskara-II were few among them.

Bhaskara- II is a renowned astronomer and mathematician. He was last in the series of Indian savants starting with Aryabhata of 5th century. He was born in 1114 A.D. at Bijjada bida. The text Siddhanta Siromani stood as master-piece of his works. It contains four parts namely Lilavati, Bijaganitam, Grahaganitam and Goladhyaya. He became world popular with his work Lilavathi which can make every one fond of Mathematics.

From the calculations it is obvious that the year 2014 was 900th birth years of Bhaskara- II. In his commemoration, unit of Mathematics Sri Venakteswara Vedic University paying him an honour by conducting a two day national conference on his life and works.

Objectives of the Conference

The Younger generations are not aware of ancient Indian contributions to the field of mathematics which are relevant even today. Further they don’t have sufficient guidance and information to perform research in ancient Indian mathematics.

The main theme of the conference is to install a bridge between mathematics in Vedic lore and present day mathematics and to encourage the students to do their research in the field of ancient Indian mathematics.

Structure of the conference

This conference was inaugurated on 18th December, 2014 at 10.00A.M. by the chief guess Prof G.S.R. Krishnamurthy, Head, Dept of Sahitya, academic coordinator, Rashtirya Sanskrit Vidyapeetha, Tirupati. In his inaugural address he stressed upon the importance of Mathematics and contributions of Bhaskara II to the field of mathematics and astronomy.

Prof P.V. Arunachalam, Former Vice- Chancellor Dravidian University, Kuppam delivered the key note address. He said that any university can achieve either national or international reputations through its qualitative research only.

This inaugural session was presided over by the esteemed Vice- Chancellor or this University, Prof K.E.Devanathan. He told that Vedas are treasury of sciences and the University puts a constant effort in extracting various sciences from Vedas.

The first session was started at 12 noon by Prof. T.K.V. Ayyangar, Retd. Professor, NIT Warangal. He delivered a talk on “Indian Mathematical Heritage and Contributions of Bhaskara II”. It went upto 1.00 PM by Dr P. Satyanarayana, Montessori College of Education, Vijaywada. He gave a speech on “Understanding Lilavati- An effort”.

On 2nd Day i.e. on 19th Dec 2014, the morning session was started at 9.00 PM. by Prof P.V. Arunachalam, Former Vice- chancellor, Dravidian University, Kuppam. He gave a description on “Jyottpatti of Bhaskara II”. Next Dr. Rajagopala Rao, of ONGC gave a detailed lecture on “Zero and Infinity in Bhaskaracharya works” and Prof. Rama Subramanyam, IIT Mumbai delivered a talk on “Presenting Mathematics in Metrical Form”. The second session started at 11.30 AM with Paper Presentations. It went up to 1.00 PM. Nearly 40 participants tooks part in the conference. Among them, there were Research Scholars, UG & PG students. 20 scholars presented their papers related to the conference.

Before the valedictory there was a documentary film on Srinivasa Ramanujan shown by Prof. K. Sreenivasa Rao. It went on for one hour duration. The valedictory function started at 3.30 PM. Prof. R.K. Thakur, Dept. of jyotish, Dean, Academic Affairs, R.S. Vidyapeeth was the chief guest of this function.

Dr.C.V. Sulochana, convener of this conference read out the conference report. Prof. R.K. Thakur appreciated the department for conducting the conference activity. He gave a brief treatise on Siddhanta Siromani. The conference was concluded with vote of thanks by Dr. M. Rama Krishnanjaneyulu, Asst Registrar, Academic Affairs of SVVU-TPT. 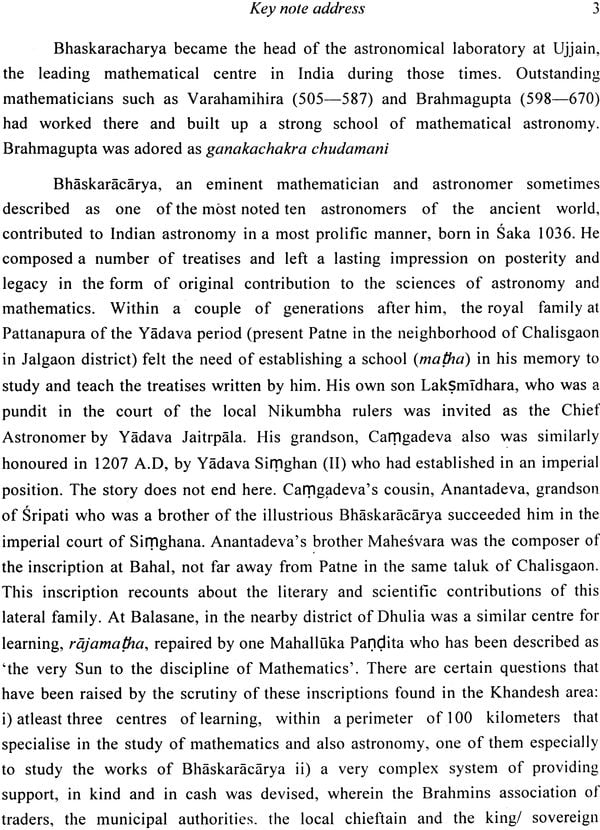 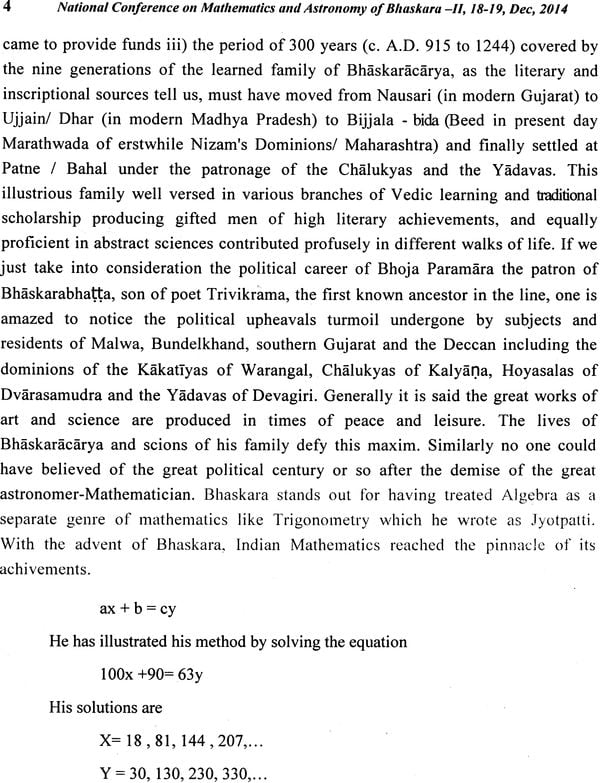 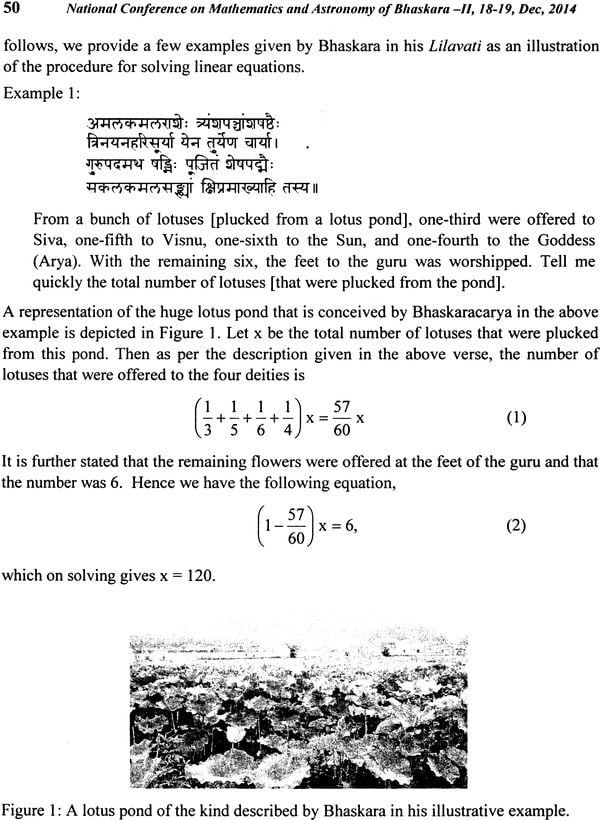 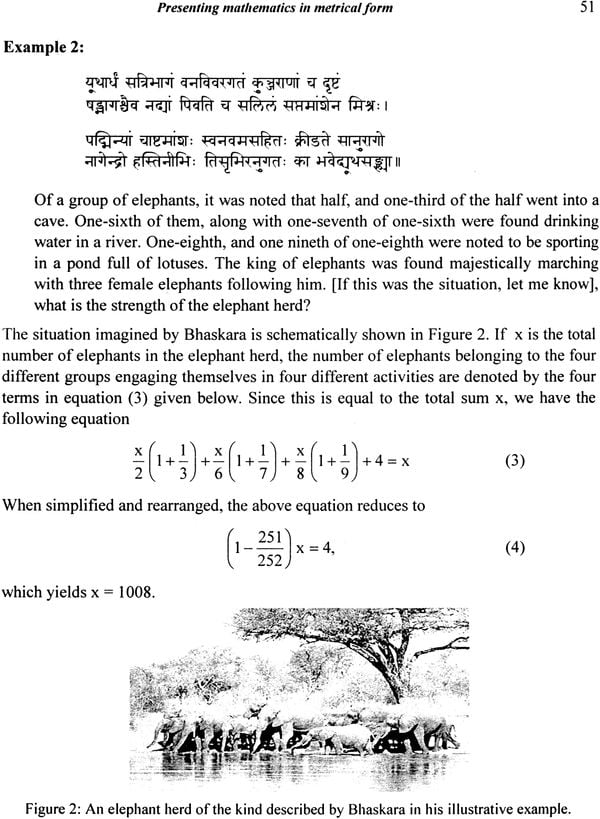 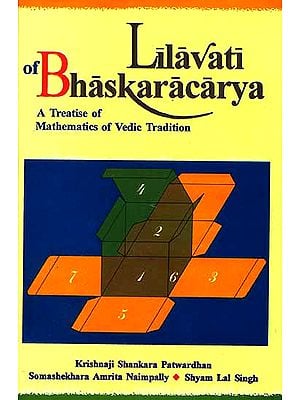 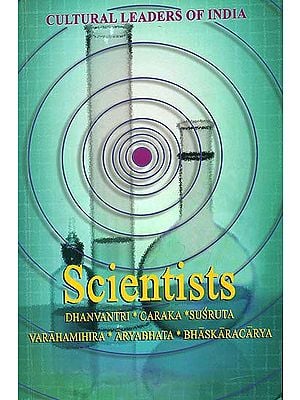 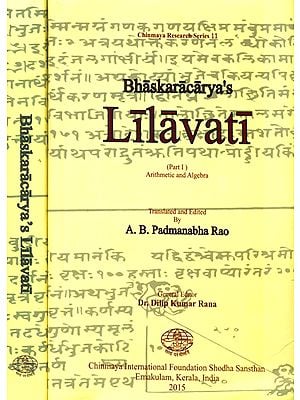 Lilavati of Bhaskaracarya (Set of 2 Volumes)
By A. B. Padmanabha Rao
$47
Out of Stock 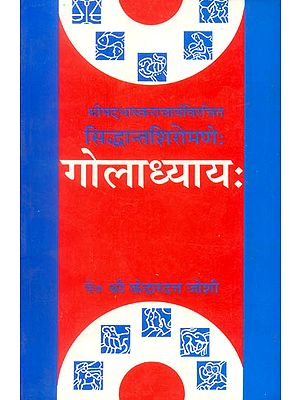 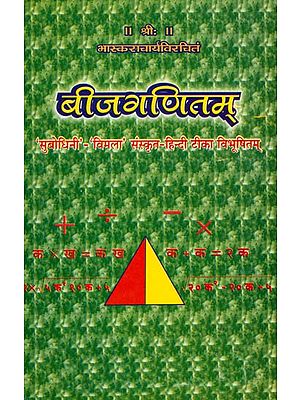 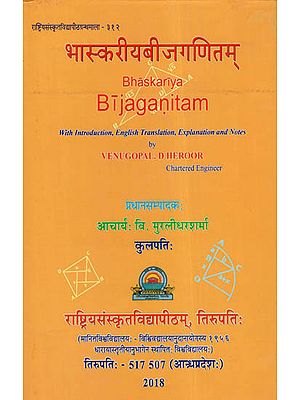 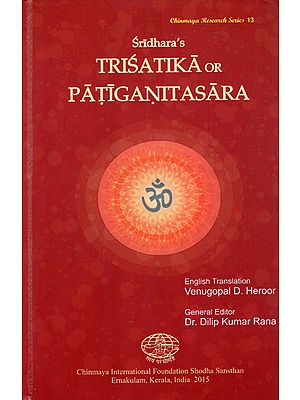 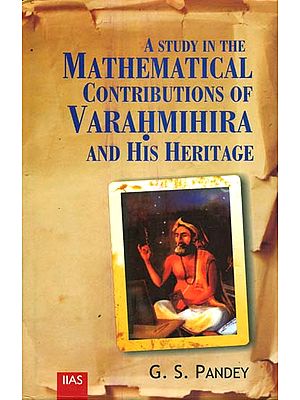 A Study In The Mathematical Contributions of Varahmihira And His Heritage
By G. S. Pandey
$39
FREE Delivery 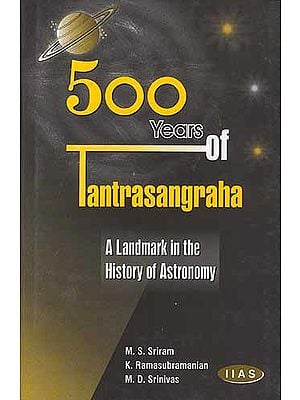 500 Years of Tantrasangraha: A Landmark in the History of Astronomy
By K. Ramasubramanian,M. S. Sriram &M. D. Srinivas
$28
Out of Stock

Society and Culture in Northern India in the Twelfth Century
By B. N. S. Yadava
$39
FREE Delivery 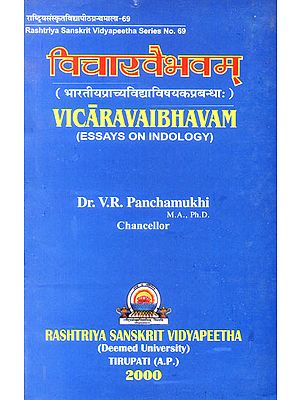